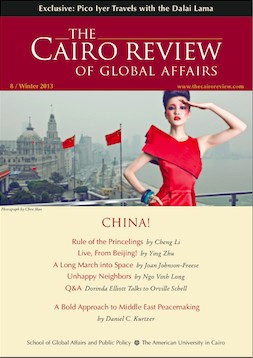 The Mission of Middle East Studies

Middle East Studies is a curious field. Unlike more sharply defined traditional social sciences, it may appear to be an arbitrary collection of disciplinary approaches studying an arbitrary collection of countries. It often finds itself in cross currents that mirror the politics—and passions—of the region it examines. The Middle East Studies Center at the American University in Cairo recently hosted a panel of specialists to engage in some self-reflection that seemed particularly apt in the midst of the Arab Spring: “Why Middle East Studies? A Discussion of the State of the Field.”

By Fritz Lodge and Stephen Kalin

Is the Middle East entering a new Cold War? That was a question posed at a recent conference at the AUC by Fulya Atacan, a professor of political science at Yildiz Technical University in Istanbul.

While the consequences of Asia’s rise have been exhaustively analyzed in the global context, relatively few have questioned the effect of a rising East on the rapid transformation of the countries of the Middle East.

Waiting for the Next Act

Orville Schell, the Arthur Ross Director of the Center on U.S.-China Relations at the Asia Society in New York, has been studying and writing about China for more than fifty years. He speaks with Dorinda Elliott about the recent leadership transition, prospects for constitutionalism, dangers of nationalism, need for greater Washington-Beijing cooperation, and this next phase of Chinese history.

The Extraordinary Fall of Bo Xilai

Investigating a murder in Chongqing.

The meaning of Chinese history since 1750.

The Last Refuge: Yemen, Al-Qaeda, and America’s War in Arabia

The rise of Al-Qaeda in Yemen.

Addresses on China and the World

Addresses on China and the World.

Rule of the Princelings

Xi Jinping received a strong mandate to govern during the 18th Party Congress of the Communist Party of China in November. Accelerating economic reform is clearly on his agenda. But how far will he move the country from authoritarianism to democracy?

Gone are the days when China Central Television broadcast nothing but party propaganda. It is a modern media empire, operationally autonomous and fending off competition from a rising number of rival domestic channels. Now, like Qatar’s Al Jazeera, it is taking on the world. CCTV is a channel to watch.

When Liu Yang became China’s first female taikonaut with the launch of Shenzhou 9 in 2012, it was yet another sign that the country is catching up with the United States in the conquest of outer space. Concerning the military motives behind China’s ambitious program, however, it’s time to separate wild speculation from valid conclusions.

China is aggressively enforcing a self-declared zone of sovereignty in wide areas of the South China Sea. Its takeover of disputed islands and arrests of fisherman have triggered growing diplomatic and legal challenges to Beijing. Without a Code of Conduct for the contested waters, the region may become a new global flashpoint.

The 14th Dalai Lama may be a Buddhist spiritual figure, but pragmatism is all that truly matters for him. He is a doctor of the mind, determined to locate the source of suffering and come up with a practical cure. As the author observed while traveling with him in Japan, it is a message that resonates far beyond Tibet and China.

The United States should develop a new, comprehensive policy and a sustained strategy for advancing the Israeli-Palestinian peace process. Amid growing skepticism about and opposition to Washington’s policy in the Middle East, a serious effort can have a transformative effect on U.S. standing and credibility.