AUC President Lisa Anderson, a political scientist and a past president of the Middle East Studies Association, put the development of Middle East Studies in the context of the evolution of the social sciences. “The social sciences were born as the handmaidens of public policy from the very beginning,” she argued. “The conceit that the social sciences were ever separate from political power is one that we should discard. From the very beginning, questions that were posed by the precursors of political scientists in the 1870s and 1880s in the United States, people who thought of themselves at that time as political economists, were questions of public moment. They were really about the progressive era in the United States at that time, a period of considerable ferment and debate about how the country ought to be run. And that was when the social sciences as we know them were born.” Some have expressed dismay at the failure of social scientists to foresee the Arab uprisings, but Anderson preferred to cast it as a challenge: “Those of us who have been practicing political science, particularly both of and in the region, have found enormous exhilaration in hope—and hope in recognition of how wrongheaded and myopic our disciplines have so often proved to be.”

Bassam Haddad, director of the Middle East Studies Program at George Mason University, put forth another challenge, declaring: “The mainstream discourse in the United States on the Middle East can be more important than what is actually going on in the Middle East itself.” By that he was referring to the simplistic and biased narrative collectively written by American scholars and journalists that influences or reinforces American policy for the Middle East and that in turn has had profound consequences for the region. He pointed to cynical shifts in U.S. media coverage of the Arab Spring. “Reports, analysis and writings on the uprisings in the United States during the first few months spoke of masses that defied authoritarian rule by going to streets and risking life and limb,” he explained. “However, there was no pre-designated location or space in the mainstream discourse to put these images, so they floated, un-theorized. No sooner than the uprisings became messy, chaotic, and violent, we began to detect a different trend. The media in the United States went full circle to interpret the meaning of the uprisings through the good old perennial lens.” Haddad told the gathering about an effort he is leading to address the problem of the distorted narrative, the Knowledge Production Project, which aims to accumulate and catalogue all material produced in the U.S. concerning the Middle East. The project will include everything from think tank policy papers and academic analyses to popular films and literature, collected in a database that will permit, he said, new inquiries into the connections between these plural centers of knowledge production and the development of U.S. foreign policy.


Hoda Elsadda, a professor of English and comparative literature at Cairo University, addressed the underlying question in the discussion: Is scholarship isolated from the real world? For Elsadda, it is essential that Middle East Studies scholars consciously strive to make a positive contribution to the region they study. Quoting South African cleric and Nobel Peace Laureate Desmond Tutu, she concluded: “If you are neutral in situations of injustice, you have chosen the side of the oppressor.”
Print 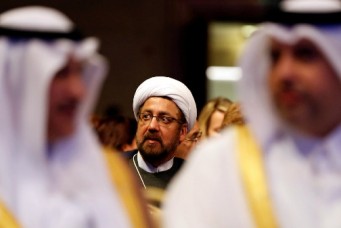