I have always been dubious about looking back at the past year and coming up with a list of “top ten this” or “top twenty that” items, mainly because the process of choosing is so selective as to be meaningless to a general audience whose millions of members may not share the values or criteria of the list compiler. Also, any top ten list compiler cannot possibly digest or even just scan all the items in the chosen category, such as books, movies, or tweets, so such exercises seem mostly as endeavors of the ego or the marketing department.

This does not mean we should just forget the events of the past year—a compendium of constructive or criminal human behavior, of valor or thuggery. It is useful to spot meaningful patterns that help us make sense of our bewildering world, and to acknowledge positive developments to be continued alongside negative ones to be avoided.

Applying this principle to the last year in the Middle East reveals several troubling trends that have made life difficult for hundreds of millions of people. One in particular stands out, and strikes me as a root cause of many other negative trends that plague our region. This is the tendency of governments to use increasingly harsh measures to restrict the freedoms of their citizens to express themselves and meaningfully to participate politically and hold power accountable.

Several aspects of this behavior make it especially onerous. It is practiced by all states in the region—Arab, Israeli, Iranian, and Turkish—leaving few people in this part of the world who can live as fully free and dignified human beings. It is justified on the basis of existing constitutional powers, so governments can jail tens of thousands of their citizens, rescind their nationality, or torture and kill them in the worst cases, simply because of the views they express, without any recourse to legal or political challenge. It shows no signs of abating, and indeed may be worsening in lands like Egypt, Turkey, and others. And, it is most often practiced as part of a “war on terror” that seeks to quell criminal terror attacks, but in practice achieves the opposite; the curtailment of citizen rights and freedoms exacerbates the indignities and humiliations that citizens feel against their government, which usually amplifies, rather than reduces, the threat of political violence.

The dark, sick heart of this terrible legacy of 2015 is the narrowing space across the entire Middle East for individuals—or for groups of citizens in political parties, the media, art and cultural institutions, and civil society—to express themselves freely on issues that matter to them and their families. Freedom of expression strikes me as the single most important value that must be protected and promoted today in every Middle Eastern country, because it is the foundation for calm, integrity, and stability in society—which are the building blocks of thriving economies and legitimate and durable states.

This right is so critical for individuals and entire societies because it allows individual and organized groups of citizens to express their sentiments and grievances, offer useful suggestions, hold public and private sector power accountable, and participate in social, economic and political decisions that shape their lives. Citizens who feel they can express themselves freely and responsibly, within reasonable limits of the law that they helped to define, give expression to their humanity that distinguishes them from sheep, palm trees, and other admirable fixtures of our societies.

Freedom of expression and participation in the public sphere are powerful antidotes to the sense of hopelessness, marginalization, and helplessness that were such important drivers of the Arab uprisings and revolutions in 2011-12. The freedom to speak out and engage politically in society keeps people seeking non-violent ways to repair the broken systems and promises of their societies. For educated young adults, it also helps to keep them living in their own countries, rather than emigrating and depriving their societies of their talents and energy.

The regression in freedom of speech, press, and political participation in the past year across the entire region is no surprise, because governments that panic in the face of a local or foreign threat usually take the easy route of shutting up their own people, rather than defeating the threat by attacking its root causes. If rhetoric is indeed the first step to action, then expanding freedom of expression is the top priority our societies face, if they hope to have any chance of developing into pluralistic democracies that can boast about more than their fine sheep and palm trees.

May we all strive for this in the new year, with my best wishes and thanks to all readers on this occasion. 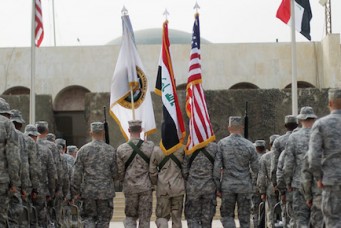 Dark Geopolitics of the Middle East 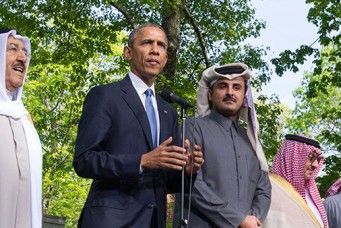 Imperial Crimes In The United States And The Middle East