The events of the past few weeks in Algeria and Sudan have caused different groups to revisit the Arab Spring framing to make sense of recent developments there—and give lessons about possible paths for those countries to take. Supporters of the Arab Spring in these and other Arab countries that underwent uprisings almost nine years ago warned of not giving in too quickly to the military and security establishment. Their recommendation not only consisted of the removal of old-guard politicians, but also the immediate establishment of civilian supervision to oversee political transitions.

Those who opposed the Arab Spring uprisings advised aborting the wave of public expression and keeping the established leaders in power as long as possible. Their logic is to ensure that the longstanding status quo remains unchanged. A third group—opportunists associated with past regimes, or their adversaries who vary from country to country between Islamists and non-Islamists—jockey to position themselves as purveyors of stability or change depending on their position and circumstances, even though they cannot legitimately claim to be either.

All three of these groups are naively shortsighted, or worse still, are dogmatic and driven by personal interest. Taking such postures will only cause the Arab Spring to be seen as a recurring event that fails to fulfill its purpose. Also, because these groups fall short of addressing the real core reasons for the public’s discontent or offering concrete institutional and policy solutions that are actionable, their cautionary notes about instability will most likely become self-fulfilling prophecies.

Beyond these groups’ views, I am confident that there are a few who appreciate the inevitability of change, recognize the need for greater engagement with the public, and understand that principled but realistic compromises are imperative for a smooth transition and a different future which nevertheless preserves the national identity, security, and the sovereignty of the state. Irrespective of the choice of governing system— whether it is a presidential or parliamentary system or a monarchy or a sheikhdom and irrespective of the degree of shared governance (democracy, federalism, and centralization)—for this group to succeed, good and efficient governance is imperative. This can only be achieved by having the country’s upper leadership respond to the desires and aspirations of people and make them feel like they have a stake in their own future building. They must also respond to their daily material needs by providing goods and services that are commensurate with their income and financial resources. In other words, catering to both the hearts and minds of the public is essential.

Good governance, in any form, requires transparency and accountability. With these tools in hand, those in government can correctly assess and respond to public needs, pre-empting the build-up of frustrations and averting mass discontent. The public, in return, will feel empowered to be participants in a shared model of governance without becoming a disruptive force.

Politically, how can good governance be achieved? Mainly, through checks and balances that enable each of the state’s institutions to fulfill its responsibilities. It is crucial therefore to have an explicit separation of powers between the executive, judicial, and legislative branches of government. To give an example in simple economics, providers of goods and services can find easy refuge in monopolies in the short term. In the long term, however, the same monopolies breed inefficiency and are the ultimate death knell of good business. The same applies to the institutions of government, be they political, security, social or economic. Monopolizing levers of power is dangerous and ultimately self-destructive.

At the other end of the spectrum, rather than make maximalist demands of all-or¬nothing, activists and the opposition should enter into principled and aggressive yet pragmatic negotiations with national institutions including the security and military establishment. True supporters of change should focus on ensuring the exercise of these qualities in order to achieve a true and sustained difference. Institution building, and outlining clear constitutional parameters, are the best ways to set matters straight and provide time for domestic polity to evolve into a true pluralistic, political culture. Pluralism that survives debate, within the guidelines of the constitution, is vital for inclusiveness and political fulfillment. Recent announcements from Sudan about a possible agreement on shared governance for the transition period with the military bearing responsibility for safeguarding the country’s sovereignty and civilians governing on all other matters are interesting developments and a good case in point.

Any compromises reached will ultimately be tested in real-life scenarios where there will be conflicting agendas, competing stakeholders, and a fight over limited resources. Attempts will also be made by adversaries and naysayers to prolong disagreement and discord. Hopefully wise people on all sides will conclude that reincarnating the past is not sustainable and that principled compromise with maintainable solutions is the best way to move forward. Like changing seasons, the Arab World is changing. For better or worse the choice is ours. 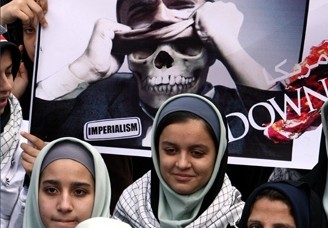