For years after its uprising, those who considered Tunisia the sole success story of the Arab Spring assumed it could serve as a model for other Arab nations. Scholar of North African history Safwan Masri insists that view was misguided.

Tunisia: An Arab Anomaly is the title of Masri’s new book, published in 2017, which seeks to finally answer the trite question: why—when other countries went on to experience political and economic instability, turmoil, and civil wars—did the revolution in Tunisia succeed? Indeed, Tunisia today stands out among other Arab Spring countries for having what is regarded as a successful political transition after the 2010 uprising, political agreement among its parties, and signs of a fledgling democracy. “I’m not suggesting that other countries cannot achieve similar results,” Masri said in an interview with the Cairo Review, “but that’s going to take fierce political will.”

Discussing his book at a recent talk at the American University in Cairo, Masri, who is the executive vice president for Global Centers and Global Development at Columbia University, attributes Tunisia’s development following the Arab Spring to the country’s unique history and geopolitical position. Masri contends that Tunisia has enjoyed a history of civil society involvement which featured women having more freedoms than in other parts of the Arab World. Masri also attributes Tunisia’s embrace of democracy to the country’s small size and anomalous relationship with French colonialism, explaining that Tunisians did not completely reject involvement in their country like other former French colonies. Most importantly, Masri points to Tunisia’s tradition of liberal, secular education as well as policies set in place by the country’s first independence leader and founding father, Habib Bourguiba. Because of those and other reforms, Tunisia has been on a 150-year path to democracy, making it ripe for transition when other countries, including Egypt—despite being its closest peer—were not.

Tunisia is small, comparatively, and has not been subject to as much recent foreign intervention as many other Arab nations. It has a mostly secular education system when many countries in the region do not, and there has been little military meddling in its political life. For example, at a pivotal moment during the 2010 uprising, when the time came for the Tunisian army to defend Zine El Abidine Ben Ali, it did not step in to prop up Ben Ali.

For Arabs who want democracy, Masri’s conclusion that no other Arab country can achieve or replicate the Tunisian success story is bleak. His book has received largely positive reviews, but it is clear that Masri’s argument does more than hint at Tunisian exceptionalism, which Masri does not entirely cast off. “We live in a moment where democracy is under tremendous stress all over the world and the example of a small country like Tunisia that is democratizing can be a source of inspiration for all of us,” Masri said. However, Masri stated that the conditions which allowed Tunisia to transition to democracy have been in the making for a long time, and have largely been absent elsewhere in the Middle East.

Tunisia’s recent local elections last May—the first since the uprising—bode well for the country, Masri stressed. The election led to the first woman mayor, as well as a number of young people running, and a higher voter turnout than was expected. Moreover, the election of the Islamist party Ennahda, which has recently accepted its place in the secular political system, as well as the success of independents, were all promising signs.

And yet Tunisia’s path forward is still tenuous. The country is fraught with economic concerns, disenfranchisement among the youth, and rising rates of extremism. Recently, women have taken to the streets to protest legislation like the inheritance law, which many Tunisian women feel disenfranchises them. Masri acknowledges the anxiety surrounding these issues, but has retorts for each. Tunisian women were granted the right to vote in 1956 and the right to legal abortions in 1973. A majority of Tunisian women are educated, and an electoral quota system mandates that an equal number of women candidates as men candidates run for local and national elections. “Women are the greatest protectors of the advances of the revolution,” Masri said, adding that the inheritance law is one of the last-standing examples in Tunisian society of a strict Quran-based legal practice.

Despite these problems, Masri is confident that these tightened monetary conditions, along with fuel and tax hikes, budget cuts, and high unemployment rates for women and young people, will not work against the country’s democratic mission. Even the controversial reconciliation law that promises amnesty for former government officials accused of corruption is a sign, according to Masri, that Tunisia is trying to move forward. “I can only interpret to the best of my ability the historical narrative that led to where things are,” Masri said, “But if I were a betting man, I would take a bet on the future of Tunisia.”

Ennahda in Tunisia Pioneers Another Arab Era and Test

Salute Tunisia and Emulate It 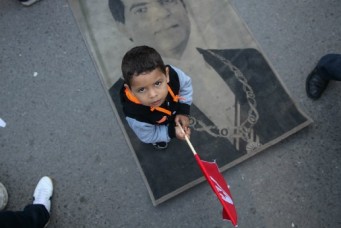