Africa, the oldest inhabited continent on the planet, is often regarded as a monolith by the global North. But, it is far from homogenous. With a population of over 1.37 billion—over 17 percent of the world population—Africa is the second most populous continent, after Asia. It hosts forty-eight mainland countries and six island nations, comprising 20 percent of the Earth’s total land area.

An estimated two thousand languages are spoken among the fifty-four total countries. Nigeria alone boasts two hundred and fifty languages, one of the greatest concentrations of linguistic diversity in the world. Kinshasa, the capital of the Democratic Republic of the Congo (DRC), is the second-largest French speaking city in the world, after Paris, France.

Spanning around 18.87 million square miles, the United States could fit comfortably three times over within the continent. However, the popular Mercator map projection, the common world map found in Western classrooms, distorts the size of land masses near the poles, leaving Africa shrunken and Canada, the United States, Russia, and Europe enlarged.

With the mainland broken into five regions—north, central, south, east, and west—Africa is the only continent to span all four hemispheres, as both the Equator and the Prime Meridian intersect the continent.

Every region has its calling card, though they also share certain commonalities. North Africa accounts for one-third of Africa’s gross domestic product (GDP), owing largely to oil production. The region intersects sub-Saharan Africa and the Middle East and was the center of the Arab uprisings of 2011. West Africa is the most populous region, with an estimated 350 million people as of 2015. Nigeria accounts for more than half of the region’s population and is projected to be the third most populous country in the world by 2050. The West African region has a long history of post-colonial civil wars which presented obstacles to economic development. Central Africa contains the Congo Basin, which is home to the second largest rainforest in the world. East Africa is the world’s second-fastest growing region behind East Asia, with growth expected to continue for the next several years. Southern Africa is rich in mineral deposits, though eighteenth-century colonial mining enterprises triggered violent conflict throughout the continent. South Africa—the birthplace of Nobel laureate Nelson Mandela—in particular was notorious for the apartheid system that the colonial stewardship of its gold and diamonds produced. Apartheid finally ended in 1994 with the establishment of an inclusive process which saw Mandela become South Africa’s first democratically elected president.

In 2003, some social scientists began to recognize a sixth region—the African diaspora—to encourage the participation and engagement of people of African origin living outside the continent with their home countries. The five countries with the largest African diaspora population are Brazil (55.9 million), the United States (46.4 million), Haiti (10.1 million), the Dominican Republic (9.2 million), and Colombia (4.9 million).

In 2020, Africa was home to six of the world’s ten fastest growing economies—South Sudan, Egypt, Benin, Rwanda, Ethiopia, and Tanzania—according to the International Monetary Fund (IMF). Nigeria, Ethiopia, and Egypt are the most populous countries, and the continent as a whole is projected to undergo impressive population growth in the twenty-first century, nearly reaching the population of Asia by 2100. Some 60 percent of Africa’s population is under the age of twenty-five, making it the youngest continent. However, if the continent is unable to address its burgeoning youth population, it risks high youth unemployment which can lead to conflict, economic underperformance, and brain drain. According to the UN Development Programme, the success of African governments to address this population burst will be the single most important factor determining the continent’s future prospects. While presenting a policy hurdle, the African Union’s Youth Charter argues Africa’s young population is the continent’s biggest resource, offering enormous potential. This ‘youth bulge’ could provide an emerging labor force to drive domestic market creation and development, helping to meet the increasingly competitive demands of modern global markets.

Egypt, aiming to become a vaccination manufacturing hub in Africa, is the first country on the continent to locally produce COVID-19 vaccines after starting production of the Sinovac-Vacsera vaccine, with South Africa quickly following suit.

Aside from mineral wealth, Africa boasts numerous natural resources in need of protection. In length, the Nile River bests the Amazon by just 132 miles, for the title of longest river in the world. The Sahara Desert, the largest hot desert in the world, spans 8.6 million square kilometers, about 25 percent of the continent.

The island of Madagascar is the world’s fourth-largest island and second-largest island country, spanning over 587,000 square kilometers. Mount Kilimanjaro is the tallest peak on the continent, standing at 5,895 meters above sea level.

At the gateway to the Sahara lies Morocco’s Noor Power Plant, the largest concentrated solar farm in the world. The plant spans 3,000 hectares, produces enough electricity to power a city the size of Prague, and provides 2 million Moroccans with a clean energy source.

Morocco’s neighbor, Algeria, is the largest country in Africa. However, only 12 percent of the country is inhabited due to the heat of the Sahara. It is also the largest exporter of liquefied natural gas on the continent, with an export volume of 16.6 billion cubic meters in 2019. Neighboring Libya is the richest African country in oil as of 2020, with 48.36 billion barrels of reserves.

The continent is also home to the largest land migration in the world. Between one and two million wildebeest and zebras make the round trip each year from the Serengeti plains of Tanzania to Kenya, across the Mara River. Additionally, Botswana has the world’s largest elephant population, at over 130,000.

However, Africa is the continent most vulnerable to climate change and will be directly and adversely affected—food insecurity, population displacement and stress on water resources—more than others despite accounting for just two percent of world coal demand and historically negligible carbon emissions, according to The Brookings Institution. Differences in infrastructure, investment, and development today are the result of the legacies of colonialism, which play a defining role in climate vulnerabilities.

Conversations surrounding the African continent often center on its economic and developmental potential. However, the continent is rich in the arts and sports which illuminate its vibrant and multifaceted culture.

Nigeria’s film industry is the second largest, in terms of output, in the world, producing around 2,500 films per year. It is the country’s largest employer after agriculture, comprising 5 percent of GDP.

Egypt hosts a unique film industry as well, earning it the moniker “Hollywood of the Middle East.” On the list of 100 best Arab films compiled by the Dubai International Film Festival in 2013, 38 are Egyptian, and 35 of those date to the golden age of Egyptian cinema, between the 1940s and 60s. The Mummy, the 1969 film by Egyptian director Chadi Abdel Salem, topped the list at number one.

No mention of the Egyptian art scene would be complete without Umm Kulthum, often referred to as “the star of the East” and “Egypt’s fourth pyramid.” A Western counterpart does not exist to compare with her sixty-year career, complete with around three hundred songs. Her voice, a contralto—the lowest type for a female—inspired some of the West’s greatest singers, such as Led Zeppelin’s Robert Plant and Bob Dylan. She drew energy from her audience. Never singing a line the same way twice, her songs could last anywhere from forty-five to ninety minutes as she indulged calls for improvisation and line repetition.

Lupita Nyong’o, a Kenyan-Mexican actress and filmmaker, began acting in her teens in Kenya and won renown for her role, and accompanying Academy Award for Best Supporting Actress, as Patsey in 12 Years a Slave. She is also well known for her role as Nakia in the Marvel film, Black Panther. Trevor Noah, a South-African born comedian, became one of the top comedians in South Africa, going on to tour in the United States and internationally. He is currently the host of The Daily Show, a popular late-night American television talk show, and author of Born a Crime, which details Noah’s experience growing up directly after apartheid.

Egyptian football star Mohamed Salah is poised—as captain of Egypt’s national team—to lead the Pharaohs to qualify for the 2022 World Cup in Qatar. A two-time African Footballer of the Year, Salah is one of the most prolific forwards in European football with 125 goals in 203 appearances for Premier League club Liverpool.

The famous footballer, George Weah, who was named African, European, and World Player of the Year in 1995—an unprecedented achievement, became the president of Liberia in 2018.

The continent has yet to host an Olympic Games, but Dakar, Senegal will hold the postponed 2022 Youth Olympic Games in 2026, which could signal the possibility of future Olympic games being hosted in Africa.

The continent is not without its quirks. Ethiopia uses its own twelve-hour clock with two daily cycles—from dawn to dusk and another from dusk until dawn—and a thirteen month calendar system.

Africa is also home to the restaurant with the most varieties of milkshakes commercially available. Gibson’s Gourmet Burgers & Ribs in Cape Town, South Africa offers 207 varieties in all, according to the Guiness Book of World Records.

Diversity reigns on the African continent, from natural resources to sports to pop culture, leaving much to be discovered beyond the assumptions made about the continent around the world.

Ariana Bennett is an assistant editor at the Cairo Review of Global Affairs. On Twitter @ArianaJBennett 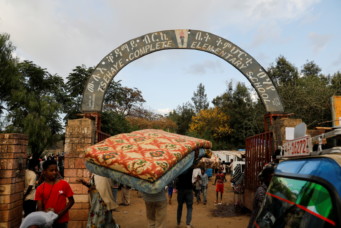 Millions of People Continue to be Forcibly Displaced in Africa 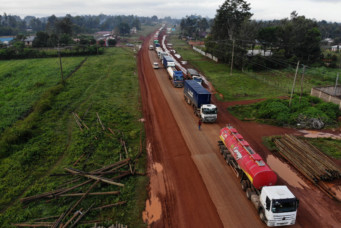 Africa is Climbing the Prosperity Ladder but Some Rungs are Broken 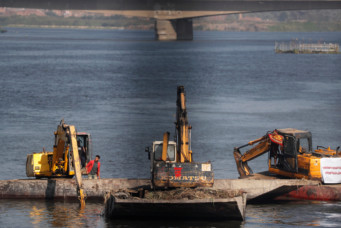