There is no “one size fits all” approach when it comes to examining economic recovery plans for the 54 African countries, but a common theme seems to be infrastructure spending and a boost from intra-African trade, as the African Continental Free Trade Agreement (AfCFTA) comes into effect next year.

The inaugural Intra-Africa Trade Fair (IATF) was held in Cairo, Egypt in December 2018 and attracted 42 African country pavilions. There were more than 1,100 exhibitors, and agreements worth $32.6 billion were signed.

The second IATF was due to be held in Kigali, Rwanda in September 2020, after the AfCFTA came into effect in July 2020, but due to the disruption caused by the COVID-19 pandemic, these have been postponed to 2021.

Tara O’Connor, an Executive Director at Africa Risk Consulting, said recovery will be needed in all spheres from political, economic, and social to technological to deal with what the pandemic’s aftermath. The COVID-19 crisis has undone 25 years of consistently positive pan-African growth and seen trade slump by up to 30% and intra-African trade all but cease.

“We have seen an accelerated global polarisation. The trade war between the US and China has suddenly globalized. It will mean foreign powers will pay for influence – in debt relief, loans, etc. which is good. But we could see proxy wars, proxy political puppetry of the Cold War resume, which is negative for the economies of Africa,” O’Connor warned.

But she acknowledged that there is a business upside: already US firms that have traditionally had operations in countries in  Asia  – like the Philippines – are looking to relocate to Africa to get out of China’s sphere of influence or to counterbalance the risk.

O’Connor pointed out that Africa is not a country, but a continent of 54 countries, so recovery will vary from country to country and region to region. Countries that are already reform-minded and that have coherent systems in place will recover soonest. Rwanda, Uganda, Kenya all responded immediately with practical World Health Organisation (WHO) led responses to COVID-19 and are all well placed to lead the recovery. Countries that will recover less well will be those that have failed to address the virus in any meaningful way and pose a risk to their neighbors.

“The virus has intensified acute domestic problems from the economy to healthcare systems, but has also forced reluctant governments to take action. In Nigeria, the IMF’s $3.4-billion package, for instance, comes with a single string attached – to get rid of the artificial exchange rate system,” she concluded.

It is to build on the expected rebound in Africa that the Germany-Africa Business Forum (GABF) will be organizing an exclusive webinar in August. The forum noted that while COVID-19 has hit world markets very hard, African economies are showing more resilience than others.

“Out of the 37 countries escaping recession this year, 22 are African, according to the International Monetary Fund’s latest forecasts. Post COVID-19, Africa will remain the fastest growing region in the world, and one where a new world also means new deals. German companies have increasingly made successful business in Africa over the recent past, and opportunities for German businesses and public sector companies will only grow as Africa builds sustainability and cleaner energy mixes in a post COVID-19 world,” the forum said.

Shawn Duthie, the managing director of Inyani Intelligence, an Africa-focused corporate intelligence firm, said that relative to other continents, countries in Africa have been somewhat spared from the devastating effects of COVID-19.

“Infection rates are low and death rates are even lower, but one area in which Africa has not been spared has been the economy. A lot of African governments reacted quickly, locking down major cities, if not the whole country, to prevent a massive surge in COVID-19 cases. This has appeared to work as infections are low, but it does seem like governments were quick to implement lockdowns similar to European countries without fully taking into account the detrimental effect to the economy,” he said.

He noted that an economic hit was inevitable, even without lockdowns, as most African economies are reliant on exports to countries in the European Union and Asia, and the impact of COVID-19 on these countries would affect imports from Africa. But the lockdowns appear to have unintentionally impacted domestic low-skilled jobs, such as kitchen staff at restaurants or cleaning staff at hotels, which is causing a massive spike in unemployment rates around the continent.

“African economies work despite government interference and are based around the entrepreneurial efforts of their populations, and the lockdowns basically stopped this from happening. For African economies to rebound, the markets need space to function efficiently and that is why there is a focus on infrastructure spending and intra-African trade, as global supply chains have been disrupted,” Duthie added.

This legacy of getting things done despite governments is also evident in the numerous civil society responses to the pandemic. In South Africa, for instance, the civil society response covers the Solidarity Fund which provides personal protection equipment for health care workers, Volkswagen’s conversion of a warehouse into a field hospital, the South African Future Trust (SAFT), which was started with an R1 billion ($60.3 million) donation by the Oppenheimer families and was aimed at supporting employees of small businesses, and the Kisby Small Enterprise Fund that would provide capital to small businesses.

Serial entrepreneur Kojo Parris has initiated #PhilaKahle, which is a collaboration with the Department of Social Development to support the adoption of healthier life by lower income citizens. This would improve key biomedical indicators for individuals and so reduce the overall public health burden. He said this can be replicated in all African countries.

The post-COVID recovery plans put forward by the African National Congress and Business for SA (B4SA) have infrastructure development as the central spur for recovery, but neither adequately addresses the lack of capacity in the public sector and the resulting failure of implementation.

Helmo Preuss is a freelance writer on economics for publications such as Alliance News, Business Day, Business Report, Grocott’s Mail, Nerve, and The BRICS Post.

He is currently a Ph.D. candidate in Economics at the Nelson Mandela University. 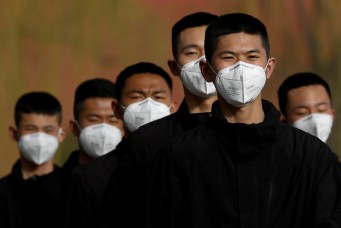