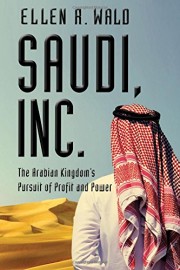 Two years ago, then-Deputy Crown Prince Mohammed Bin Salman shocked the world when he announced that 5 percent of Saudi Arabia’s national oil company, Saudi ARAMCO, would be offered publicly. His valuation of $2 trillion or more for all of ARAMCO would make it the most valuable company on the planet. Since then he has steadily consolidated power, pushed out rivals, and reshuffled the government. Now the 32-year-old is next in line to be king.

For the young and brash Mohammed Bin Salman, the ARAMCO IPO announcement was a declaration of independence. No longer would Saudi Arabia be hostage to the boom-bust cycles of oil prices, he swore. Instead, the kingdom would dare to end its dependency on oil, which dated back to its discovery in 1938. To do that Saudi Arabia would rationalize the welfare state and streamline a bloated government. It would also sell shares in ARAMCO and use those funds to develop non-oil industries at home.

Saudi, Inc.: The Arabian Kingdom’s Pursuit of Profit and Power, a new book by Ellen R. Wald, neatly tells the story of how ARAMCO evolved from an American company in Arabia into the Saudi ARAMCO we know today: a world-class oil company that is 100 percent Saudi-owned and does much more than produce crude. In a matter of decades ARAMCO elevated Saudi Arabia from the humblest beginnings as a poor backwater, overshadowed by Cairo, Damascus and Baghdad, into a global energy powerhouse and the captain of Organization of the Petroleum Exporting Countries (OPEC). Wald’s account is well-written, the characters are colorful, and the stakes are huge throughout. The shrewdness of Saudi leaders since King Abdul Aziz is evident in every chapter.

Wald explores how the company’s success literally and figuratively paved the way for Saudi Arabia’s modernization and urbanization. As she tells it, the company’s efficiency, technical prowess, and merit-based corporate culture made it exceptional in a region where its peers have suffered from political meddling. ARAMCO and oil policy, by contrast, were deemed so precious from the beginning that Saudi leaders made sure to protect them from princely whims. The Saudi state was built on taxes and royalties from ARAMCO. Those petrodollars paid for hospitals, highways, and universities, Wald details, and in later years they paid to extend Saudi influence around the globe through mosques and Wahhabi teachings, with unintended consequences.

Naturally, Saudi-U.S. relations feature prominently in a story about an American company that is gradually bought by the Saudi state. Unlike other oil companies in the Middle East—many of which were nationalized outright—Saudi Arabia purchased tranches of ARAMCO stock from the Americans throughout the 1970s, until Riyadh became the sole owner in 1980.

When most Americans think of Saudi Arabia today, they think of OPEC’s wrath and Al-Qaeda, but in the years after ARAMCO discovered oil, Washington saw cheap Saudi crude as essential to the success of the Marshall Plan in Europe. Americans pumped the crude and the Saudis profited from it, but it was the Europeans who really needed it after World War II. That changed around 1970 when American oil production waned and the United States started importing more oil. Thus, the stage was set for the nastiest spat in the relationship’s long history.

Wald’s reading of the critical period of the 1970s, particularly the 1973–74 Arab oil embargo, may prove controversial because it completely minimizes the role of politics in Saudi oil policy. “Most importantly for Saudi Arabia,” Wald writes, the 1973 Arab-Israeli War “provided an ideological cover for an economic assault on the world economy.” She describes the Arab oil embargo as a “business strategy” disguised as a political decision. This overlooks the fact that King Faisal Bin Abdulaziz Al-Saud was adamant about Washington playing peacemaker in the wake of the 1967 war. He made this clear to U.S. officials and oilmen many times over; indeed, King Faisal called on President Nixon to seek a comprehensive Israeli-Palestinian agreement from the earliest days of Nixon’s administration.

In the six months leading up to the October war, King Faisal warned U.S. media outlets that oil exports could be cut off. He sent his oil minister Ahmed Zaki Yamani to Washington to deliver the message personally. Previously, Faisal and Yamani had declared their reluctance to use the “oil weapon,” as Wald writes. However, that changed when Nixon sided with the Israelis and launched a massive airlift operation to re-supply them. Wald suggests that the embargo was half-hearted, and perhaps imposed for show, because it cut off U.S. refiners but not the U.S. Navy. Yet that telling trivia is not proof of duplicity. Rather, the decision speaks to Faisal’s priorities: he wanted the Americans to reconsider their support for Israel but he also wanted the United States to succeed in its fight against communism in Southeast Asia. Years of diplomacy and months of warnings leading up to the embargo suggest it was more than merely an economic power play to maximize revenues.

That episode aside, Wald’s account is fascinating and useful because it explains what makes the Saudi oil business so unique. It reads like a blueprint for Saudi success. Oil is the family business but one which the royal family entrusts to technocrats. Over time, as ARAMCO became a Saudi company, it also became an incubator for Saudi professionals in a country where most citizens are employed by the government. Today, ARAMCO functions like a private company but for the public good. In turn, it has become a symbol of national pride. At various points, Wald demonstrates that the Saudis have consistently taken a long-term view on oil matters. In pursuit of their goals, oil and otherwise, Saudi leaders have acted gradually and carefully over many decades. Such incrementalism has served them well when dealing with foreigners and constituents at home, especially those opposed to change.

Crown Prince Mohammed Bin Salman should read Saudi, Inc. precisely because his style is so different from those who came before him. Wald’s account makes this clear, albeit implicitly, since her book does not touch on recent events. The crown prince would find much to like in Saudi, Inc. ARAMCO’s corporate ethos is that which the crown prince wants to impose on his government. The results speak for themselves but Wald’s book stands out for its clarity and timeliness.

Matthew Reed is vice president of Foreign Reports, Inc. and a nonresident fellow at New America and the Payne Institute for Earth Resources at the Colorado School of Mines. On Twitter: @matthewmreed. 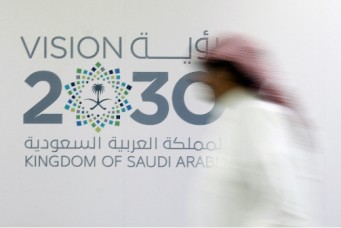 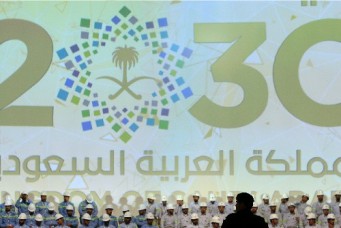 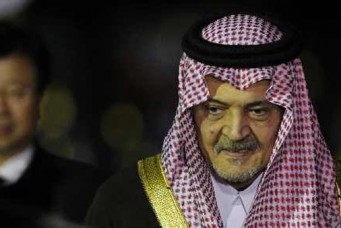