President Donald Trump has put the liberation of Raqqa, capital of the Islamic State in Iraq and Syria (ISIS), on a fast track. The latest U.S. military deployments speed up plans put in place by President Barack Obama. But the Trump administration does not seem to have fully considered the political fallout of the campaign and the aftermath of liberation. Both are now likely to be messy. Beyond the total defeat of ISIS, U.S. national interest must be vested in a stable pluralistic Syria and a regional balance that does not leave Russia as the dominant power in the Middle East.

In Iraq, Obama’s policies are now paying dividends in the unfolding of success against ISIS in the battle for Mosul. Extensive political groundwork paved the way for the coordination of both the military operations of participating factions and the political aftermath of Mosul’s liberation.

The Obama plan anticipated local Iraqi forces taking the lead in the liberation of Mosul, with the direct involvement of a small number of U.S. Special Operations forces to coordinate and direct battles on the ground. This process, which took two years to accomplish, involved the training of elite counterterrorism units (Iraq’s “Golden Division”) in Jordan as well as an Iraqi-led effort to reorganize its main military force after its collapse in the face of the ISIS takeover of Mosul in 2014.

The ouster of former Prime Minister Nouri Al-Maliki, and his replacement by Haidar Al-Abadi’s government, was an essential part of the political preparations. The two-year interval between the Mosul fiasco and the commencement of the liberation of the city were also filled with U.S. diplomatic efforts to get the Kurdish leadership in Erbil to work with the new government in Baghdad toward the common goal of totally ousting ISIS from Iraq.

Most important perhaps, was the agreement in advance of ground operations, by Kurdish forces as well as Shia militias to hold back and not enter the city during or after liberation. That role is left to the Iraqi army, spearheaded by the specially trained counterterrorism units. The civilian population of Mosul has certainly suffered during the occupation by ISIS forces and is now still caught in between the combatants. The political arrangements, meant to prevent ethnic clashes, or even ethnic cleansing, seem to be holding.

In Syria, by contrast, the Trump administration is rushing the plans for the battle for Raqqa. While true that the U.S.-backed predominantly Kurdish Syrian Democratic Forces (SDF) has proven both unified and capable—and already benefited from increased military aid under Trump—a coalition of the willing has not been put together to ensure that the major stakeholders have their assigned roles. As a result, Turkey still insists on playing a leading role in the drive to retake Raqqa, a role that is currently unacceptable to either the United States or Russia. Turkey is unhappy about the further empowerment of what it considers to be terrorist organizations—the Kurdish Democratic Union Party (PYD), a faction Ankara considers to be allied with the Kurdistan Workers’ Party, the political movement that the Turkish military has spent decades fighting in eastern Anatolia. The Free Syria Army (FSA) and other Arab factions, both political and military, are also unhappy with a lead role being given to any Kurdish forces; these factions are warning that the Kurds will not be welcome in the majority Sunni city of Raqqa.

The recent meeting of military officers from Turkey, Russia and the United States in Antalya has not resolved these problems. Indeed, there are ongoing clashes in and around Manbij, in northern Syria, between the Turkish-supported FSA and the American-supported PYD. This puts Washington in a very awkward position.

American policy must not only hold on to its fragile alliances on both sides of the fighting—keeping Turkey and the rival Kurdish factions happy—but ensure that the military campaign for Raqqa gets underway safely and effectively. Turkey is upset that the Kurdish PYD forces have yet to withdraw from Manbij, as the Obama administration had promised they would if the group entered the city to clear it from ISIS. Furthermore, the deployment of U.S. forces in the area to work with the PYD in the move on Raqqa further empowers the Kurds, something the Turks fear might lead to an independent Kurdish state on their borders. Turkish relations with the Trump administration are on edge, with Turkey hurling accusations at Washington for its “alliance” with the Kurds.

The Free Syria Army, having worked closely with Turkey, is adopting its patron’s interests in northwest Syria and is currently engaged in open hostilities with some Kurdish factions in Manbij. The problem reflects a broader disarray and anxiety among the Arab factions of the Syrian opposition, currently engaged in indirect peace talks in Geneva.

Perhaps the greatest concern is the Trump’s administration’s absence of planning for the “day after” in Raqqa. In 2003, the debacle in Iraq was not so much the U.S.-led invasion itself as the lack of a clear plan for who would govern the country once President Saddam Hussein was deposed. The fall of Raqqa poses no less of a problem. It is clear that Obama wanted to avoid deep entanglement; nor does Trump wish to get involved in the future of Syria. The fact remains, however, that the liberation of Raqqa will have consequences and terrible complications that could affect all concerned, if not worked out in advance.

Russia, Iran and the regime of President Bashar Al-Assad would like nothing better than to have the Americans clear out ISIS from all of eastern Syria and, in collaboration with Russia, perhaps destroy the opposition all together. President Al-Assad would then reap the benefit of U.S. labor and retake the whole country. Not only would this outcome set back any prospects for stability and pluralism in Syria for a long time to come, it would further empower Russia and the Iran axis in the region. On the other hand, if Al-Assad fails to regain control of Syria, the opposition factions—Islamist, Arab and Kurd—will be fighting over the spoils for a long time to come as well.

The future of Syria is complicated no matter what happens. But if the United States is to continue meddling in the conflict, it would help if Washington’s actions flowed from a clear vision of political implications for the region, as well as the U.S. national interest. As things stand, it is not at all clear that this is the case. 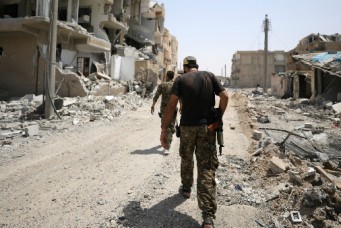 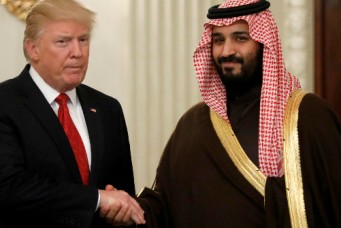