The Turkish military operation in Afrin that started on January 20 continues with no end in sight. At the outset of the operation, which was codenamed “Olive Branch,” Turkey announced that it would swiftly and effectively eliminate what it called terrorist elements, i.e. Kurdish Civil Protection Units.

Operation Olive Branch, however, took an escalatory turn when Turkish forces brought in pro-Turkish Syrian armed factions to fight the Kurds. At the same time, the Syrian regime in Damascus prompted its militias to defend Syrian territory against the Turkish incursion. All of this escalation threatens now to increase the number of combatants in and around Afrin and northern Syria.

To address this issue we must compare Turkish-Syrian relations in the 1980s to today. With bilateral relations strained by the conflict over the waters of the Euphrates River, former Syrian President Hafez Al-Assad allowed the Kurdistan Workers’ Party (PKK)—a pro-Kurdish political party in Turkey—and its leader Abdullah Öcalan to base their operations on Syrian land, and, specifically, on the border with Turkey, as a point of pressure on Ankara.

In turn, the Turkish state mobilized its forces on the Syrian border in October 1998 with the purpose of dealing Syria a harsh military blow. Egyptian meditation led by former president Hosni Mubarak managed to defuse the crisis after Al-Assad agreed to end the PKK’s presence on Syrian land and expel Öcalan to Kenya. This was a practical solution for both parties as it resulted in an agreement on Syria’s water share from the Euphrates, and removed the Kurdish threat to Turkey.

The presence of armed Kurdish groups within Syria on the Turkish border is a red line for the Turkish government, whether it was Süleyman Demirel then or Recep Tayyip Erdoğan now. What is new today is the nature of Kurdish separatist actions in Syria.

In 1998, Kurdish groups originating in southeast Turkey left their homeland for neighboring Syria with the approval of the Syrian government. These groups were ultimately subject to the will of the host country—Syria—and were bargaining chips between Damascus and Ankara. When the host country no longer had any interest in the presence of the PKK, the PKK was extracted and expelled from Syria.

The current situation, however, is different. In the present Syrian Civil War, Turkey has been one of the main countries to fuel the conflict, thinking it could replace the current regime with an Islamist one that was pro-Turkey. However, the civil war did not go as planned and has resulted in the establishment of a new Kurdish entity called the Democratic Federation of Northern Syria (DFNS) in 2012. Today, in northern Syria, Kurdish autonomous feeling comes directly from Syria’s Kurds themselves and not from Kurdish groups outside of Syria. These Syrian Kurds will certainly not leave Syria easily. During the country’s civil war, Syria’s Kurds have come to aspire for their own autonomous entity—following in the footsteps of Iraq’s Kurds.

Fearful of the geographic proximity of the Kurds in north and northwestern Syria to their counterparts in southeast Turkey, Ankara launched Operation Euphrates Shield from August 2016 to March 2017 against ISIS forces Syrian Kurdish Militias. Ankara even accused the Syrian Democratic Union Party—which represents Syria’s Kurds—of acting as the extension of the PKK, an accusation Ankara did not level at Iraqi Kurdish parties.

Then came the U.S. declaration in January 2017 to work with Syria’s Kurds on forming a border control force of 30,000 fighters. Given Turkey’s opposition toward Kurdish autonomy in northern Syria, the U.S. support of Syrian Kurdish forces was a shock to Ankara, a longtime U.S. ally. The result has been an American-Turkish diplomatic crisis which Washington afterwards sought to contain with a recent visit by former Secretary of State Rex Tillerson. The visit resulted in an understanding that Turkish interference in Afrin would not extend to the Kurdish Manbij area in the east, as Erdoğan had previously threatened.

Further complicating the matter, the Syrian government forces—backed by Russian aircraft—attacked armed Syrian opposition areas in Eastern Ghouta, some of which are pro-Turkey. It was as if Damascus and Russia seized the opportunity of what was happening in Afrin to achieve new victories and regain control of Eastern Ghouta.

Anyone following Turkey in general, and its domestic policy in particular, knows to what extent the Kurdish issue is a priority above all else for decision makers in Ankara. Accordingly, Turkey finds itself in a predicament today as Erdoğan didn’t realize that by betting on the opposition in the Syrian civil war, he was also opening the door for Syria’s Kurds.

Today, the Turkish president must sacrifice the factions he supported on the Syrian front, as he once did in Aleppo, in order to allow for a buffer zone in Afrin to break the geographical contiguity between the Kurds in Syria and Turkey. However, this buffer zone that Erdoğan seeks to create by force in Afrin, will most likely be a quagmire for Turkish forces.

Alaa Elhadidi is a retired Egyptian diplomat and former ambassador to Turkey, Russia, and Romania. He served as spokesperson for the Egyptian prime minister and foreign minister respectively. He is a regular columnist for Al-Sherouk newspaper. 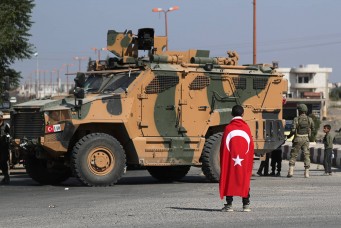 Anatomy of the Turkish Incursion 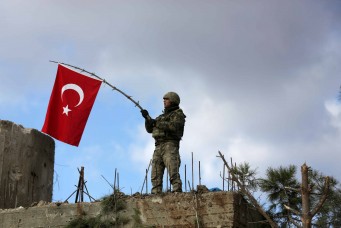 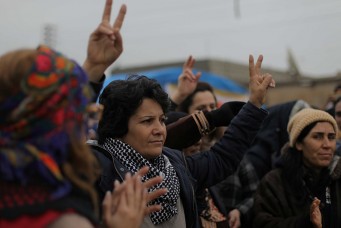