The 70 percent drop in oil prices from their all-time highs in 2014 to the current lows of an average of $47 dollars per barrel is severely affecting all hydrocarbon producers, but especially Saudi Arabia. The many overlapping reasons for the slump include an oil glut, lower demand, and the expansion of U.S. shale extraction. But none contribute more to the continued suppression of prices as the oil pricing wars between neighboring countries of the Middle East. Countries such as Saudi Arabia, Iraq, Iran, Libya, and Kuwait—facing significant fiscal pressure to maintain their economic and social programs and ensure domestic stability—keep dragging final export prices down as they compete for the same market share and to retain clients.

Saudi Arabia is trying to stabilize oil markets and raise prices by meeting with Organization of the Petroleum Exporting Countries (OPEC) members and other non-OPEC producers, such as Russia, to cap production. But after several rounds of meetings—first in Doha in April 2016, then Vienna and Algiers in September, Istanbul and Moscow in October, and with another meeting planned in Vienna for November 30—getting all producers on board seems nearly impossible. Meanwhile, as Saudi Arabia pushes for production cuts from distant countries such as Russia, Venezuela, Nigeria, and Mexico, it has been neglecting rapprochement with neighbors, particularly with sectarian rivals Iran and Iraq. It also lacks a clear marketing and cooperation strategy with its neighboring Gulf Cooperation Council (GCC) producers.

OPEC member states hope that cutting production would stabilize or even increase oil prices. But as OPEC countries only produce 40 percent of the global oil supply and consume even less than 20 percent, member countries are now price takers—having lost any control over the markets since 1988, when the OPEC price mechanism fell apart. Global oil prices are generally set by two benchmarks, the Western Texas Intermediate (WTI), which is mostly used in the Americas, and the Brent, which most of the rest of the world follows—though there are smaller ones such the Dubai and Tokyo indexes. But not all oil supply and demand go through these benchmarks. Physical crude oil is sold either directly or indirectly between countries and their respective national oil companies and refineries; independent trading houses such Vitol, Trafigura, Mercuria, and Gunvor; or oil and gas companies such as BP, Shell, Eni, and Lukoil. Physically traded crude oil prices are usually negotiated directly between the trading parties and set at a discount to WTI or Brent prices. Only financial derivatives such as oil futures and options go through the commodity exchanges.

In fact, global crude oil prices on the Brent and WTI benchmarks are being set irrespective of changes to physical supply and demand—most notably new production of shale oil that has come from the United States and Canada, Iran’s increased production and export as global sanctions have eased, all-time high production in Russia and OPEC member countries to compensate for economic downturns, and lower demand as the European Union, Japan, China, and other countries face economic slowdown. Even if OPEC member countries agree to—and abide by—an oil production freeze or cut, that does not necessarily guarantee a price increase. The market fundamentals of oil pricing are never known with certainty. It is unclear how large the global oversupply glut is, and with absence of full and transparent disclosure of oil production and exports, only oil price reporting agencies such as Platts (and the very few trading houses involved in their price discovery mechanisms) get to determine the Brent and WTI benchmarks, and thus the daily global price of crude oil.

Yet at OPEC and other forums such as the World Energy Congress or the International Energy Forum, Saudi Arabia continues to identify itself and be perceived as the swing producer and “central bank” of the oil supply. Although its leadership, whether new Minister of Energy Khaled Al-Falih or Deputy Crown Prince Mohammad Bin Salman, tries to encourage active investment in the oil markets, Saudi Arabia remains a price taker because its oil is still not freely traded on the open markets. Because the Saudis impose restrictions on buyers for resale, they have to fight to keep each client during every transaction. That pits them against neighboring Middle Eastern rivals such as Iran and Iraq, but also GCC friends such as Kuwait and the UAE, other exporting countries, and oil trading houses.

Nevertheless, even though Middle Eastern oil producers are unable to influence global benchmark prices, they continue to contribute to the decline of the final export prices of crude oil. They share the same major export destinations: the European Union, China, India, South Korea, and Japan. Not only is Saudi Arabia battling the United States, Russia, and other OPEC members on market share for these destinations, it is also battling other Middle Eastern countries with the discount rates to the Brent price benchmark. Each time Saudi Arabia markets its crude oil for export at a certain discount to Brent, for example by three dollars per barrel, Iran undercuts the Saudi official selling price by another dollar, and then Iraq undercuts both by another dollar. Rather than cutting production costs, these countries are producing and exporting more crude to compensate for these discounts. Currently Saudi Arabia is producing around 10.7 million barrels per day, competing with the United States and Russia on the same output level, but it consumes almost half of what it produces. These exporting countries are engaged in a price and volume war of attrition as the European Union’s storage facilities are filled to the brim and China hoards more crude oil even as it develops its own shale reserves.

The oil price wars in the Middle East even go to the sub-state level. For example, in 2014 and 2015, the Kurdistan Region of Iraq sold crude internationally at a higher discount than the central government in Baghdad did as it faced illiquidity and an encroaching Islamic State. The same goes for Libya, as the different regional centers of power in Tripoli, Benghazi, Misrata, and Zintan undercut each other selling to independent oil traders in Europe to raise funds for their local militias and governmental services. This creates incoherent export marketing for national governments, who cannot enforce selling at higher prices, and more confusion among their competitors.

If Saudi Arabia continues its tit-for-tat oil strategy with countries like Iran and Iraq and fails to provide a unified oil marketing strategy for the GCC oil-producing states, it risks being perceived not as price stabilizer, but as a bully and a source of volatility on global markets. Saudi leadership could instead meet Iranian and Iraqi pragmatics halfway to coordinate production and marketing and avoid any further volatility. Consolidating exporting positions among GCC countries could create a bigger market player that would give these countries a supply leverage over other producers. Saudi Arabia could also use the Dubai price benchmark—propping it up with physical and derivative contracts to gain more independence from the Brent benchmark, especially with exports headed for Asia—to retake pricing leadership and autonomy from pricing agencies and trading houses and avoid the chaos of sub-state oil exporters.

Hadi Fathallah is a fellow at the Cornell Institute for Public Affairs, Cornell University, and a member of the Global Shapers Community, an initiative of the World Economic Forum. 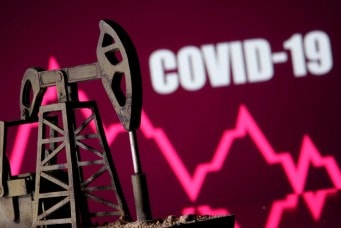