The story of the ongoing events in Iraq is one of lost opportunities. By December 2013, many Sunni leaders had become tired of the jihadist group the Islamic State of Iraq and al-Sham (ISIS) actions, in their areas and on the other side of the border in Syria, and publicly supported the federal government’s military campaign against the group’s bases. At that time, the momentum against ISIS offered a renewed opportunity for Prime Minister Nouri al-Maliki to work with these Sunni tribal and religious leaders to combat terrorism.

But instead, Maliki gave a speech in which he portrayed his planned military campaign in Anbar as an ancient war between “the followers of Hussein and the followers of Yazid,” a reference to a 7th century defining Shiite battle. The campaign in Anbar has been a disaster, and that failure is directly relevant to today’s crisis. The Iraqi forces failed to dislodge the jihadists and, even worse, Maliki took several steps that played into the hands of extremists. He foolishly shut down a popular protest camp in which thousands of Sunni Iraqis rallied for peaceful change for months, arrested powerful Sunni Member of Parliament Ahmed al-Alwani and killed his brother. Baghdad did not only miss a unique opportunity to move beyond the sectarian divide but made the situation in Sunni areas more favorable for jihadists

Today, the simplistic portrayal by media and world politicians of the rebellion in Iraq risks making a similar mistake. Headlines as well as political statements focused on ISIS as the only force behind the takeover of several Sunni cities north of Baghdad. And although more recent coverage started to acknowledge the presence of other forces, the dynamics in Sunni areas are still far more complex. But regardless of the extent of its role, ISIS is only one faction in the insurgency. There are at least half a dozen groupings that took part in the offensive.

Other than the two jihadist militias ISIS and Ansar al-Islam, insurgents include a coalition of nearly 80 Sunni Arab tribes, known as the Military Council of the Tribes of Iraq. This coalition has strong presence in Sunni areas especially in Fallujah, Ramadi, and in various areas in Nineveh and Salaheddin. According to Arabic news site al-Araby al-Jadid, the coalition is estimated to include about 41 armed groups, among them soldiers and officers from the dismantled Iraqi army of Saddam Hussein.

Then there is the Army of the Men of the Naqshbandi Order, a group allegedly headed byformer Iraqi vice president Izzat Ibrahim al-Douri. Formed in 2007, the group consists of thousands of former members of the Baath party, as well Sufi and Muslim Brotherhood-leaning fighters. At least in terms of numbers, the group is a strong rival to ISIS and has strong social roots in the community. In 2009, U.S. officials warned that the order might be more dangerous than Al-Qaeda because its members succeeded in establishing deep roots within Sunni Iraqi society.

The Naqshbandis, who operate mostly in Mosul, downplay their Sunni focus and claim to have Kurdish and Shiite members. Observers of the group say that it also operates under different names primarily provisional military and tribal councils. But it appears that loyalists to the dismantled Baath Party of Iraq dominate the army as they do in many of the Sunni groupings that emerged in the wake of the protest movement of 2011-2013, such as the General Military Council of the Iraqi Revolutionaries (GMCIR). This tendency of Iraqi Baath loyalists to operate through fronts was confirmed last week by Abu Mariya al-Qahtani, a prominent Iraqi jihadist who now works for Jabhat al-Nusra in Syria, who tweeted: “the Baathists work on all levels and with several faces and forms.” A spokesman of GMCIR told the BBC on Sunday that his group is stronger than ISIS and that they adhere to the principles of Geneva Convention unlike ISIS, which he described as “barbarian.”

These non-ISIS groups have played a significant role in the fighting; according to local sources they not only took part in the fighting but have been the dominant force in several areas, including Mosul and Kirkuk. According to a report by Saudi Arabia channel Al Arabiya, the Islamic Army, believed to be the largest armed group after ISIS and the military councils, prevented ISIS from entering Dulu’iyya, around 55km (34mi) north of Baghdad after they took control of it due to ideological divergences. Tribal forces, according to the same report, controlled areas such as Alam, Hajjaj, al-Bu Ujail and in Mosul, tribal forces and Naqashbandis controlled areas such as al-Wahda, Sukkar, Baladiyat.

The involvement of such forces alongside ISIS is the worrying trend, not because they fight side by side with jihadists but because many of those fighters once stood by the federal government against the extremists. This fact alone should help the international community figure out the true causes for today’s crisis. Sunni religious and tribal leaders have shown several times that they were willing to stand by the federal government against extremism: during the “Iraqi Surge” in 2007, before the Anbar campaign in December 2013, and a few times in between.

These forces have little in common with ISIS. Indeed, tensions are already mounting between the two, in media and on the ground. Shortly after the takeover of Mosul last week, ISIS issued a 24-hour ultimatum to the Naqshbandis to remove posters of Saddam Hussein from the streets of Mosul, and then demanded that no other group issue a statement about events on the ground. These tensions reflect profound differences, as ISIS considers Baathists to be kafirs (infidels) while Baathists reject ISIS religious extremism.

Another indication is the fact that Sunni residents fear a government military response more than they fear the militias in their neighborhoods. Residents are already returning to their areas and, according to sources in Mosul, people are expressing a sense of relief for the departure of government forces. A local resident noted that her younger brother said he never saw his city in this light before: “he grew up under sanctions, under occupation and government security [crackdown],” she said. “He refuses to leave now, as the city feels real for him for the first time.”

Recognition of these dynamics, instead of focusing on ISIS, is essential to resolving the crisis. The stakes in Iraq are higher than any time before, and the situation has never more perilous. Between 2005 and 2007, when Iraq faced a civil war and the rise of Al Qaeda elements, the American troops were still in the country and religious leaders from both sides actively called for calm. Today, the country faces similar challenges but without the forces that helped to save Iraq before: Sunni religious leaders are either supporting the rebellion or too discredited to have any influence. Grand Ayatollah Ali al-Sistani, who played a central role in calming sectarian tensions during the 2005-2007 civil war, has issued a fatwa calling on Iraqis to pick up arms and join the government’s forces in fighting ISIS. Although he intended to speak to all Iraqis regardless of their sect, his fatwa has been seen as a call for arms against Sunnis owing to the deep polarization.

A credible and inclusive political process is the way forward. Sunni Iraqis willing to engage in the political process are still the majority. But, to them, Maliki has shown time and again that he cannot be trusted. In 2010, Washington made the mistake of accepting an Iranian plan to help Maliki assume a second term despite the fact that the Iraqiyya bloc won a majority. In this crisis, there are signs that Washington will make another mistake, by seeking Iran’s help in fighting ISIS. But that only adds insult to injury and will deepen Sunnis’ sense of estrangement and betrayal.

This article is reprinted with permission from Sada.  It can be accessed online at:http://carnegieendowment.org/sada/2014/06/17/more-than-isis-iraq-s-sunni-insurgency/hdve

Hassan Hassan is a research associate with the Delma Institute, a research center in Abu Dhabi. On Twitter: @hhassan140.

The Frightening Thing About Isis And Iraq 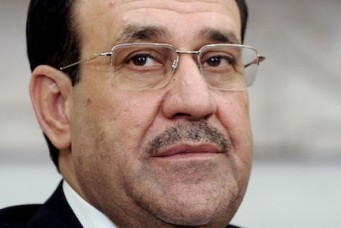