Driving near Beirut’s downtown area in the evenings, you can hear the crackling and see the fumes coming out of huge bonfires: Beirut takes its garbage just outside city limits, dumps it on the beach right by the water, and burns the refuse. To be sure, the government has been working hard, meeting above and (way) beneath the call of duty, looking for alternate dumping sites after the one just south of Beirut (in Na’meh) closed back in July precipitating the crisis.

With the exception of a few villages, the problem is that, across Lebanon, there has been no thorough separating, recycling, composting and then burying what’s left of the garbage collected. The You Stink movement rightly seeks a modern nation-wide plan for the treatment of waste in Lebanon. A totally corrupt political system stands in the way.

As protests in downtown Beirut enter their fourth month and the “national dialogue” goes into its fourth futile effort to reconcile major differences, clashes between protesters and police are increasing in frequency as are arrests of protesters and protest leaders. Yet violence has been minimal, if one compares Lebanon’s recent turmoil with the uprisings that hit its sister Arab countries in 2011. Lebanon’s army and police have resorted mainly to water cannons, truncheons and sometimes teargas canisters to stop protesters from breaking through their barriers to occupy public buildings or try to stop members of parliament from attending meetings in parliament that are notoriously going nowhere. Still, the manhandling of some protesters and the arbitrary nature of arrests and detentions have managed to further inflame the situation and spur protest leaders on to further action against the state.

The protest movement, despite inflamed passions and tactics, does not seem to be making any headway by way of recruiting more supporters to its ranks or forcing the hand of government towards any particular action in their favor. The heads of the main political factions in the country are also failing to either solve the problems that plague Lebanon’s service sectors or to concede anything meaningful to stem the tide of protest.

Lebanon’s current crisis, precipitated by the government’s inability to deal with garbage collection, is a prime example of the old concept of prisoners’ dilemma in international relations game theory. Briefly, two otherwise rational players, imprisoned, are offered a chance to be free if they cooperate—a win-win scenario. The players refuse to do so, each afraid of being tricked by the other into a win-lose possibility. The two are then stuck in a lose-lose scenario and remain in jail.

In the matters of state waiting for their decision, Lebanese politicians, from choosing a president to adopting a promotion ladder for senior security and military officers, to passing a new election law to allow for new parliamentary elections, seek above all to deny a win by their opponents. They are refusing to cooperate with one another and are deliberately derailing the decision making process. As a result of the current gridlock, the country’s basic services are grinding down to a complete halt. Water and electricity are being severely rationed and there seems no end in sight for the garbage collection and treatment dilemma—all issues ironically requiring cabinet level decisions and agreement among the main political/sectarian factions.

What makes matters worse, a protest movement by Lebanon’s youth, which at first blush seemed destined to unite the Lebanese population if not its politicians, is itself in a tailspin. In going for an all-or-nothing approach, it has failed to set any achievable goals. Barring further excesses by the authorities (which could still ignite a broader popular reaction) the youth movement currently risks dispersion of efforts and sputtering to an inglorious finish. The total stalemate risks sparking extreme actions by political actors from within the Lebanese system or from any number of outside forces seeking to take advantage of the prevailing chaos.

In a faint echo of the Arab uprisings of 2011, some Lebanese protesters have raised the popular, “The People Want the Fall of the Regime!” slogan that branded the 2011 season of turmoil. This slogan, however, is not only totally impractical in Lebanon (because of the lack of a power center one might conceivably topple) but also one which is diffuse, not agreed upon by all protestors and, most of all, provokes total derision and hostility from supporters of the various political and sectarian factions in the country.

When the photo of Nabih Berri, the speaker of parliament, was included on a banner calling for the removal of corrupt leaders, the supporters of Berri attacked the protesters with sticks and knives, destroying the banner and disrupting the protest. When demonstrators briefly prevented the speaker, among others, from reaching parliament, clashes got even more violent and the Lebanese Army (LAF) had to intervene to break the fight and arrest participants in it. On another occasion, supporters of Michel Aoun, the Christian member of the pro-Hezbollah March 8 movement, tried to join the protest to raise their own political slogans. This precipitated another clash with protesters who did not wish their movement to be hijacked by one of the political factions they were protesting against.

The protest goals and slogans, however, have proliferated and the protest scene itself is at once confusing and amusing. Protestors usually disappear during the day and gather again in the evening and stay out well into the night, exhibiting various displays of uncoordinated slogans, goals and tactics.

While the garbage issue remains the main motivator, as framed by the You Stink group, others have raised corruption more generally, sectarian politics in Lebanon, the failing economy and prevailing poverty. Along with the main You Stink movement, other groups include “We Want to Hold You (corrupt leaders) Accountable,” and “Youth Against the Regime,” along with sundry labor unions and regional municipal groups (the latter protesting attempts to dump Beirut’s garbage in their districts). Teachers have joined in, for example, to demand higher wages and families of kidnapped soldiers are protesting the lack of action on behalf of their loved ones.

One group of youths (men and women) decided to jump into the (dirty) waters of Zeitouna Bay, a posh area on the water front where the rich dock their yachts. The protesters wanted to make the point that an otherwise public area was being hijacked by the rich for wealthy yacht owners and restaurant goers. The demand in this case was for open public areas that can be enjoyed by poor and rich alike.

Still others, now informally known as the “Abou Rakhousa” group, want to use the downtown area—rehabilitated by the late Prime Minister Rafik Hariri’s Solidaire project into lovely pedestrian-only areas for shopping and dining—into open markets for the less well to do. These individuals have taken to putting on display donated clothes and household items for the poor—bearing in mind that most of the protesters obviously come from middle class and higher income groups. Such initiatives, though well meaning, have outraged restaurant owners and their staff whose businesses have been totally disrupted by the protests and by what they termed as the “cheapening” of the areas in question, making them less appealing to foreign tourists.

Meanwhile, Lebanon’s sectarian/political leaders have reacted in a variety of ways: total apathy from Hezbollah, which does not wish to be involved as long as its interests are not threatened and its symbols besmirched in any way; the March 14 Sunnis and their Christian allies have opted to lay low and neither confront nor appease the protest movement, while Prime Minister Tammam Salam, head in hands, has expressed total frustration and deep alarm at the political void and paralysis of the system he putatively heads.

The sectarian consensus-based system in Lebanon is a product of social and regional factors, which prevailed in 1943 and made the republic of Lebanon possible. For many years, this system prevented rebellions and defections from the union of its component parts. This “National Pact” arrangement broke down in 1975, however, and has been wobbly ever since, especially as the region became more and more complicated. The Lebanese system has now hit rock-bottom and cannot survive without a serious shake-up of some sort. From the following scenarios, only the first one is prescriptive; the other two are developments that might take place if things don’t improve soon.

The most rational and practical way out would be for the protesters to unite, impose better discipline on all the free-lancers who have joined their ranks, and focus instead on one clear issue to start with: the garbage crisis. They should present a well-studied plan for the whole country and launch a nation-wide peaceful lobbying campaign to get the plan adopted by the council of ministers. This would be totally in line with what civil society groups are supposed to do in democratic societies and would stand a good chance of bolstering their flagging popular support in the country.

The political factions would in turn benefit from responding positively to such an approach, demonstrating that they could coalesce behind a plan that actually serves the interests of their various constituents. They could also use a potential success on this front to tackle the other service and political problems one by one, building on the collaboration achieved on the garbage issue.

Desperate in his bid to become president of Lebanon before becoming far too old for the job, Michel Aoun is inching closer to calling a popular uprising of his own. In his last speech to his followers on the occasion of his 1990 ouster from the presidential palace by the Syrians, he called on his supporters to shake things loose via elections—meaning a popular election of the president that would place him in that office and the adoption of a proportional system of representation which would favor his party winning more seats in parliament, hence giving him the authority to act. The implication of civil disobedience and/or violence is very clear in his speech, however, since the majority of factions have already rejected his proposals at dialogue sessions.

A military intervention cannot be ruled out despite the fact that military coups are not normally practical in Lebanon for the same reason that the downfall of the regime demand is not. The system is too fragmented and even army officers individually belong to one political or sectarian faction or another and could, if push comes to shove, be recalled by that faction causing the army to break in half as it did in 1976.

The continued chaos, however, is becoming a strain on the military and security structures which could lead to a serious deterioration in national security. Hezbollah, preoccupied in an ever more consuming war in Syria, can itself ill-afford to be drawn into internal security concerns and may eventually lose patience with the current chaos and seek a joint effort with the LAF to take over the government and make decisions outside the normal consensus-based system Lebanon has followed since its creation as a state.

Regardless of what options are taken up, the turmoil in Lebanon seems destined to continue for some time to come. 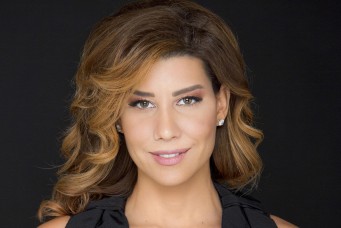