The sole candidate elected on a civil society platform in Lebanon’s May parliamentary elections, Paula Yacoubian, 42, is out to accomplish what many have tried and failed to do in Lebanese politics: end the confessional system. Her strategy? Unite the people first on their common interests and encourage them to join “the movement of the brave.”

Yacoubian ran in Beirut as a member of a new civil society alliance, Kulluna Watani (we are all my homeland), which fielded sixty-six candidates in nine voting districts. Established under a complex new electoral law, the alliance roused support for a platform addressing social ills—corruption first among them. It faced massive headwinds securing votes in May, as an unknown, leap-of-faith party for voters used to going with their sect. Yacoubian is one of its most well-known members.

Formerly a journalist, Yacoubian hosted interviews on Lebanon’s pro-Saad Hariri network Future TV. She resigned from the program—which had aired for ten years— in January, to run for parliament. A media personality, Yacoubian is one of only six women members of parliament elected in this year’s polls, out of a 128-member parliament.

CR: You told The National in March that you were giving up journalism for politics when you decided to run for parliament regardless of the election results. Why do you feel that your mandate—or calling—changed?
PY: I’ve been a journalist for twenty-five years in Lebanon and I’ve tried to bring some change to the Lebanese scene, to push human rights issues, women’s empowerment, and environmental issues. And it was hopeless. No one wanted to listen, mainly because
Lebanon is extremely corrupt. For me, the turning point was the garbage crisis in 2015: this is when I decided that I had to do something, though it was brewing for some time. I decided to join the civil society movement because they’re the real opposition— the only opposition in Lebanon. All the rest of the parties want to take a share in the government, a share of the cake. Then they shut up; they don’t want to get the business done. And the people of Lebanon are the ones paying the price for the corruption and mismanagement.

We [Kulluna Watani] are anti-sectarian and anti-establishment, in a country which is very sectarian, which helps the old political caste get re-elected. I think we are the only ones who can bring real change because we’re a grassroots movement that is growing every day and we come from all walks of life, all regions, all sects. This is a major game changer in Lebanon.

CR: You were the only candidate elected on the civil society platform for the East Beirut district. Was that discouraging?
PY: No! It wasn’t discouraging. You have to know the facts in Lebanon. First, the election is sectarian, extremely sectarian. Second, people do not vote for the unknown. I was the famous figure of Kulluna Watani, and I think I campaigned on a different agenda than the rest. I also think that my region [Achrafieh, an old and upper-class district of Beirut] is the region that can bring change to Lebanon. Its residents are both highly educated and liberal… which is why it was easier for us to make it there. And I think two of us won, but in Lebanon you know, everything has its fraud, and you know the election results were rigged.

CR: You’re speaking about Joumana Haddad—the other civil society candidate who appeared to have won the night before election results were announced, but discovered in the morning that she had lost by a slight margin?
PY: I think Joumana was elected, and that three hundred votes were taken from her list in the final count. Now she has appealed the results, and I have high hopes she will succeed if they don’t interfere with it in the Conseil Constitutionnel, the Supreme Court.

CR: So barring interference, the government may conduct a genuine recount?
PY: It’s not only about a recount. For the first time in Lebanon we had the expats vote. That vote happened one week before the elections and we didn’t have anyone overseeing the results. We didn’t have the capacity to be in the embassies and consulates all over the world. I’m afraid this might be a place where they could have removed some of our votes. The public sector employees also vote before the general elections and we have real concerns that here too the numbers could have been rigged.

CR: What are the unique challenges and opportunities you face as the only civil society candidate elected?
PY: I have one challenge and one aim, which is to make people believe that they can join the movement of the brave. I call them this because these are the people who are going against the sectarian current, the segregation in Lebanon. The [sectarian] camp works on fearmongering, because this is all they have: “You are threatened; you are a Christian minority and the Muslims are coming to take your place.” The Sunnis say the same about the Shia; the Shia have the same rhetoric. At the end they stick all of them together in one government and corruption continues. They’re eating the mountains and drinking the rivers. Our sea is polluted like never before and twenty-eight years after the civil war, we don’t have electricity in Lebanon. Can you believe it? So I’m telling you, they don’t want to give anything back. They just sell the same message about belonging and about the good of the sect. I don’t think there’s any good for any sect if we don’t have a country.

CR: What, if anything, can you do in your position to change this?
PY: I’m working on awareness. The first thing I realized when I was elected was how much awareness we need in Lebanon. To talk to people, to convince them they are much better with qualified people, not merely those [seats in parliament] who belong to the same sects that they do. I’m reaching out on social media as much as I can because I’m boycotted on most Lebanese television networks, which are owned by the parties. You don’t even see my face or my name there, except if they have an attack against me. I am covered by some Lebanese independent networks, but again there are all kinds of pressure on them not to cover me the way they should. I get less coverage than any other MP [member of parliament].

CR: Meanwhile, are you being courted by other MPs to try to win your vote for their policies?
PY: Yes, sometimes they try. And we do try to get together on some issues, but it’s not something that happens a lot. Because they agree on everything and come as one side, on one team, so I’m the black sheep in parliament, who’s always opposing. Take for instance the solid waste law [passed in September, which allows the incineration of trash]. It was a real disaster, but I didn’t find many MPs next to me, and those that were, opposed it for different reasons; I opposed [trash] incineration. But sometimes it does happen, this crossing of camps.

CR: Much of your activism, as you said, has focused on the environment.
PY: May I tell you why? Lebanon is a catastrophe when it comes to its environment. Our air is polluted; we don’t have rivers anymore; we have sewage that reminds us there was once a river here. If we don’t have a viable place—if we cannot fix our
environment—everything else is useless. That’s why this is my aim, to unite the Lebanese around their beautiful country, to make them believe that they can make it beautiful and green again.

The rest of these things, like Hezbollah’s arms, sovereignty, these big headlines…they are very important. But honestly, I don’t think we can do any change right now. You have to be on the right side of history, but this is a wasted war already—some battles are not imaginable, or ones we’re able to win, which is why I’m more focused on things that are a priority for the Lebanese: electricity, the environment. Then, once we are united as one people, we can do so much.

CR: Prime Minister designate Saad Hariri said in mid-October that he is very close to forming a government—something long overdue since May. Do you see a solution for this impasse?
PY: Honestly, I don’t care about forming the government at all, because I think they’re going to come and do more deals and more harm than good. You’re asking the corrupt camp to fight corruption, and it’s crazy. I think the Lebanese people should go to the polls and say “Enough. We don’t want you anymore.” This is the only time when the parties would change their behavior, begin to fear accountability—that people can vote for change, without being afraid of their “belonging.” This is the challenge for me. So [this debate over forming a government], I really believe is a waste of time.

CR: How do you start broadening Kulluna Watani’s base? Say into poorer neighborhoods, or communities that always vote sectarian?
PY: Let me tell you something about Lebanese politics and the way they deal with their own people. I come from the Armenian “sect,” if you want. We arrived more than one hundred years ago to Lebanon as refugees and we have seats in parliament assigned for us as Armenians. I had concerns that Armenians would not vote for an anti-establishment, anti-sectarian MP to represent them—that they would be afraid like all the others. What happened was astonishing; most of my votes came from Armenians.

They voted for an Armenian, but also for one who doesn’t fearmonger, or push this populist agenda that the others do. And that was very important, because we [Armenians] are seen as a ghetto that is always afraid. I think they surprised everyone with the vote, and I would have failed without it. I have my base, I am securing my base, and I think this should be an example for all the others, to vote for Lebanon, and not for the sect.

CR: Is there an independent path for Lebanon to chart, where it is not held hostage to foreign interests?
PY: We can only be independent when we are united. As long as a small country like ours is divided in this way, we cannot have any strength. We cannot have any foreign policy agenda. We just follow the others. We follow other countries according to our sect and religion—the Shia following Iran, the Sunni following Saudi Arabia, and the Christians don’t know what to do. That’s not a country. That’s not even a federation. That can’t survive. We need to be united, and then we’ll have a strong foreign policy. 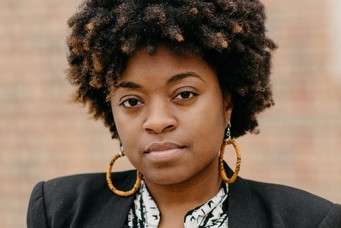 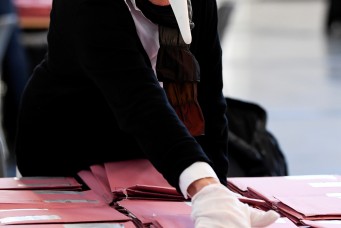 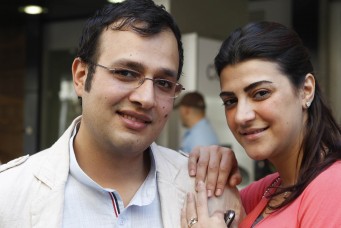