French presidential candidate Marine Le Pen, chief of the far right National Front party, recently visited Lebanon. An unlikely place for an anti-immigrant European politician to canvas for voters? Hardly. Le Pen toured the small Arab country because more than twenty thousand French voters (many of whom are Lebanese Christians) reside in the country and, equally important, to position herself as a defender of Christian minorities in a Middle East ravaged by militant Islamism. France and Lebanon’s Christians, by her account, are facing down the same threat.

Lebanon’s Christians should be careful. Accepting their positioning as a Christian minority in a sea of Muslims entrenches the sectarianism that has diluted the Lebanese nation-state for more than four decades. Within that nation state, the Christians, and especially the Maronites, have always had the status of being the first among equals, a nod to the unrivaled role that Levantine Christians, and especially the Maronites, played in advancing and developing modern Arab culture and political nationhood. The weakening of the foundations, institutions, and functioning of that nation-state dating back to the late 1950s ate into the Christians’ political, social, and cultural influence.

The election, in October 2016, of Michel Aoun as president promises a return of Lebanese Christians’ prominence in the country’s and the region’s politics. Generally seen as a close ally of Hezbollah, President Aoun, shrewdly, commenced his foreign policy endeavors by visiting Egypt and Saudi Arabia, traditionally the two major stalwarts of Arabness. But the challenges created by forty years in the diasporas of civil war and inter-community strife are paramount. The last thing Lebanon’s Christians need is to shrink back into sectarianism, shriveling the state they created, led, and which for decades before the start of all-out civil war in 1975, gave them a unique place in the region.

By standing close to political movements, such as Le Pen’s, which are strongly perceived to be unfriendly to Islam, Lebanese Christians would alienate many of their closest allies, among their co-nationalists and in the entire Arab and Islamic worlds. This has consequences. Lebanon’s real asset is its exports of artistic and cultural content—and human capital. Today, the Gulf is by far the most important recipient of those exports. The Gulf sees in Lebanese cultural and artistic products that rare mix of Arabness situated in glamorous, international-class packaging. Here, Lebanon’s “popular culture,” from music to a general open attitude towards the world, is celebrated as the “best of ours.” Being perceived as friendly with forces that, many in the Arab World believe, repudiate Islam and/or Arabness could dilute that sense of “ours,” and in time, could cost Lebanon, and especially its Christians, a lot of their reach, and the trust and welcome they enjoy.

There is also a pragmatic point here. For over two centuries, since the beginning of the end of Ottoman rule in the Levant and up to the Lebanese civil war, Lebanon’s Christians successfully navigated acute, and often existential, challenges (for example, the Druze-Maronite war in the 1860s). Indeed, in some of those episodes, they allied themselves with foreign powers (from Mohamed Ali Pasha’s Egypt in the mid-nineteenth century to President Dwight D. Eisenhower’s America in the mid-twentieth). But they never positioned themselves alongside forces that are (or seemed to be) anti-Islam. The wisdom always prevailed that such a stance would cut them off from their regional milieu, breed hostility within neighbors they are bound to live with, and leave them an isolated community in a land with limited resources.

Today’s threat of militant Islamism is not new. Like earlier waves of the same peril, it will be curtailed, especially when foreign funding to these militant groups dries up as the war in Syria comes to a long pause. Amidst the ruins, opportunities await—for reconstruction, development, rebuilding civic spaces, and effectively resuscitating the entire Eastern Mediterranean. With their superior education (relative to others in the region), global exposure, entrepreneurial drive, and connections to one of the most successful diasporas in the world, Lebanon’s Christians are the best positioned to leverage on these opportunities.

Ghassan Tueni, the preeminent Lebanese journalist and one of the most eloquent Levantine Christian voices in his generation, memorably described his connection to “the land” as a tree rising and flowering in Lebanon, but whose roots slowly extend, under the ground, to the entire Levant. Those roots feed on further integration with the region, not succumbing to delusions that the future is a protection that a foreigner, with neither the commitment nor the resources, can provide.

Tarek Osman, a political economist and broadcaster focused on the Arab and Islamic worlds, is the author, most recently, of Islamism: What It Means for the Middle East and the World. On Twitter: @TarekmOsman. 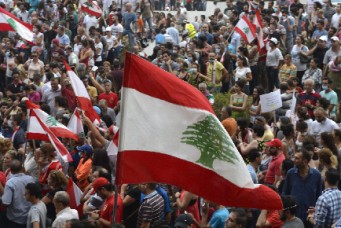