I am not sure whether to blame the natural skepticism that comes with biological age or simply the factual legacy of watching many decades of failed Arab-Israeli diplomatic interactions, but I can muster zero excitement or expectations from the short visit to Israel Sunday by Egyptian Foreign Minister Sameh Shoukry. I wish things were otherwise, and that a breakthrough diplomatic foray by a country that used to be the recognized leader of the Arab World could reshuffle the cards of Middle Eastern diplomacy and set the stage for more peaceful years ahead. I see no evidence of that, sadly, and recognize mainly how deep a low point we have reached when Arab, Israeli, and international media find significance in the mere fact that the foreign minister of Egypt showed up for a few hours in Israel.

I wish dearly that Egypt would resume its role as a recognized leading Arab power that could spur regional and global activity for Arab-Israeli permanent peace, like it resolved its own conflict with Israel. There are no signs that this will happen, though, and those who acclaim Egypt’s diplomatic leadership probably reflect wishful thinking and lively reminiscing rather than anything else. Egypt today is a shackled land, hemmed in by the cumulative consequences of nearly sixty-five years of corrosive military rule, and a refusal to allow the dynamism and genius of its own people to assert themselves in the struggle for national development. Egypt suffers steadily rising internal security threats that are largely indigenous and should never have been allowed to come to life, massive dependence on foreign aid that constrains its freedom of action, and, consequently, self-marginalization in regional and global diplomacy.

I cannot see how Egypt in its current condition can have any capacity to trigger serious regional diplomatic initiatives. History-changing events no longer emanate from Cairo for now; these are triggered rather from other regional capitals in Turkey, Saudi Arabia, Israel, and Iran primarily, and from non-state powers like Hezbollah, the Ansarullah movement (Houthis) in Yemen, assorted sectarian (Sunni, Kurdish, and Shiite) militias and popular movements in Iraq and Syria, rogue groups like “Islamic State” (ISIS or Daesh), and policies and war efforts by foreign powers, including the United States and Russia.

Within this crowded universe of dynamic actors who actively engage in warfare in their and other countries, Egypt is marginal by any measure. It enjoys neither the diplomatic clout nor the military-economic power options that would generate the respect it needs to spur significant diplomatic initiatives related to the Palestine-Israeli conflict and other regional tensions. This is a shame that we should regret every day, because Egypt also enjoys massive assets that it could theoretically deploy in the service of peacemaking diplomacy. Its stubborn but real legacy of respect—even awe—around the Arab World and its peace treaty with Israel, on their own, should permit it to play a serious role in mediating Israeli-Palestinian peace and justice.

Egyptian President Abdel Fattah El-Sisi has suggested a regional diplomatic gathering to push ahead towards a permanent Arab-Israeli peace. But the proposed regional conference has not been formulated with widespread consultations among the key players or coordinated with other international initiatives on the table, and the positions of the principal Israeli and Palestinian parties remain too far apart to stir any hopes of success.

Egypt’s well-intended moves on this front need much more credibility and consultations to succeed. They seem to repeat the failed approaches of the past quarter century of U.S.-dominated mediation, seeking “confidence-building measures” that would normalize Israel’s relations with Arab states en route to a permanent Israeli-Palestinian peace accord. Perhaps it was symbolic that during the Egyptian foreign minister’s visit to Israel the Israeli government announced new funding to expand more settlements in occupied Palestinian lands—presumably to make the point that Zionist territorial dominance of Palestine is Israel’s first priority, and relations with Arab countries are secondary.

Egypt’s forays into this realm are well intentioned and welcomed in principle, but in their current form—and with Egypt’s current stressed condition—they reflect neither serious diplomacy nor practicable statecraft. Reviving and repeating old and dishonest American diplomatic approaches is the easy option that Egypt and other Arab countries seem to choose now and then, but they always result in the same failures. The more effective and much more difficult option requires harnessing Arab and international solidarity to cajole and entice Israelis and Palestinians alike to accept the international rule of law’s dictates on mutual statehood, coexistence, and ending refugeehood and colonial expansion.

Egypt applied these principles in its own peace treaty with Israel, so it should have no problem doing the same in its noble desire to expand the blessings of peace to others in the region. Why it does not do so is a mystery as great and enduring as the role of the pyramids. 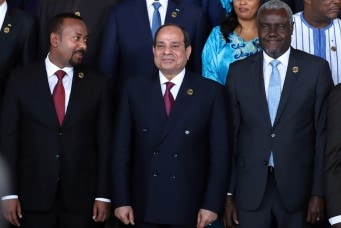 Why Diplomacy Succeeds And Fails