When the Egyptian uprising broke out in 2011, Bahia Shehab, associate professor of design at the American University in Cairo, had just finished working on a book and art installation. No, A Thousand Times No collected a thousand variations of the word “no” on items of Islamic history dating back more than a thousand years in locations as far-flung as Spain and China. Nine months later, she found herself spray-painting the different letterings on the streets and walls of Cairo. “No to beating women,” “No to a new Pharaoh,” “No to burning books.” Her work has not only earned her many honors, including a place on the BBC’s “Women 100” list in 2013 and 2014, but also led to her becoming the first Arab woman to ever win the UNESCO-Sharjah Prize for Arab Culture.

Shehab, 40, is a recognized Egyptian-Lebanese artist, designer, and art historian whose art has been displayed in street graffiti, exhibitions, and galleries all over the world. Shehab’s work focuses on issues of identity and injustice, particularly in relation to socioeconomic, political, and gender discrimination. “Everything is a manifestation of that singular idea of human rights. I am concerned with women’s rights because they are part of human rights,” she said in an interview with the Cairo Review.

Shehab believes her award-winning art installation resonated so deeply because of its relevance to humanity. “When you feel all the oppression and bad things that are going on around you, you feel like you just want to say no.” The title of the work highlights a common Arab expression: “No, a thousand times no.”

Shehab is best known as a “calligraffiti” artist, who blends Arabic calligraphy and typography with graffiti. As a scholar of the Arabic script, she believes it opens a window into learning about Arab identity. In her research on the Lam-Alif (the two Arabic letters that make up the word “no”), she thought: “Imagine all the culture that produced this one letter. If you can create a thousand shapes for one letter, imagine the kind of knowledge that this civilization had.” Very often, her passion to document art history has brought her to the streets. While she can no longer do street art in Cairo because of the city’s “inaccessibility,” she has been painting graffitied quotes from Palestinian poet Mahmoud Darwish on walls in cities from China, Denmark, France, Germany, Greece, and Italy to Japan, Lebanon, the United Arab Emirates, and the United States.

Shehab is also the founder of a groundbreaking graphic design program at AUC featuring a curriculum centered on the visual culture and heritage of the Arab World. She believes that this approach will help students design the solutions of the future. She also developed a graphic design online course in Arabic for the Queen Rania Foundation’s Edraak Platform, which 50,000 students registered for. She is working on another to be released later this year.

Speaking about her UNESCO-Sharjah Prize, Shehab tells the Cairo Review, “It’s a shame that I am the first Arab woman.” She adds that more important than fame and recognition is that laws change in favor of women and that women’s movements earn more rights. Shehab intends to use the spotlight to continue to showcase issues of gender inequality and human rights violations. She underscores the commonality all women face in experiencing oppression but stresses that progress still needs to be made in the Middle East. “We [Arab women] face double the challenge but women’s movements in the West have been working for almost a hundred years and just now they are reaping their rewards. So, we still have a long way to go.”

Most recently, Shehab worked on a video-photo project to raise awareness on the need for greater government attention to preventing blindness in Africa. The project showcases the individual members of an all-women blind orchestra troupe in Egypt. She chose to feature the women playing their instruments alone in a hallway before and after a concert in order for the viewer to “relate to the loneliness of being a woman, veiled, and blind in Cairo. It is a poetic reflection of who they are.”

Shehab is currently co-authoring a book on the history of Arab graphic design. She leaves little doubt that she is prepared to continue her quest for greater representation of Arab women in art and design circles. In every way, she models the advice she gives to rising female artists: “Work hard, love what you do, and you can get anything you want.” 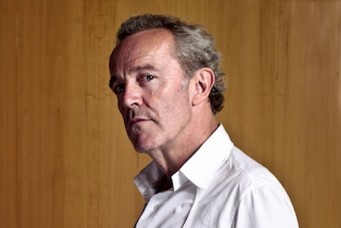 The Artist of French Cooking