A common view in the West is that Muslim women are oppressed by Islamic culture and therefore in need of liberation from it. Columbia University scholar Lila Abu-Lughod has spent three decades turning such perceptions on their head. While not minimizing issues such as domestic abuse, sexual violence, and restrictions on women’s movement and societal participation, Abu-Lughod argues that to truly understand the profound challenges Muslim women face in their lives, the focus must be on “the global economic policies that impoverish them, the national policies that render their families vulnerable, the class politics that deprive them of dignity, and the military interventions that undermine their security.”

Do Muslim Women Need Saving? is the provocative title of Abu-Lughod’s most recent book, based on her ethnographic and anthropological investigations in Egypt. The book, published in 2013 and which Abu-Lughod discussed in a recent talk at the American University in Cairo, tells stories of “ordinary women countering and resisting many aspects of gendered power, often invoking their rights under Islam, appealing to Islam as a synonym of the highest morality, and finding meaning in being Muslim.” One woman, for example, expressed her horror to Abu-Lughod at the notion that Islam was seen as her oppressor; it is the government, she countered, that oppresses women through corruption and neglect.

Abu-Lughod’s work aims to place culture and gender in a broader socioeconomic context. Two of her earlier books, Veiled Sentiments: Honor and Poetry in a Bedouin Society (1986) and Writing Women’s Worlds: Bedouin Stories (1993), rely on her ethnography of the Awlad Ali Bedouins in Egypt to challenge stereotypes and understand the cultural complexity of women in these communities. Abu-Lughod’s book Dramas of Nationhood: The Politics of Television in Egypt, published in 2004, demonstrated the role of class over culture in framing perceptions of Muslim women. Speaking with me during her visit to Cairo, Abu-Lughod explained how ideals of modern and nationalist women that appear in Egypt’s state-propagated media clash with the realities of women in rural communities; for them, she said, government neglect is a greater hindrance than the veil for women struggling to meet the basic economic needs of their families; moreover, she said, such imposed ideals promote division between urban and rural women.

Do Muslim Women Need Saving? expands on an article Abu-Lughod published in the journal American Anthropologist in 2002, when Western politicians and pundits alike justified the U.S. invasion of Afghanistan in part by the need to rescue Afghan women from religious oppressors. In the article, she notes that the Revolutionary Association of Women in Afghanistan never viewed ending compulsory veil covering under the Taliban as one of its goals. Instead, she explains, the group felt the main threats facing Afghan women were problems like arms trafficking and drug smuggling—concerns disregarded in the Western narrative of Afghan women.

The Western obsession with tying the plight of Muslim women to their religion actually does them great harm, Abu-Lughod argues. She spoke of how feminism in the Muslim world, and even political opposition to Islamists, unless carefully framed, risk being unfairly dismissed if they can too simply be associated with the West. Progressive activist rhetoric, she told me, can unintentionally “feed into the larger imperialist one.”

After all, Abu-Lughod asks, why in the Middle East particularly do experts look for answers in religious texts rather than “the history of the development of repressive regimes in the region and the U.S. role in this history?” Culture and religion, she points out, are hardly central to analyzing specific hardships of say, Irish women, or Christian women, or African American women. 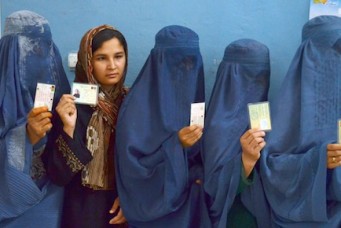 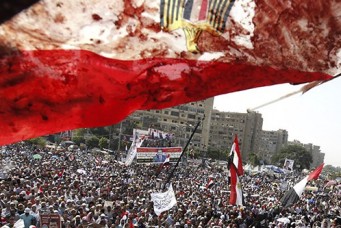 The Truth about the Muslim Brotherhood