Where does religion end and culture begin? Bassam Tibi has spent a distinguished career exploring that thought-provoking question. Professor Emeritus of International Relations at the University of Göttingen and author of more than forty books about the interactions between Islam, society, and politics, Tibi argues that Islam has incredibly diverse manifestations across the world.

Tibi was born in Damascus, but went to Germany as a young man to earn a PhD and eventually became a German citizen. Living among Muslim communities outside his native Syria, he quickly realized that much of what he believed about Islam was actually related to a certain, Middle Eastern culture.

Visiting Senegal, he remembers encountering a kind of Islam so different from the Middle Eastern version with which he was familiar that some of its aspects seemed “un-Islamic” to him. “Mais c’est africain, c’est notre religion, c’est notre Islam,” they told him. (“But it is African, it is our religion, it is our Islam.”)

The idea that Islam was not a foreign concept but a part of the local culture inspired Tibi to apply a similar framework to understanding Islam in Europe. Thus came Tibi’s noted concept of Euroislam, which proposes that Muslims can be fully assimilated as Europeans without compromising their religious beliefs, and without “Islamicizing” Europe, as many European nationalists have come to fear is the inevitable result of Muslim integration. Euroislam is a social, not a religious, concept.

“I do not touch on the credentials of Islam,” he explained during a recent talk at the American University in Cairo. “Islam is based on the five pillars, and so Islamic beliefs are sacred. But for the way you live, it is possible to be a Muslim believer and have a way of life which is European.”

For Tibi, the real choice facing Muslims living in Europe today is not between being Muslim or European, but between integrating or remaining separate. Integration, according to Tibi, goes beyond legal citizenship or even economic integration. It requires participating in a political culture of pluralism.

He strongly opposes the alternative to this political culture, where Muslims in Europe live in what he calls “parallel societies.” Such communities may be part of Europe legally or economically, but beyond this, they conduct their lives within their own religious and ethnic communities.

Instead, Tibi argues that Muslims must go further and participate in a political culture based on five non-negotiable principles: separation of church and state, democracy, human rights, religious pluralism, and civil society. Rather than fully assimilating and giving up religion to integrate, Tibi says, Muslims just need to add to it and live by these five principles.

Tibi also urges critical discussions about Muslims in Europe, cautioning that legitimate concern about Islamophobia should not stifle open public debate. Using the example of the mass sexual assault in Cologne, Germany last New Year’s Eve, he argues, “Free speech means to address the issues in a rational way. What these one thousand Arabs did to women is wrong and if we are silent about it, it doesn’t become right.”

Islam is not a monolithic idea, Tibi argues. “The essentialization of Islam,” he says, “comes not only from Europeans, but it often comes from many [Muslims] themselves. They say there is only one Islam and you either take it or leave it.” He points out that this idea contradicts the reality of Islam on the ground. Even among European Muslims, there is not just one Islamic community, and within these communities, every individual has their own interpretation of Islam. As Tibi puts it, “I would never contradict what Allah says… but this is not Allah, this is you.”

This individualism is central to Tibi’s vision: “I am a Muslim, but I want to be judged upon as an individual. So if I’m ‘bad,’ I’m bad as Bassam, not as a Muslim. And if I’m ‘good,’ I’m good as Bassam and not a Muslim.”

Tibi has also written extensively about other issues like Islamic reform and political Islam. His most recent book, The Islamist Shari’atization of Polity and Society: A Source of Intercivilizational Conflict, was inspired by the growth of Islamist movements during the Arab Spring. The separation of Islam as a religion from its social and political manifestations is also at the core of this work. As he has throughout his long career, Tibi goes to great lengths to disassociate the religion of Islam from the political and historical influences that shape what it looks like today. 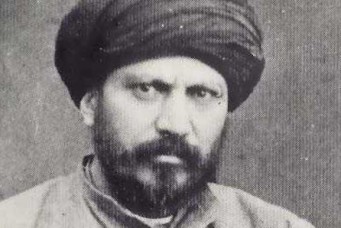 A Struggle for the Soul of Islam