A case in point is the argument about the brain drain from developing countries to the developed world, as a result of the disparity of resources ever so important for scientific research. For decades, the imperatives for the development of science could in fact be considered a form of neo-colonization.

However, as the science behind communications has evolved, and the commercialization of technology has made it accessible to a wider playing field, the brain drain has slowed, if not yet ceased. The pursuit of science, especially in the educational context, is expanding more rapidly in the East, in Asia in particular, and to a great degree throughout the developing world. In the United States, for example, there is a disproportionate number of students from Asia and the developing world studying science. While market forces have continued to allow developed Western societies to depend on a global scientific education base rather than solely on their own, more and more often, we are witnessing the emergence of centers of scientific educational excellence in Asia and elsewhere, with all of the political, economic, and social results that come with them.

The impact of scientific advancement on the nature and tools of international relations and governance should not be underestimated particularly with respect to the communications industry. With easier access to information and the ability to communicate it more rapidly, the media and the NGO communities have become players and stakeholders in the public affairs arena. They often compete with diplomats and politicians in influencing international norms and changing how diplomacy is pursued. Global governance concepts such as the ‘responsibility to protect’ emerged as a reaction to the public outcry over the international community’s failure to prevent the Rwanda massacre. Actions by NATO and a United Nations Security Council resolution for a ‘Coalition of the Willing’ against Iraq were influenced by the public’s exposure to the atrocities of Slobodan Miloševi´c and Saddam Hussein. And needless to say, the Arab awakening we are witnessing in Tunisia, Egypt, Libya, Yemen, and Syria has been fundamentally driven by the scientific advancement of communications—the snowball effect of the call for freedoms, or the communication effect of satellite television and social networks.

The free, rapid, and accessible flow of information to the media, citizens, and private foundations has often made them diplomats without borders. The resulting enhanced level of transparency has had a positive effect on diplomacy by making it more publicly accountable. It is noteworthy that, as another result, traditional diplomacy may also have become more complicated and less effective by in essence curtailing the percolating period that is often required for diplomatic efforts to achieve results.

In fact, while scientific advancement has enhanced the instruments of power by expanding both their reach and their destructive capacity, it has also limited their maneuverability by increasing the number of stakeholders in the decision-making process. This heightened accountability also carries with it formidable challenges. For example, science has been used to develop weapons systems that allow politicians to wage war with ever greater power from increasingly remote distances—a dynamic that may even encourage the use of force at the expense of diplomacy.

The balance sheet of scientific achievement is overwhelmingly positive. But as the pursuit of science creates more opportunities for human progress, it requires a solemn responsibility towards the greater good—the collective interest of mankind. 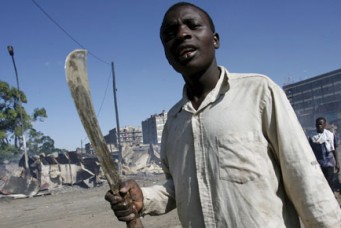 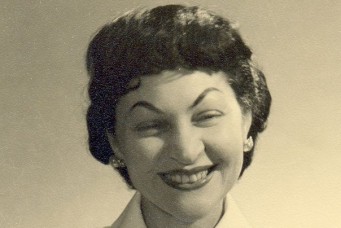 Daughter of the Nile