Amr Hussein attended the Global Entrepreneurship Summit hosted by President Barack Obama in Silicon Valley last June. He and his startup company Koshk Comics left with the Spirit of Tech-I Award, a prize selected by fellow finalists. But the 33-year-old programmer and entrepreneur returned to Egypt after his month-long tour of California with much more than the award and the $1,500 that came with it.

The conference, sponsored by the U.S. State Department’s Global Innovation Through Science and Technology (GIST) initiative, was Hussein’s first introduction to the startup culture in the United States. Through mentorship with industry leaders and networking with other entrepreneurs, he discovered what the American entrepreneurial ecosystem offered in comparison to Egypt’s: sound investment structures and a vibrant entrepreneurial community to lean on for support. “There are a lot of entrepreneurs [in Egypt] who are trying to make different things and new things,” he explained in an interview back in Cairo. “Some people give up easily after facing the first obstacles. This is one downside to the system here. On the positive side, I see some key players who are trying to give more encouragement to startups.”

Koshk Comics launched and has been working with the American University in Cairo’s Venture Lab since 2015. Hussein along with co-founder and creative director Mostafa Saadany designed the company to encourage Arab artists to self-publish their work and enable them to find each other easily online and through offline activities hosted by Koshk. Koshk has given a voice to edgy, underground digital comics like “Lamis,” which tells an empowering story of a woman facing the harsh realities of life in the Egyptian drug trade. The company hosts a quarterly exhibition, “Barra El Talaga,” or “Out of the Fridge.” The one last June featured American comic artist Joe Sacco’s work on Palestine and French artist Caroline Sury.

Some of the obstacles a young Egyptian company like Koshk Comics face include limited financing through traditional institutions such as banks and challenges attracting angel investors, which are difficult to find in Egypt because of legal strictures that prevent stock options and limit shareholding agreements, according to V-Lab Director Ayman Ismail. “They are really trying to push very hard,” said Ismail, the Abdul Latif Jameel Endowed Chair of Entrepreneurship at the AUC School of Business. “They would have had ten times the outcome if they were in a more friendly environment. That’s the reality.”

Hussein sees Egyptian entrepreneurs facing many of the same obstacles as their American or European counterparts, but Egyptians are up against added overhead costs, such as currency devaluation. “Your ability to scale up, and the probability to scale up, while you’re in this environment is pretty much limited,” he said.

V-Lab was established as a platform to support early-stage entrepreneurs, incubating fifty-five startups since its launch in 2013. Ismail and V-Lab look for startups that take risks and change an existing space or the way people think about certain industries. That’s what attracts him to Koshk Comics.

The company has taken the traditional medium of comic books and hosted the entire process, from production to consumption, under one digital umbrella. Comic book artists are able to communicate with each other through an online network that puts them in touch with writers, painters, editors, and colorists. And the consumer can read the finished product online through the mobile app. “Sometimes people think of disruptive technologies as Elon Musk—the batteries and the Tesla,” Ismail said. “Sometimes they might be as small as, ‘Let me just read my comics from my phone.’ For me that’s actually the most interesting thing.”

Hussein hopes for business matters to stabilize so that he can start writing more comics. His ultimate dream? To attend the premiere of an animated movie whose plot originated and was published on the Koshk Comics platform before making it to the big screen. 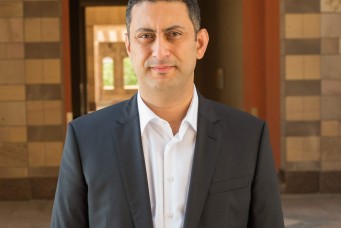 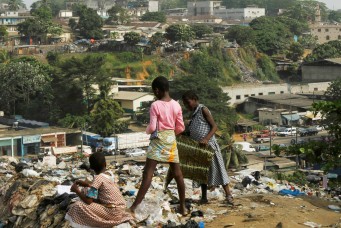 An Egyptian in Space

Toward an Egyptian Open Society