I want to congratulate the Cairo Review of Global Affairs’s writing and editorial family for our team’s outstanding achievements and stellar performance over the last decade. When I asked former Time Magazine Cairo Bureau Chief and professor of Journalism Scott MacLeod to join me in creating the Cairo Review in 2011, the objective of the journal was to bring a discussion on global affairs to Cairo while ensuring that an international audience could read a vibrant Arab Middle Eastern voice on these issues. I dare say the Cairo Review has succeeded far beyond our expectations. The publication has gained supporters even among skeptics who at the inception of our magazine were doubtful that an English language quarterly from Cairo with a Middle East accent could succeed.

Needless to say, transformative events over the last decade have made discussions on global affairs increasingly topical to our audience and provided much food for thought on how international, regional, and domestic communities engage with each other. Since the early 1990s, some pundits and leaders have questioned the validity and relevance of the post-World War II world order following the end of the Cold War and the emergence of new centers of power. Also, the efficacy of the nation-state system has been critiqued following the emergence of legitimate and illegitimate non-state actors. The forces of globalization have brought tremendous opportunities as well as diverse and complex challenges for individuals, communities, and state institutions. In the past decade, communities have faced the illusive paradox of meeting immediate demands, fulfilling ever-expansive dreams and ambitions, preserving security and stability, and at the same time ensuring good governance. The people of our global village have also had to start learning how to live on finite resources which must be shared and used wisely.

In essence, the paramount challenge of this time is to simultaneously determine our respective identities and embrace a balance of interests which provide the most efficient use of resources without irrevocable ramifications on the quality of life for future generations. Finding a collective response to climate change is one example of this paramount challenge that we as a world society must face.

This search for balance between group/national identity and international interests has found expression in the Middle East in the proliferation of political conflicts, inefficient and unresponsive governance, and huge income discrepancies. Additionally, a substantial Middle Eastern youth bulge has increasingly heightened expectations and shortened the patience of the body politic. The Cairo Review of Global Affairs has covered many of these issues both from a broad public policy perspective and a micro-current events lens. Among the journal’s iconic issues were those published in 2011 which vividly described the yearnings of the Arab street. Our first issue was on the Arab uprisings and was soon followed by an issue on the new world order. Other issues discussed the successes and failures of peacemaking efforts between Arabs and Israelis, including a review of the 1978 Egyptian Israeli Camp David Accords and the Madrid Conference in 1991 on Arab-Israeli peace. Issues on a nuclearized Middle East, the politics of water, energy, and food, and post-conflict reconstruction were rich in helping public policy reflection.

Every country in the Middle East is still searching for its 21st century identity. Many states seem to be torn between the past and the future, but this is not unexpected, especially among communities with long histories.

The non-Arab states in the region remain cognizant of the fact that the Middle East and North Africa is mostly an Arab region. Thus, irrespective of their military power or economic wealth, many of these non-Arab nations are constantly attempting to assert themselves. Meanwhile, the Arab World has been resistant to incremental change. Ironically, change is the only inevitability, if not incremental, then through abrupt disruptions.

Equally challenging is the imbalance of influence and power in the region. Such imbalances have resulted in prolonged political conflict in complete disregard of international law and have fueled adventurous regional policies with hegemonic tendencies, further inciting adversarial attitudes between a significant number of regional players.

It is time, then, for the Middle East to become cognizant that just as markets are more globalized, conflicts have become regionalized. Both of these trends make efficient management and governance imperative. States in the region must take economic change seriously. These same states need to enhance their national security. Active diplomacy, with an unwavering commitment to international law, coupled with creative, future-oriented perspectives, is imperative. A new Middle Eastern political, economic, and security architecture is a project that we all must embark upon with a sense of urgency, but equally with the wise realization that this process will be incremental and slow.

Publications of thoughtful public discourse on the issues of today, such as the Cairo Review of Global Affairs, are invaluable in highlighting important topics, ideas, challenges, and solutions from both global and local perspectives. Congratulations to our whole editorial family and authors as we look forward to another great decade! 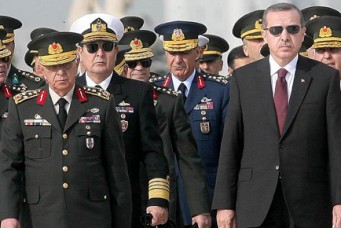 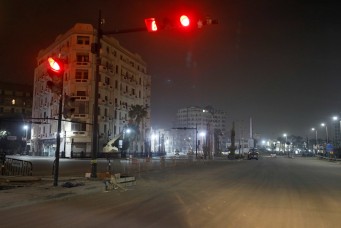 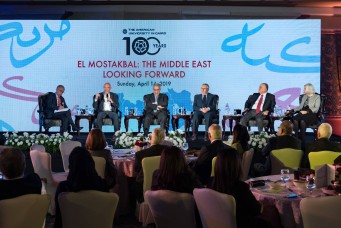