The historic interim agreement between the permanent members of the UN Security Council plus Germany (P5+1) and Iran over its nuclear dispute is not just about enrichment, centrifuges and breakout capabilities. Ultimately, it will help determine who and what will define Iran’s foreign and domestic policies for decades to come. Will it be the security-oriented, confrontational and internally repressive orientation preferred by the Iranian hardliners? Or will the more cooperative, moderate and win-win approach favored by President Hassan Rowhani and the majority of the population take root and prevail?

In a new report, “Extending Hands and Unclenching Fists“—which relies on in-depth interviews with senior Iranian political officials, intellectuals and members of business community—we show that the West can weaken the hardline Iranian narrative of confrontation and resistance and facilitate a comprehensive nuclear deal by collaborating with Iran on scientific projects that carry no proliferation risk.

For the U.S. and Europe, this means augmenting a successful nuclear deal through other areas of mutual interest can help usher in a more cooperative and less threatening Iran whose domestic political liberalization positively impacts the Middle East as a whole. In the past, we have seen Iran take important steps in this direction, but without reaching the desired results.

The 2013 presidential election unexpectedly catapulted centrist leaders into power that have sought an opening to the West on numerous occasions. Such efforts include the 2001 collaboration with the U.S. in Afghanistan, the 2003 Grand Bargain offer, and the 2005 offer to limit Iran’s enrichment program to 3,000 centrifuges (Iran currently has 19,000). These offers were all made prior to the West imposing crippling sanctions. By rejecting this outreach, Washington strengthened the hand of Iranian hardliners who believe the only way to compel the U.S. to deal with Iran is not by sending peace offers, but rather by resisting American power.

Rowhani’s team is again pursuing the notion that Iran’s national security goals require peace and accommodation with regional powers—and by extension, the West. To that end, they see western countries as potential partners in helping Iran achieve its declared goals—not just in nuclear technology, but also in other technological, regional and security issues. Perhaps more importantly, their policies reveal a larger point: for Iran’s national interest, the nuclear issue is more means than goal, in the sense that it is instrumental to the real goal of recognition and reintegration in the international system as an equal player.

It is critical to seize this opportunity precisely because it has taken years to materialize—and nobody knows if and when it will come again. This shift in power following Rowhani’s election and the interim nuclear deal has by no means cemented a new Iranian outlook. On the contrary, the narrative of Iran’s hardliners remains firm and has only temporarily been sidelined: It portrays the West as a brutal, immoral entity out to “get” Iran, deprive it of scientific and technological advances, and keep it dependent on foreign powers.

Punitive measures that ostensibly seek to prevent an Iranian nuclear weapon without hurting innocent Iranians have caused medical supply shortages, restricted Iranian scientists’ access to facilities, equipment and materials, and caused scientific journals and periodicals to refuse the publication of Iranian-authored articles. The consequences of countless such measures — whether unintentional or discreetly deliberate—gave an air of vindication to the hardliner’s narrative that the West is impeding Iran’s scientific progress.

The centrality of science and technology as a vehicle to propel Iranian power internationally cannot be overemphasized. This is precisely why the hardline narrative posits the West as inherently opposed to Iran’s scientific advancement. While nothing will strengthen the positive-sum narrative in Iran more than a comprehensive win-win agreement on the nuclear issue, facilitating the collaboration of Iranian and American scientists in non-controversial fields—such as assistance on green technology or reducing air pollution—will disprove the hardline narrative, render it less attractive inside Iran, and strengthen the Iranian outlook that favors greater flexibility and collaboration with the outside world.

Sending a delegation of green energy executives to Tehran—with the intent of collaborating on state-of-the-art renewable energy technology—would demonstrate to Iranians that Western concerns about their nuclear program are not aimed at depriving Iran of technology or energy, but is rooted in genuine proliferation concerns. Facilitating the export of state-of-the-art pollution reduction and control technology to Iran, as well as reinvigorating science exchange programs between Iranian and Western scientists working on pollution-related issues, would demonstrate that Washington is seeking to engage on science and technology that has literally become a life-and-death issue for millions of Iranians.

This type of science diplomacy—a brand that views Iran as a partner rather than a patron—would emasculate those portraying the nuclear standoff as a microcosm of Western opposition to Iran’s advancement as a nation while helping to clinch a deal with Iran that goes beyond a nuclear accord and toward a larger, strategic peace.

Understanding Iran’s scientific heritage and respecting it builds the kind of trust that will inevitably be necessary for sustained engagement and reducing insecurities that can lead to counter-productive actions by hardliners. Success in this field can spill over to other crucial areas, such as the human rights situation in Iran, which has significantly deteriorated over the course of the past years. Time, however, is limited. The political pendulum in Iran will swing back in favor of the hardliners if the Rowhani government has little to show for in the next six to twelve months.

Second chances don’t come often. We have a golden opportunity to test win-win proposals and strengthen the positive-sum narrative of the Iranian moderates—not just at the negotiating table, but also through concrete actions that can facilitate a new, cooperative relationship with Iran and its people, void of the painful baggage of the past. By following through on scientific and technological collaboration, Washington and Brussels can—over time—help fundamentally transform Tehran’s relations with the West.

Trita Parsi is the founder and president of the National Iranian American Council in Washington, DC. His most recent book is A Single Roll of the Dice: Obama’s Diplomacy with Iran. On Twitter: @tparsi.

Bijan Khajehpour is the managing partner of Atieh International, a strategic consultancy, which he co-founded in 1994.

Reza Marashi is research director at the National Iranian American Council in Washington, DC. He previously served in the Office of Iranian Affairs at the U.S. Department of State. On Twitter:@rezamarashi.

This article was originally published on the Huffington Post and can be accessed online at:http://www.huffingtonpost.com/trita-parsi/which-iran-will-we-choose_b_4467576.html 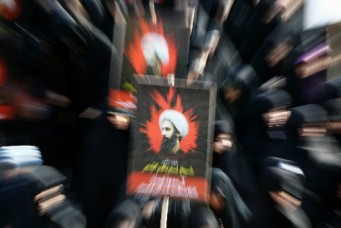 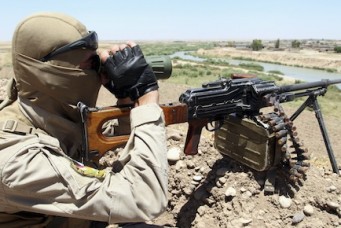