Sometimes, Washington can be a strange place. A growing chorus of voices warns of dire consequences should Republican Donald Trump win the presidency, but few beltway insiders give him a realistic chance of victory. Many Iranians around the world think differently. For months, we’ve dissected the stylistic similarities between Trump and former Iranian President Mahmoud Ahmadinejad. Equally important, but less understood, is Trump’s use of Ahmadinejad’s playbook from his 2005 presidential campaign. I was in Iran for that election eleven years ago, and a familiar confluence of factors that catapulted Ahmadinejad to the presidency has thus far provided Trump with a legitimate shot at winning in November.

Iranian voters were a largely disenchanted electorate in 2005. The reform movement had been stymied, and a sizeable portion of Iranian society failed to see their economic lot improve despite the country’s soaring oil revenues. Enter Ahmadinejad: His populist platform criticized Iran’s political elites for using their power to monopolize wealth, and promised to create new opportunities for the average Ali—an Iranian version of “Make America Great Again.” Ahmadinejad’s top challenger, former President Akbar Rafsanjani, said he would continue reforms, support a nuclear deal, and stimulate economic growth—all things that most Iranians view favorably, and similar to the status-quo platform of Hillary Clinton’s campaign.

And yet, most Iranians rebuffed Rafsanjani. They largely ignored warnings from establishment politicians that Ahmadinejad had plans to “bring a Taliban-like government into office.” For voters, his anti-establishment message on a rigged system and job creation resonated more. Ahmadinejad framed the election as a choice between an ordinary citizen who understood the common man’s struggles, or Rafsanjani the father of corruption in Iran—an Iranian version of “Crooked Hillary”: Dishonest, untrustworthy, beholden to moneyed interests, and exactly how Trump portrays Clinton. Her campaign is warning American voters that Trump is a “loose cannon” that “can’t be trusted.” It remains to be seen whether scare tactics are more useful today than they were eleven years ago in Iran.

Trump’s policy positions have been short on detail, so it’s almost impossible to nail down what his presidential doctrine might be. His talking points, however, have been consistent: Anti-trade, anti-war, and extreme right wing on everything else—a potentially huge, untapped voter demographic. Like Ahmadinejad in 2005, Trump is deriving the benefits of running on an anti-establishment platform while quietly forging working relationships with individuals who personify the establishment—and in many ways have been responsible for the policies that he rails against. Ahmadinejad was never forced to overcome this basic contradiction, and thus far, it looks like Trump will get a free ride as well.

The aforementioned disenchantment amongst the Iranian electorate in 2005 not only heightened Ahmadinejad’s allure, but also helped drive down voter turnout. When he emerged victorious, Iranians were ultimately forced to accept that he was able to appeal to the majority of voters who went to the polls. Only 63 percent of eligible voters participated, and that number dipped to 60 percent in the second round—a significant drop off from the more than 80 percent who cast their ballots in 1997 when Khatami was elected, and the 72 percent when Rouhani was elected in 2013. Eleven years ago, millions of Iranian voters decided to stay home on election day, and that ended up hurting moderate and reformist candidates.

In the democratic primary, Clinton’s eventual nomination started as forgone conclusion but became hotly contested because a previously unknown senator from Vermont garnered 12 million votes on a different kind of anti-establishment platform—Sanders was like Batman, Trump is like The Joker. By preying on voter disenchantment Ahmadinejad-style, Trump is banking on low voter turnout and convincing Sanders supporters to choose him over Clinton. If her campaign doesn’t win over and mobilize progressive Democrats, they might stay home in November, much like Iranian reformist voters did eleven years ago. The fact that Trump is polarizing at Ahmadinejad-levels doesn’t guarantee high voter turnout, and thus her campaign doesn’t inherently operate from a position of strength.

To hear the Clinton campaign tell it, they understand that high voter turnout increases their odds of success, but we’ve yet to see the kind of game-changing action that would ensure voters flock to the polls. For example, she has denounced the campaign finance system predicated on Wall Street donors and Super PACs, but she’s also using it to bankroll her election. Short of choosing anti-corruption crusaders Bernie Sanders or Elizabeth Warren as her vice president, it’s hard to see how Clinton can connect with reform-minded voters in anti-establishment election cycle—a similar predicament faced by Iranian moderates and reformists eleven years ago.

The Iranian electorate was divided in 2005, and voters neither followed their leaders nor were they averse to radical change. Fast-forward eleven years, and the American electorate may be in a similar place. Like Ahmadinejad, Trump has locked in his base of ultra-conservative voters, tapped into a large pool of economically disillusioned voters, and won over anti-establishment votes. It remains to be seen if American voters will learn from the experiences of their Iranian counterparts. Whether or not Clinton’s campaign internalizes the experiences of Iranian reformist and moderate politicians in 2005 could go a long way toward determining the result on election day.

Reza Marashi is research director at the National Iranian-American Council. He previously served in the Office of Iranian Affairs at the U.S. Department of State. His articles have appeared in the New York Times, Foreign Policy, Atlantic, and National Interest. On Twitter: @rezamarashi.

Trump, Kushner, and the Anti-Establishment Circus 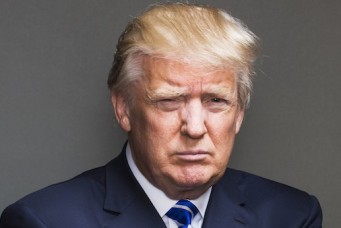 The Meaning of Trump