On September 7, Russian Ambassador to Yemen Vladimir Dedushkin told reporters that southern Yemen was an important region of the country that must be adequately represented in an eventual peace settlement. Dedushkin’s comments were positively received by members of the Southern Transitional Council (STC), a separatist movement that had been excluded from the UN-led Yemen negotiations. The degree of attention that Russia affords southern Yemen reflects Moscow’s geopolitical objectives, historical interest in the region, and aspirations of expanding its influence in the Middle East. Russia views stability in southern Yemen as an essential precondition for its goal of developing a sphere of influence in the Red Sea.

Vladimir Dedushkin’s rhetorical emphasis on the unique concerns of southern Yemen is representative of a broader trend in Russia’s handling of the Yemen conflict. In January 2018, the Russian Ministry of Foreign Affairs formally expressed interest in mediating a standoff between southern Yemeni separatists and supporters of Yemen’s President-in-exile Abed Rabbo Mansour Hadi. Russia’s mediation offer was a direct response to a military assault from pro-Hadi forces against the STC’s occupation of Aden, the capital of Yemen’s internationally recognized government.

Since September 2017, the Russian government has also maintained a contract with the Hadi government to print and safely transfer bank notes from Moscow to Aden. This contract has helped the Yemeni government pay its military personnel and security forces in southern Yemen, which has deterred defections to separatist militias and helped alleviate the liquidity crisis in the war-torn region.

Russian aspirations in the Red Sea were first discussed publicly in January 2009, when a senior Russian military official expressed interest in establishing a military base near the strategically important Bab al-Mandab Strait, which links the Red Sea to the Gulf of Aden. Constructing this base has periodically resurfaced as a long-term Russian strategic goal in Yemen. Former commander-in-chief of the Russian navy Feliks Gromov called for the establishment of a Russian naval base near the Gulf of Aden’s trade routes in August 2017, and Moscow’s Institute of Oriental Studies described the island of Socotra as the ideal location for the construction of a Russian base in Yemen.

In light of these ambitions, former Yemeni President Ali Abdullah Saleh’s August 2016 pledge to allow Russia to construct a naval base on the Red Sea won him considerable goodwill in Moscow. To show their appreciation for Saleh’s offer, Russian diplomats facilitated dialoguebetween Saleh and Saudi Arabia throughout 2017, and Russia sent a team of medics to treat Saleh during his October 2017 illness. Saleh’s pledge to construct the base also partially explains why Russia maintained an embassy in the Houthi-occupied capital of Sanaa until Saleh died in December 2017.

As Russia maintains positive relations with a wide array of southern Yemeni factions—such as the STC’s affiliated Yemeni Socialist Party and the Southern Separatist Movement (Hirak)—Moscow remains confident that one of these southern Yemeni factions will revive Saleh’s basing proposal. The importance of the potential base to Russia’s geopolitical interests is growing because Moscow views southern Yemen as a gateway for expanded influence in the Horn of Africa.

Russia’s plan to expand its influence in eastern Africa consists of offers to establish military installations and increase bilateral trade links with countries in the region. To highlight its growing commitment to the Horn of Africa, on September 3 Russian Minister of Foreign Affairs Sergei Lavrov announced Moscow’s intention to establish a logistics center in Eritrea that seeks to increase the volume of Russia’s trade in agricultural products and minerals in the Red Sea region. Russia is also exploring the possibility of creating a naval base in Somaliland, which would increase Moscow’s access to the strategic Ethiopian port of Berbera. In light of these projects, Russia prizes a military base in southern Yemen, as it would link these installations to the Arabian Peninsula.

The potential strategic benefits of its expanded influence in southern Yemen explain Russia’s diplomatic efforts. Moscow is trying to bridge the gap between the Hadi government’s support for a unitary state and the desires of Hadi’s coalition partner, Yemeni Socialist Party General Secretary, Abdulrahman Saqqaf, and his prominent advisor, former prime minister of the People’s Democratic Republic of Yemen Haidar Abu Bakr al-Attas, for expanded southern Yemeni participation in the conflict resolution process.

Russia is presenting itself as a credible mediator in this dispute, as it maintains close relations with Hadi government officials and informal ties with left-wing southern Yemeni politicians that were established during the Cold War. Moscow was able to de-escalate tensions between the Hadi government and its southern Yemeni partners, underscoring its outreach efforts to Saqqaf-aligned officials in Yemen’s largest province, Hadramawt. As supporters of southern Yemeni autonomy in Hadramawt are wary of the STC’s hostility towards the Yemeni Socialist Party, Russia has encouraged these officials to work within established Yemeni and multilateral institutions to enhance their bargaining power. The recent decision by southern Yemeni nationalists in Hadramawt to reject the STC’s concept of forming a “Southern Arabia” is viewed in Moscow as a tangible success resulting from these informal talks.

Although this setback has not caused the STC to abandon its militaristic policies, Russia believes it can separate the STC militants from its political wing. This distinction will allow Moscow to embolden STC members, which seek to increase southern Yemen’s regional autonomy within the Hadi government and undercut hardline separatists, which want to create an independent South Yemen that could exclude pro-Russian factions from the levers of power. To facilitate the division, Moscow has reached out to Southern Movement officials interested in a political settlement, such as the first vice president of the movement’s Supreme Council, Fuad Rashid, and Sheikh Hussein Bin Shuaib, the chairman of the Southern Sharia Committee.

These officials’ decision to accept the terms of UN Security Council 2216, which enshrines the indivisibility of Yemen, and to agree to work toward renouncing political violence was interpreted in Moscow as a major victory for its diplomatic strategy. Russia believes that the growing synergy in perspectives between moderate STC members and the Yemeni Socialist Party will isolate the STC’s most extreme elements and culminate in a settlement of the inter-regional conflict that does not revive the pre-1990 bifurcation of Yemen.

Russia’s empowerment of moderates within southern Yemeni nationalist organizations and support for Yemen’s territorial integrity bolsters its regional prestige, as it allows Moscow to maintain its interests in southern Yemen while balancing good relations with both Saudi Arabia and Iran. As Saudi Arabia has expressed tacit frustration with the UAE’s willingness to challenge Hadi’s legitimacy and pit the STC against Islah militants in southern Yemen, Moscow’s efforts to scale back the STC’s militarist impulses will be viewed positively in Riyadh.

This policy could increase friction with the UAE, which supports STC militants and views a potential independent South Yemen as a base for its own power projection in the Horn of Africa. Nevertheless, Russia believes that the UAE will view enhanced southern Yemeni representation in the Hadi government as an acceptable compromise that preserves Abu Dhabi’s core interests. Russia’s efforts to transform the STC from a military to political actor also acknowledges Iran’s interests, as STC militants have challenged the Houthi occupation of the critical port city of Hodeidah. As maintaining positive relations with both Riyadh and Tehran will help Russia become an “honest broker” in Middle East conflicts involving both great powers, a deeper intervention in southern Yemen neatly aligns with Moscow’s broader regional strategy.

Although Russia’s efforts to facilitate the stabilization of southern Yemen have yet to move beyond rhetorical statements and informal arbitration initiatives, the Kremlin’s increasing interest in this region are clear. If Russia can facilitate dialogue in southern Yemen and encourage the UN to give the STC’s political wing a seat at the bargaining table, Russia will be able to become an important stakeholder in yet another major regional conflict.

Samuel Ramani is a doctoral candidate at St. Antony’s College, University of Oxford, specializing in Russia’s relationship with the Middle East. Follow him on Twitter @samramani2. 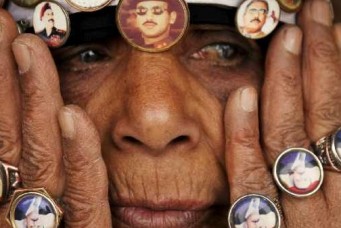 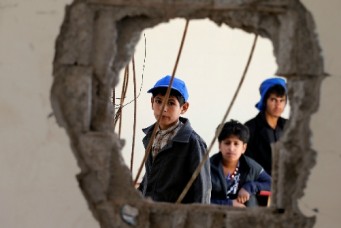 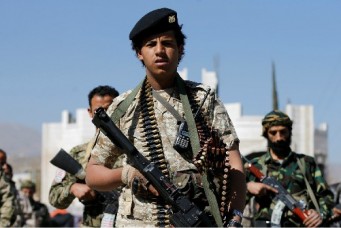