The consummation of a full, multi-decade agreement between Iran and the P5+1 powers, based on last week’s agreed parameters of a Joint Comprehensive Plan of Action (JCPOA) on Iran’s nuclear program, is likely to have monumental consequences—mostly for the better—across the entire Middle East. I base this expectation on one important historical analogy, and on several possible—I believe, likely— developments related to domestic, Gulf-wide, Mideast regional and international dynamics.

The historical analogy is that an agreement that sparks normal economic and political relations between Iran and major international powers would neutralize and then reverse the damage that was done to Iran’s relations with many countries after the 1979 Islamic Revolution. Post-1979 revolutionary Iran was a pivot around which many regional developments and controversial relationships revolved (Syria, Hezbollah, Iraq and others). Some of these elicited anti-Iranian Arab pushback, all of which contributed to the violent, turbulent situation today that many analysts and politicians describe as either, a) a regional cold war between camps headed by Iran and Saudi Arabia, or, b) a broad Sunni-Shiite ideological battle that often includes localized military clashes. A full agreement on Iran’s nuclear facilities and sanctions would be the historical bookend that starts to reverse the negative regional consequences of the 1979 revolution.

The successful international diplomatic re-engagement of Iran by leading world powers shatters the recent failed American-led strategy of sanctioning and threatening Iran. Instead, it opens the way to resolving future disagreements through credible negotiations that address the needs of all sides equitably and respectfully. This key international dimension of current events will have lasting impacts, because it makes diplomacy as attractive as warfare.

The three other dimensions I mentioned stem from the core domestic expectation: that systematically removing economic sanctions on Iran will result in a robustly expanding economy with enhanced commercial trade with regional and global partners. Iran’s 80 million able people and its recent decades of semi-isolation mean that hundreds of billions of dollars in commercial activity await to be transacted. In turn—as happened with Turkey in recent decades—a steadily expanding productive economy with a large domestic base should open the door to more people-to-people regional contacts in tourism, education and other fields, more relaxed political relations, and—most importantly—greater common interest among regional states to maintain a stable status quo that benefits everyone.

This trend ideally would trigger the last two developments I expect in the Gulf and also across the wider Middle East. In the Gulf, rational thinking would replace the exaggerated hysteria in many Arab countries that now sees Iran as a predatory threat and a Shiite menace. An Iran that is trusted by, and keeps its nuclear agreements with, the world’s powers will be seen as a party with whom one can negotiate and coexist. I would expect a gradual softening in Saudi-Iranian-Gulf Cooperation Council (GCC) public recriminations, alongside symbolic exchanges of senior officials’ visits, followed by a serious exploration of how to minimize antagonisms or threats across the GCC-Iran-Iraq region for the well-being of all concerned—and acting on the genuine concerns of all, as is happening in the nuclear talks.

I expect this to happen because I do not see how Iran and Saudi Arabia actually threaten each other in practical ways, as opposed to their ideological differences. As they resume normal economic and political contacts in the years ahead, and continue to suffer the frightening expansion of ISIS and Al-Qaeda across fragmenting, war-torn Arab states, I would urge and hope that one more major development would occur: that the Arab-Islamic powers of the Middle East, with the support of global powers, would explore the establishment of a Helsinki-type agreement that allows ideologically different states to coexist without militarily threatening, undermining or attacking each other. The 1975 Helsinki Accords saw the Soviet- and American-led blocs agree on the status quo in post-WWII Europe while agreeing on fundamental aspects of human rights, freedoms, and cultural, scientific, humanitarian and economic relations.

The Helsinki Accords indirectly contributed to the eventual collapse of the Soviet Empire, which resulted in improved conditions across most of the regions involved. Such a new security architecture for the Middle East agreed by Arab states, Iran and Turkey, with big power support (Israel would have to await the resolution of its conflict with Arab states to join), would allow domestic political and economic conditions to evolve more positively, as they have across Eastern Europe, for example. Arabs and Iranians would all benefit from such evolution that would follow, as their economies developed, they interacted with one another more routinely, and they all realized that their different ideological worldviews were not existential threats.

Iranian-GCC entente is a critical requirement for any such development, and this is now made possible by the nuclear/sanctions agreement that took such a momentous first step last week. 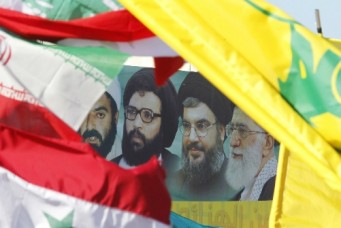 Iran Is a Paper Tiger