The debate over the questions of whether Israel will or should annex parts of the West Bank and what the international community will do in response has been robust. Supporters of annexation in Israel and the United States justify their position by pointing to a broken, perhaps irreparable peace process, Israel’s historical and religious claim of sovereignty over the Holy Land, support and encouragement from the Trump administration, and what is believed will be enhanced security for Israel and Israeli settlements.

For these supporters, Israel today enjoys a unique opportunity to do what it should have done sooner. They discount the potential impact annexation will have, whether it means the dissolution of the Palestinian Authority, the end of security cooperation, the anger of Jordan and some Arab states, or the possibility of punitive actions by some Europeans. They argue that Israel has outlived such manifestations of anger before—for example, when Israel extended its law, administration and jurisdiction over Jerusalem and the Golan Heights—and that this anger too shall pass.

Opponents of annexation, meanwhile, have focused on the illegality of such a move under international law and the death sentence this will impose on the search for a peaceful outcome of the Palestinian-Israeli conflict. Generally speaking, the opponents of annexation are also opposed to the Trump administration’s so-called peace plan, and thus they believe that the green light that the U.S. plan has given to annexation disqualifies the United States from its traditional role as a third party mediator between the Palestinians and the Israelis.

Opponents also point to the questionable benefits that annexation will offer to Israel. If Palestinian security cooperation ends as a result, the entire burden of maintaining security in the West Bank will fall on Israel. If Jordan’s commitment to its obligations under the 1994 peace treaty weakens under popular pressure from a disgruntled Jordanian population, Israel’s security challenges will increase significantly. The Israelis have also now heard from the United Arab Emirates ambassador to the United States who published an article in the Israeli press saying Israel needs to choose between annexation and normalization with the Arabs.

For the current Israeli coalition government, the pathway to annexation is clear and without many obstacles. According to the coalition agreement, Prime Minister Benjamin Netanyahu and Alternate Prime Minister Benny Gantz must discuss the issue of annexation in the context of its impact on existing peace agreements, taking into account the views of the international community. Following this discussion, and with the “full agreement” of the United States, Netanyahu is free to put forward an annexation bill for the Knesset’s consideration.

The American administration appears to be of mixed minds regarding the timing of any action on annexation, probably attributable to the multiple crises that the United States is facing – the Covid-19 pandemic that has taken an enormous toll; the resulting economic downturn which has been formally defined as a recession; and the mass demonstrations following police killings of African Americans. These crises are occurring in a presidential election year, further complicating the administration’s calculations on foreign policy issues.

U.S. ambassador to Israel, David Friedman, has outlined three conditions necessary for American support: completion of the mapping exercise by a joint Israeli-U.S. committee to establish the areas to be annexed; Israel’s agreeing to freeze settlements in part of Area C; and Israel’s acceptance to negotiate with the Palestinians on the basis of the Trump plan. U.S. Secretary of State Mike Pompeo has further said that the decision to annex is for Israel to decide. However, unnamed administration sources in Washington have also said that July 1—the date earmarked in the Israeli coalition agreement as the start date for the annexation process—is not sacred, leading many to believe that the administration wants Israel to slow down.

Israel is also beset by mixed domestic opinions about annexation. As expected, the Israeli left vigorously opposes the prospect of annexation, arguing that it will bury an already-moribund peace process. Significantly, a large cross section of former Israeli generals and high-ranking security officials have come out strongly against annexation on security grounds, arguing that it will hurt, rather than enhance, Israeli security. And, somewhat counter-intuitively, some politicians on the Israeli far right also oppose the idea because it does not go far enough: they do not want annexation limited only to the settlements and the Jordan Valley, and they do not accept the Trump plan because of its inclusion of the prospect of even a truncated and non-contiguous Palestinian state.

Thus far, Netanyahu and Gantz have shown no hesitation in arguing for annexation. To the consternation of many in the Blue White party, both Gantz and Gabi Ashkenazi, the foreign minister, have publicly been steady supporters of annexation, especially related to the Jordan Valley. In fact, Gantz’s decision to join Netanyahu in coalition and to back annexation led to a split in the party that he formed, with about half of its members going to the opposition.

Views from outside Israel have been heavily weighted against annexation, ranging from strong statements and threats of retaliatory action coming from some European states to a succession of public and private messages from American public figures, including the presumptive Democratic candidate for U.S. president, former Vice President Joe Biden. Perhaps most significant, the Palestinian Authority has taken a decision to “absolve” itself of all agreements and obligations, including security. In recent days, senior PA officials have started to describe their strategy of demonstrating what the real cost to Israel that annexation will entail, most importantly in security and economic responsibility for the Palestinians under occupation.

After all this dust settles and after all the arguments for and against annexation are put forth, the most vexing and most practical question that remains is what policy sense does it make for Israel to do this? Opponents of annexation will argue that this question is not relevant and, is in fact naïve, for they view Netanyahu as an irreconcilable ideologue who will try to lock in as much of the territories as possible and thus take advantage of Donald Trump’s presidency. Netanyahu has said as much himself, that Israel may not have such an opportunity like this again to assert its claim of sovereignty over the West Bank.

Even so, however, the move makes no policy sense from any rational perspective. Israel fully controls the area, and no one is currently challenging its control. The peace process is moribund, if not dead, and thus there is no pressure on the horizon of a situation arising wherein Israel might be asked to negotiate away a part of the territory. And, even the Trump plan does not envision Israel’s sovereignty over the whole West Bank.

Moreover, the current situation is extremely comfortable for Israel. Until the annexation issue rose to the fore, the Palestinian security services functioned well and in close coordination with Israel. Their primary mission has been to maintain order in Area A, that part of the West Bank that the 1995 Oslo II Agreement designated for full Palestinian Authority control; but in doing so, they have also relieved Israel of the burden of day-to-day law and order activities in Area A.

Israel’s regional relationships have flourished under the status quo, notwithstanding the ongoing occupation. To be sure, Arab governments continue to pay lip service to the Palestinian cause and the Palestinian issue still resonates among the Arab public. But the absence of a peace process and the current level of Israeli control in the West Bank have not stopped Israeli-Arab state relationships from improving.

Thus, despite its apparent simplicity and naïveté, the question remains why the Israeli leadership thinks it makes any policy sense to upset the status quo by acting unilaterally, and in defiance of such a significant cross-section of opposition both at home and abroad, to annex part of the West Bank. The answer is probably as simple as the fact that it can be done, and thus—for Netanyahu and his supporters—it should be done. It is this short-term political thinking that makes no policy sense at all.

Perhaps the most important takeaway for those interested in the peace process and a resolution of the Palestinian-Israeli conflict is captured in a headline of an Anshel Pfeffer story in the June 12 edition of Haaretz newspaper: “Netanyahu won: World demanded Israel make peace, now it just begs it not to annex.” Thus, even if annexation does not take place, it will be imperative to avoid a sigh of relief and instead to resume the hard work against occupation and for the two-state solution.

Disclaimer: This article was published before Israel–United Arab Emirates peace agreement, or the Abraham Accord.

Daniel C. Kurtzer served in the U.S. Foreign Service for twenty-nine years, retiring in 2005 with the rank of career-minister. He served as the American ambassador to Israel (2001−2005) and to Egypt (1997−2001). Instrumental in formulating and executing U.S. policy toward the Middle East peace process, he participated in the team that convened the Madrid Peace Conference in 1991. In 2008, he served as a foreign policy advisor to presidential candidate Barack Obama and subsequently served on the Obama Middle East transition team. He is currently the S. Daniel Abraham Professor in Middle Eastern Policy Studies at Princeton University’s Woodrow Wilson School of Public and International Affairs. 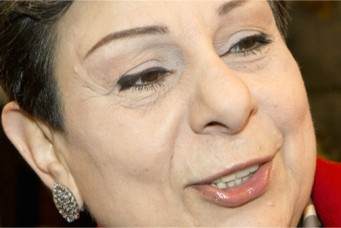 Hanan Ashrawi: “We Are Seriously Worried” 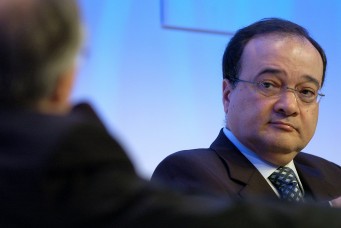