Ten years ago, when Hassan Azzazy, chairman of the Chemistry Department at the American University in Cairo (AUC), began working on a hepatitis C detection system in a newly established university lab, he did not expect that he would be speaking at the United Nations about his work a decade later. In late September, Azzazy presented technology developed at the university to the Solutions Summit organized as part of the 2018 UN General Assembly. D-Kimia, the first AUC biotech spinoff company with which his research team collaborates, was selected as one of ten solutions from over six hundred applications worldwide. The Solutions Summit specifically sought to address UN development targets to be achieved by 2030, called the Sustainable Development Goals (SDGs). Azzazy’s automated hepatitis C detection platform was a prime candidate for SDG 3—health.

Azzazy is a multiple award-winning scientist with over twenty-eight years of applied research and teaching experience in the biomedical and chemical fields. At AUC, he heads the Novel Diagnostics and Therapeutics Research Group, a university lab and multidisciplinary research group he founded in 2008. Together with D-Kimia, he has developed innovations at every stage in the process of hepatitis C diagnosis, including extraction, amplification, and detection. When Azzazy and his research team first started working on the disease, they did not expect to produce a complete alternative diagnostic platform but now they can “run a diagnostic from A to Z,” he tells the Cairo Review. Soon enough, they developed an automated system to extract and detect RNA in blood samples, the material that carries the virus’ genetic code—in essence, an advanced detection system that uses robotics instead of manual methods for hepatitis C diagnosis that involve human handling.

An estimated 12 million Egyptians—13 percent of the population—are affected by hepatitis C, the highest prevalence in the world. The virus causes liver damage and can lead to cancer in severe cases. It was spread in the 1950s when needles were reused on people during a nationwide treatment campaign, and continued to infect people en masse until the 1980s. By 2015, forty thousand people were dying of hepatitis C every year. Recently, the Egyptian government has taken steps to ensure treatment is widely available, denying pharmaceutical company Gilead a patent, and allowing competitors to drive the cost of treatment down to one-thousandth of the proposed price. Now that cures are more accessible in Egypt, accurate and affordable diagnosis is a crucial next step.

Blood sampling in itself presents unique barriers to effective diagnosis in Egypt. Azzazy says that Cairo traffic, heat, and technician error can result in an inaccurate diagnosis. “You see all these motorcycles running around Cairo? Some of these actually have blood samples in them and they stay in the heat and for a long time. The RNA degrades while in transport.” He also describes the danger of technicians tainting the samples by using their hands. Even worse, Egyptians may have no way to double-check the accuracy of their results. Only a few labs in Cairo are equipped to diagnose the disease. As a consequence of this, medium- and small-sized labs that advertise hepatitis C diagnosis will outsource analyses to larger labs, which will most likely end up in the same centralized testing center.

Developed with these issues in mind, the genius of Azzazy’s machine is twofold. First is the automated feature: to accurately perform extraction, D-Kimia’s solution purifies and filters blood samples (until only hepatitis C RNA is present). This process happens inside a machine that performs six laboratory functions necessary to purify the sample. In centralized labs without this kind of machine, human error can contaminate and degrade the sample. This adaptable system is built like a “LEGO,” says Azzazy—any of the six laboratory functions can be reordered and tailored via computer programming that would enable detection of other viruses. Another key advantage is the machine’s ability to be transported to faraway towns and villages. This enables RNA to be extracted immediately after blood is drawn, instead of sitting in traffic on a motorcycle for hours until it reaches one of a few testing facilities in Cairo.

Second is detecting all variants of the virus including that which is most prevalent in Egypt. There are over one thousand examples of the U.S. type of hepatitis C and only forty sequences for the type most widely spread in Egypt—genotype 4, which infects over 90 percent of Egyptians. There is a chance that tests developed abroad don’t detect the Egyptian type, or on the other hand, that Egyptians who contract a different genotype would not be diagnosed if tested only for genotype 4 (missing an entire 10 percent who could have hepatitis C). To solve this, Azzazy’s team looks for commonalities among the RNA sequences of all hepatitis C types and develops a system that will amplify and detect all variants, a crucial addition to hepatitis C research in Egypt specifically.

To further their model of decentralized and accessible medicine, the next step for Azzazy is to develop “real-time thermocycler,” a portable and faster version of his device that can be transported to remote communities. D-Kimia just received a grant to build and test the machine, the first in Egypt, the Middle East, and Africa, which Azzazy and his team started developing this month. “Now we have an entire diagnostic platform that can actually be theoretically put in a car and act as a mobile diagnostic station that can go to remote locations”—in many ways, akin to a mobile diagnostic laboratory.

That way, “we are trying to lower the [access] barrier to health,” Azzazy explains. His research group aims to finish the thermocycler within a year. After that, the full diagnostic platform will need to be marketed and produced to reach communities. He plans to sell the solution at a reduced price—20 percent of the cost of current diagnostic procedures. He explains that “this is our way to survive….I don’t think we are out there for profit. We will make some profit definitely in order to be able to grow and continue but at the same time I think we need to lower the cost for communities.”

Numerous organizations recognize this innovative solution and Azzazy’s pivotal role. He won the 2014 Global Innovator Award, presented annually by the Texas Christian University for research with a societal impact. In 2015, a joint application from AUC and D-Kimia won first place in the industry category of the Arab Innovation and Entrepreneurship Award competition, organized by the Arab Science and Technology Foundation.

Most recently, at the Solutions Summit, Azzazy built connections with funders and innovators in order to open up his product to the market. For some researchers, inclusion of the private sector allows for additional funding opportunities. Although Azzazy has been very successful at getting research grants, he views market acceptance as the ultimate test of the value of his solution. He believes that “the market will not pay you a penny unless you are worth a penny.”

While Azzazy remains optimistic, whether D-Kimia can balance their need to function as a business while providing affordable products to communities has yet to be seen. When reflecting on the summit, he states, “It was an eye opener. We scientists focus on science and technology and we forget the market.” As the researchers of D-Kimia prepare to step into the market, they will be faced with new challenges that nanoparticles cannot solve. In a way, developing a sophisticated robotic biomedical diagnostic system was the easy part.

Beating ISIS in the Battlegrounds of its Birth 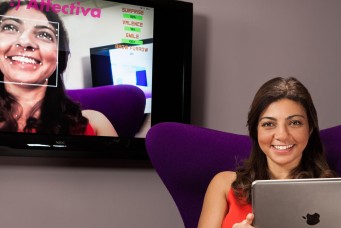 The Government and the Ostrich