Is democracy coming to an end in America? This ought to be a frivolous question, but it no longer is. No less of an authority than President Barack Obama has issued the warning. In his final State of the Union address in early 2016, he called on his fellow Americans to “fix our politics” to prevent “democracy from grinding to a halt.”

President Donald Trump’s victory in the presidential elections has caused more observers to question the health of democracy in America, such as Robert Reich, a professor of public policy at the University of California, Berkeley and former labor secretary in the President Bill Clinton administration. However, the challenge to American democracy does not come from the election of an anti-establishment outsider, however outrageous he may be, but from a combination of two circumstances: the coming to power of a president with disrespect for democracy at a time when democratic institutions are already weakened.

What has eaten into the democratic foundations in America, more than anything else, is the power of money. The system is rigged in favor of the rich and of special interests. Washington’s government is perverted by the collusion between big politics and big money. There is gridlock in government and anger in the heartlands. What is broken is, finally, the “we-feeling,” the sense of community and shared political values, in the population, and trust between people and government.

There are also other, if less dramatic, institutional distortions. During the last two or three administrations the balance of power between the main branches of government has been upset so that Congress has gradually lost authority. From one side, a politicized and unrestrained Supreme Court has usurped powers it should not have, and made itself not just a guardian of law, but a maker of law. From the other side, the presidency has usurped other powers to govern without the collaboration of Congress such as in the widespread use of “signing statements” to limit his duties of implementing Congress’s laws and “executive orders” to govern without the consent of Congress.

The remarkable thing in the destruction of political equality, and the pincer movement by the other powers against the legislative branch, is that Congress itself is entirely passive. President Obama said that elected representatives are “trapped” by their dependency on raising ever more “dark money.” Congress has made itself an observer from the side-lines to the deterioration of the constitution.

Into this morass of institutional weakness steps a radical anti-politician. The inclinations of the person who becomes president, although constrained by checks-and-balances, matter enormously for the character of governance. American democracy is in need of repair. It has instead got a wrecker at the helm.

President Trump is not a man of democratic instinct. Of course, we observers from afar cannot know much about his true personality but it is to take him seriously to listen to what he says. He ran an outrageously ugly campaign based on anger, on fear of the other, on stimulating base mob instincts, on prejudice, on misogyny, on disregard of truth and facts, on disrespect for disagreement. He threatened his opponent with retribution and violence and held up the specter of mass, possibly armed, action, having refused to commit himself to accepting the election result were it to go against him. He has been described, by competent expertise, as a world-class narcissist.

On the substance of his policies, we are starting to see the outlines of how he will govern, which are consistent with the persona we saw in the campaign.

A continuation in government from his habit in the campaign to disregard the truth and to use untruths as a method of working. The denial of truth and the propagandistic use of untruth is the method of dictatorship.

A systematic assault on the country’s free press. Journalists are collectively “dishonest” and what they produce is “fake news.” This is damaging. We are already into a Kafkaesque nightmare where the very meaning of truth and fact is being destroyed.

A continuation of disrespect for disagreement. An actress who speaks her mind gets clobbered, from the position of the presidency, as “overrated” in her profession. A judge who rules according to the law, is branded a “so-called” judge. The White House spreads fear in the country.

An apparent uncontrollable urge to pick fights: with those who might disagree, of course, but also with his own administration and the intelligence services, and internationally with allies, such as the European Union, NATO and the neighboring country of Mexico.

A disregard for the duty of a powerful nation’s leader to make himself informed about matters he pronounces on. Washington spreads fear in the world.

A blustering use of executive orders, fortifying a precedent for governing without the collaboration of Congress. The deterioration of the constitution continues.

And more drip-drip use of dictatorial methods. A lack of willingness to answer and inform, such as on his and his administration’s possible relations to an internationally aggressive Russia. Governance by prejudice, such as his (failed) attempt to ban all citizen from certain predominantly Muslim countries.

The administration is being ridiculed for being a mess. But that is to underestimate what is happening. This president came into office in an American democracy of institutional fragility. He has started to govern in ways that render the institutional foundations yet more fragile. The American polity needs an injection of trust but is getting ineffective and unsafe governance.

And whose fault is that? The U.S. Constitution is designed to prevent any single president from doing much harm. But when President Obama says “fix our politics” he is really saying that the constitutional institutions are not what they should be. The Trump presidency is unattractive, but it is Congress, finally, that is not doing its job.

Stein Ringen is emeritus professor at Green Templeton College, University of Oxford, and blogs at ThatsDemocracy.com. 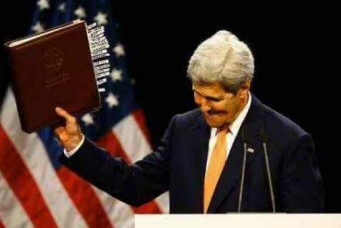 Will Congress Snatch Defeat from the Jaws of Victory? 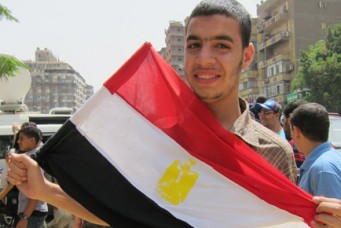 The Dawn of Democracy 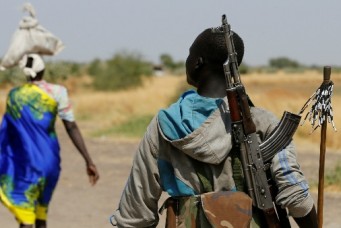