Two decades of chavismo (Hugo Chávez’s socialist project) have finally come to an end, and the result is an unprecedented crisis. Venezuela is in the grips of extreme poverty and hunger, leading to riots and hundreds of cases of looting because of alarming food shortages. It is estimated that 12 percent of the population eats only two or less times a day, while 87 percent does not have enough resources to buy food and, out of those who do, 40 percent can only afford carbohydrates. Long lines outside supermarkets often end up in disorder and confrontations with the police, resulting in wounded and even deaths.

Moreover, the dangerous shortage of medications has reached 90 percent, causing the deaths of great numbers of people, including over 2 percent of all newborns. Hospitals are in terrible condition, and they lack the most basic resources like antibiotics, painkillers, gloves, and soap causing people to get sicker and even die. HIV carriers, hypertensive, cancer and diabetic patients, among many others, must travel the country looking for the medications they need to survive, but in most cases they are forced to have them sent from another country or get them in the black market.

How did it get to this?

Former president Hugo Chávez abandoned the essence of his original project of “twenty-first-century socialism” (a term coined by the German sociologist Heinz Dieterich especially for the case of Venezuela) which promised a model for national economic development that both upheld democracy and went beyond oil. Instead, he sponsored the growth of a paternalistic state, ballooning bureaucracy, and a deeply corrupt patronage system propped up by the irresponsible use of Venezuelan oil as currency for everything (including the financing of the Cuban state). The massive amounts of money that Chávez was receiving for oil, and the strengthening of ties with La Habana made his government believe that it could forget all about the social and economic bases of “twenty-first-century socialism”.

Chávez and Fidel Castro’s idea of expanding the new socialist model to neighboring countries, based on rising oil prices, was embodied in the Bolivarian Alliance (Alianza Bolivariana). However, European and North American historical influence over the Caribbean and South America, along with the region’s own perceived shortcomings, hampered the idea of economic and trade integration ever taking root. The real issue was that the alliance project ignored the political, social, and economic bases of the countries involved. As happened with Chávez’ project in Venezuela, state development was prioritized through a “socialism from the top”, instead of a grassroots socialism where all segments of society would be involved in the development of their economy and production answering to their actual needs.

The death of Chávez left his “socialist” project leaderless. His regime sunk into an irreversible crisis that his successor, Nicolás Maduro, has only made worse. Almost nothing can now save President Maduro’s government, which rules over a country crippled by hyperinflation (400 percent and rising), an unimaginable shortage of all sorts of products, and out-of-control state corruption.

The Bolivarian Revolution, as Chávez named his movement, was an ambitious political bet based largely on the president’s charisma, as well as on the country’s vast oil reserves. Due to oil prices dropping below fifty dollars (from their former high of one-hundred dollars), and the failure of a grey character like Maduro to successfully replace the charming leader, the regime has begun to breakdown. Thousands of members of the opposition have taken the streets demanding a referendum on whether the president should be allowed to remain in office.

In the face of growing unrest, the government has opted for repressive measures, limiting freedom of expression and of press, and hindering social movements of any kind. Maduro is attempting to stay in power through whatever means necessary in a system that is currently unsustainable, and facing total economic and political bankruptcy.

There are no democratic institutions in Venezuela; the only ones that exist are only there to go after dissidents. The population is completely subdued to these institutions that leave aside their economic, political and civil rights. As a clear example, just recently the Supreme Court in Venezuela declared unconstitutional the Health Emergency Law that was approved in May 2016 by the opposing majority in the parliament, where they demanded Maduro’s regime to authorize the entry of humanitarian aid to the country. The current situation is truly dramatic, and has been greatly disregarded by the democratic states in the region.

Yet we cannot say that twenty-first-century socialism has failed because, in reality, it never happened in Venezuela. What failed was a development model influenced by the Cuban regime that pushed forward state monopolies and was temporarily supported by the misuse of natural resources. Its economic vision was unsustainable and lacked any basis in reality. As a political system, where elites operate with impunity, it has failed to be democratic. As an economic model, it has failed to bring welfare to its citizens.

In elections last year, the Venezuelan population made it very clear that they do not support chavismo anymore by handing the opposition more than half the seats in the National Assembly. However a social and political reconciliation will be necessary in order to achieve a gradual national economic recovery and prevent Venezuela from becoming a failed state.

Venezuela’s tragic economic situation has indeed torn apart its society, devastated its institutions and perpetrated the rejection of its citizens against their political elite; but the most pressing result has ultimately been one of the most severe humanitarian crises that Latin America has ever faced. The government must take actions towards allowing private enterprises to take hold and urgently produce food and first necessity goods that the state cannot longer provide. An urgent political consensus is necessary if the current humanitarian crisis is to be stopped from getting any worse.

Fernanda Uro Aboites works in the global affairs unit at the National Electoral Institute, Mexico City. She is a reporter-researcher with the Cairo Review. On Twitter: @Fer_Uro.

How Iraq is Driving Itself to Hunger 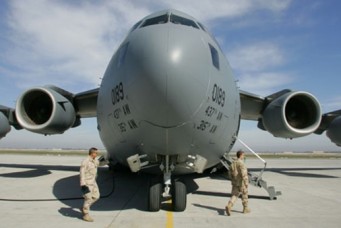 Hugo Chávez & the Middle East: Which Side Was He On?