As a frequent traveler to China, having been to several cities there in November and to Hong Kong in January, I nervously tracked news of the outbreak of a new viral disease in Wuhan as it emerged.

With the number of cases of COVID-19 infection growing in the United Kingdom (UK), I was surprised by the complacency of the British government as we watched images on television reflecting the explosion of cases—and deaths—in Italy and then Spain. I looked online to see what the government of the Isle of Man, where I live, was doing. As a dependency of the British Crown as opposed to a constituent part of the UK, and having its own (much older) parliament apart from that in Westminster, the Island sets its own policies. The messages from the Isle of Man government were refreshingly concise and clear.

However, on ferry and air journeys to the Island at the end of February, I was surprised by the absence of warnings about COVID-19 and actions to be taken by potentially infected travellers. It seemed to be a no-brainer that a place that could easily limit entry of the virus to the community should be proactive in doing so. Evidently, there were notices posted in the airport and on the ferry, but few people noticed them; I couldn’t understand why there was not a card on every seat on every flight and on every ferry crossing telling travellers what to do and asking them from where their journeys had originated.

It was almost four weeks later that the Isle of Man introduced firm measures to limit the spread of the virus, including closing its borders to all but returning residents (who had then to be quarantined). So, like most other countries, including the UK, the government here was slow off the mark; but, once it had announced the first firm and practical actions, it has proved to be a model for other small countries.

People over seventy years of age were required to completely isolate, except for one exercise outing per day and to buy food once a week; restaurants, pubs, hotels, and nonessential retail businesses had to close. Strict social distancing was introduced for supermarkets and pharmacies, and a forty miles per hour maximum speed limit was imposed on the entire island. This was intended to free up police from responding to accidents so that they could enforce the isolation rules and to ease pressure on medical services that needed to prioritize responding to COVID-19.

As an over-seventy aged person, I took advantage of the daily exercise dispensation to ride my bike for fifteen to twenty miles each day or take a long brisk walk when the wind was too strong for cycling. This was a great boon for someone who spends most of his life on airplanes—I could still be greeted by an “other worldly” atmosphere.

My favorite walk hugs the coast alongside a golf course, with sweeping views across a bay to the island’s airport and hills rising beyond. No golfers, no airplanes apart from an occasional medical flight, and few dog walkers are in sight. On the bike, I travel through gorgeous countryside with hardly any cars sharing the roads with me. In late April and early May, the ubiquitous bright yellow gorse, a trademark of the Isle of Man, offered a beautiful contrast to the green of the new leaves on trees and grass in fields.

The color red is also in evidence across the land, being the primary color of the Island’s Manx flag: three armored gold and silver legs on a red background. The Island’s motto, associated with the three legs, is “Quocunque Jeceris Stabit” (“whithersoever you throw it, it will stand”), and the current profusion of flags being flown in the Isle of Man is a defiant symbol of the population’s determination not to be cowed by the virus.

Sadly, though, some of the flags are flying at half-mast, a reminder that the Island has not escaped unscathed. I ride past a graveyard where I glimpse more red: poppies that symbolize the battlefields of Flanders and Picardy in the First World War, another reminder of the battle we all face with COVID-19. Just two miles away from the graveyard is a nursing home where seventeen of the twenty-three fatalities in the Isle of Man lost their battle against the virus.

The fact that only six deaths have been recorded outside that one nursing home is a measure of how successful the Isle of Man government’s containment measures have been. The testing program here has been exemplary, as rapidly establishing a strong testing capacity on the Island itself has avoided the delays that sending tests to the UK would have created. The total number of people tested currently stands at over four thousand, with 332 confirmed cases and twenty hospital admissions. Hardly any new cases have been recorded in recent weeks, although around thirty people are still awaiting results.

Two significant factors have made us successful in flattening the curve.

The first is the transparency and clarity of messaging from the government. Every day the Chief Minister and other relevant ministers and medical experts conduct a media briefing, complemented by a constantly updated website. On the day that the first death on the Island was announced, the Governor, the Queen’s representative here, joined the Chief Minister with his own message of condolence. Reinforcing the importance of social distancing, the police have arrested violators, imposed large fines, and passed prison sentences of up to six weeks on the worst offenders.

The second key contributor is the strong sense of community that is possible in a place with a population little larger than California’s Napa or Newport Beach. Awareness that breaking the rules could lead to the illness or death of someone you know, or someone your friends know, is a strong incentive for compliance. More positively, younger neighbors who are periodically visiting grocery stores are constantly offering to shop for us. Their help comes in addition to the many farms, butchers, and other food retailers which have quickly developed delivery services.

Recently, the government lifted most restrictions as there have been no new infections or deaths on the Isle of Man for six weeks.

The transport links to the UK remain curtailed, but returning residents are now allowed to quarantine themselves at home rather than in dedicated housing controlled by the government. Retail businesses have been allowed to resume trading, and pubs and restaurants have also reopened. Construction and other outdoor trades have been able to return to work, provided that they observe social distancing while doing so.

Driving anywhere on the island is permitted, and the forty miles per hour speed limit has been raised to sixty, and recreational activities like walking and fishing have also opened up. Outdoor meetings between family members are now possible, but as with all these activities, two meters of separation continue to be recommended, but no longer enforced.

Despite this carefully phased easing of restrictions, it’s still hard to say where we will be three to six months from now; but, it is reassuring that the government has made clear that opening measures will be instantly reversed if there is any sign of a resurgence in infections.

As with everywhere else in the world, the Isle of Man waits anxiously for news of a vaccine.

Tim Cullen MBE is an Associate Fellow of the Saïd Business School at the University of Oxford and a visiting professor at Peking University. He was the founder of the Small Countries Financial Management Centre and is Chairman of the international negotiation teaching and consultancy firm, TCA Ltd. He is the former Chief Spokesman and Director of Information of the World Bank.

The views and opinions expressed in this article are those of the author and do not necessarily reflect the official policy or position of The Small Countries Financial Management Centre.

COVID-19: Isle of Man Response and Issues for the Future for Small States 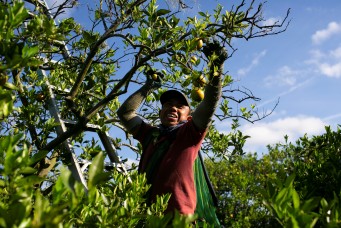