Council on Foreign Relations senior fellows Elizabeth Economy and Michael Levi open their book on how the People’s Republic of China secures the natural resources that fuel its economy with an interesting trip down memory lane. Picture an East Asian nation whose economy was growing at an impressive rate after a period of domestic strife. This nation had been upended by war, but its leaders were learning lessons from the West about the advantages of building an export economy. Serving as a cheap manufacturing base, it quickly became a consumer of large quantities of natural resources. Eventually, analysts in the developed world, especially the United States, Australia, and Western Europe, worried that this upstart nation’s impact on the market was somehow pernicious, especially as that country’s companies seemed to work hand-in-glove with government entities. News media began to warn darkly that this nation’s competitive advantages would inexorably lead to the large-scale purchase of equity stakes in marquee firms in the West.

That picture of an East Asian nation, of course, was not describing the titular People’s Republic of China, but rather Japan from the 1960s until around the early 1990s. The comparison is instructive, since Economy and Levi devote much of their excellent study to debunking the myths surrounding the economic impact of China’s export-led economic growth model.

The background for By All Means Necessary is one of the most profound economic transformations of the twentieth century. Chinese economic growth since the reforms of Deng Xiaoping have been extraordinary in historical terms. In 1980, gross domestic product (in current prices) was $202 billion; by 2011 it was close to $7 trillion—that is a thirty-five-fold increase. Feeding China’s industrial base has led to a rapid increase in its importation of natural resources. So, as the book’s subtitle asks, how is this massive resource quest changing the world? China is not, as some conventional wisdom may have it, pursuing resources with “reckless abandon,” but rather with means calculated to minimize risk, all the while fulfilling the country’s economic needs with an eye toward maximizing self-reliance.

By All Means Necessary leaves us with three main points to consider when discussing China’s resource policies. First, Chinese overseas resource policies are grounded in history and closely reflect China’s domestic considerations. Regime survival is contingent on domestic harmony, which in turn depends on aggressive economic growth and secure borders. Those priorities guide long-term Chinese strategic thinking, which Economy and Levi sum up as “the livelihood of the Chinese people cannot end up in the hands of others.”

As Economy and Levi make clear, the decisive factor to be considered is not the pursuit of resources per se, but the methods used in that pursuit, especially with the wide-ranging support given by the Chinese government. State-owned enterprises, many of whose officers are party members, are back-stopped in many of their overseas efforts by official government agencies—the Ministry of Foreign Affairs, the Ministry of Commerce, the Export-Import and Chinese Development Bank. As Economy and Levi write, this allows Chinese companies to take risks in circumstances their international competitors would avoid. Critically, this is not a top-down phenomenon either; often Chinese companies lead the way, and the Chinese government comes in later with financing or diplomatic and political support. Even that assistance, however, will not always be advantageous for Chinese companies, as deals struck with the insiders of one regime may not be valid when the next regime takes power.

The second major point is that, while Chinese demand for natural resources is, in the aggregate, large, it is sector-specific; the Chinese impact on the market for raw materials is varied, dependent on government policy and external supply and demand conditions. When Chinese demand intersects with tight supplies, we see rising prices. In some liquid markets, such as oil, the impact of this phenomenon is high; for others, such as food, where self-sufficiency is a Chinese national priority, and where there are a variety of other factors independent of Chinese action tightening supply, the impact of Chinese firms is more muted. The data cited in By All Means Necessary show that the Chinese economy was responsible for a fifth of the growth in demand for oil between 2001 and 2007, but only 10 percent for agricultural commodities over the same period.

Chinese state-owned enterprises (SOEs) and private firms are affected by market forces and on-the-ground realities in individual countries as much as they affect them through demand-side pressure. Those who represent China abroad are sometimes willing to learn from experience and can modulate their activities to reflect particular investment climates. In 2005, for example, the China Development Bank mandated that firms applying for loans needed to produce environmental impact assessments and successful loans would require environmental standards. In that mindset, they are not unlike their American and European competitors, who often operated abroad with recklessness regarding environmental, social, and governance considerations, but have, in some case, learned valuable lessons about the business advantages of being a friendly foreign firm. The issue is that the Chinese government, focused on its own legitimacy at home, has not yet developed the institutional framework to effectively police their representatives (SOEs and private firms) abroad.

There is also little evidence to suggest the Chinese have embarked on a wide-scale effort to “lock up” resources, prioritizing their use solely in mainland China. Rather, it willingly sells oil on the world market, and, in cases such as the iron ore market, it can inadvertently make markets more open. Whereas iron ore used to be traded through contracts negotiated by huge multinationals, the growth of small Chinese firms has led to more short-term pricing, an outcome totally at odds with the express wishes of the Chinese government, who simply wanted its multinationals to have more negotiating power. Chinese purchases of stakes in overseas firms are tailored to take into account lessons learned. Where firms have encountered political pushback to blockbuster acquisition, such as the unsuccessful attempt by the Chinese National Offshore Oil Company to acquire Unocal, they will reassess the visibility of subsequent deals, preferring smaller purchases. Whether this trend will continue is an open question. What the evidence suggests is that, in the developed world at least, the Chinese have become very sensitive to how they are perceived.

The third point is that, from a security perspective, the Chinese resource quest does not pose a significant threat to international peace and security, outside of perhaps two domains starting with its claims vis-a-vis other sovereign nations over territories in the East and South China Seas, an arena which, in recent months, has seen tense confrontations over Chinese deployment of oil rigs and drilling machinery near Taiwan’s territorial waters and Vietnam’s Exclusive Economic Zone. The other domain is its management of shared water resources—which is not fungible in the way other resources such as oil and iron ore are, and has an impact on relations with states in Central, South, and Southeast Asia.

The fact that China is not a near-term competitor to the constabulary and expeditionary capacities of the United States Navy will have bearing on resource markets. The People’s Liberation Army and Navy’s focus on internal security, including border protection, and its historical fixation on Taiwan’s status, Economy and Levi argue, will still dominate China’s security planning for the immediate future. Whether this will hold true for the next generation of Chinese leadership is a different question. Progress on relaxing of tensions along these lines is bedeviled by two factors. One is the lack of transparency on the Chinese side regarding many of their activities. The second is the lack of cooperative frameworks that would assist in diplomatic solutions to many of these questions. The China profiled in By All Means Necessary turns out to be, at heart, a pragmatic one, though one wary of the designs of its neighbors and the role the United States plays in the region. The Chinese, rightly or wrongly, fear that the U.S. “rebalancing” to East Asia, for example, is an effort to construct an anti-Chinese alliance to challenge its rightful rise as a country of great geopolitical consequence.

By All Means Necessary would have benefited from a discussion of another area in which Chinese action will have a tremendous impact on resource markets in the rest of the world: climate change. Economy and Levi purposely omitted much of China’s domestic actions in this arena, such as its prodigious burning of coal for power generation. And while it is brought up in specific regional contexts—water usage in Central Asia and in the Mekong Delta—there is no comprehensive treatment of how China sees future adaptation and mitigation efforts in a global context. Its negotiating position at the Copenhagen climate talks was widely criticized in 2009 for scuppering a potential deal; whether that attitude will prevail in Paris in 2015 remains to be seen. While it is true that China trails the United States in per capita emissions of carbon dioxide, in absolute terms it is the number one polluter—and if the Chinese continue to bring more of its population into the middle class, that per capita number will rise. Its appetite for resources has direct climate consequences, in addition to immediate environmental impacts, both abroad and at home.

This is a quibble. Economy and Levi have produced an extraordinarily useful volume, and, for policymakers, analysts, and students, this will likely serve as a foundational reference for those interested in Chinese economic policy for years to come. This will become only more true as Chinese interests increasingly intersect with those of other members of the international community as China continues on its path to become, eventually, the world’s largest economy.

Neil Bhatiya is a policy associate at the Century Foundation in New York, focusing on U.S. foreign policy in South Asia. He was previously a research fellow at the Streit Council for a Union of Democracies. On Twitter: @NeilBhatiya. 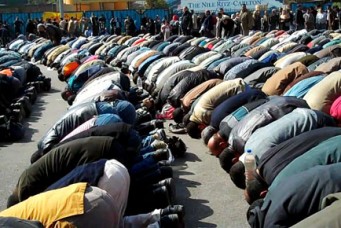