Writing books about the Middle East is a risky enterprise. A wheezy joke has it that a week passes for long-term planning in a region notorious for rapid and unforeseen twists and turns. Greg Myre and his wife Jennifer Griffin have not, in all particulars, escaped being overtaken by events. There they are in good company. Unluckily for them, their book was published just before the Arab Spring and the violent events now accompanying the biggest challenge facing the long-frozen Middle East in living memory. To be sure, no one seriously predicted the upheaval, which arguably might just have prodded Israel and the Palestinians to strike a deal and settle their now century-old struggle. But as President Obama has learned to his chagrin, Israeli Prime Minister Benjamin Netanhayu’s steadfast reluctance to honor past promises—much less take advantage of the changing regional scene and make peace with a Palestinian state—perversely has meant the issue remains locked in its increasingly poisonous aspic.

This Burning Land is the chronicle by two reporters of this stalemate from 1999 to 2007 when they covered Israel and its occupation of what may just perhaps one day become a Palestinian state, a maddening slice of land about the size of New Jersey which generates more—and more repetitive—bad news than more populous countries many times larger.

Whatever its shortcomings, this book, with its subtitle Lessons from the Front Lines of the Transformed Israeli-Palestinian Conflict, has got the big picture mostly right although some might question whether that conflict has indeed been transformed much at all.

Their steadfast shuttling between Israel and the Palestinians in the West Bank and Gaza that Israel conquered in 1967, then gradually colonized, left few illusions intact for Myre, at the time a New York Times reporter, and Griffin, of Fox News.

Not the least of the authors’ accomplishments, which include bringing up two young daughters—a major attraction for foreign correspondents, especially married ones, is that unlike the perpetual traveling of most of their colleagues, the Jerusalem assignment means you almost always get home in time for a hot dinner—is their wry appreciation for the stereotyped criticism that is the foreign correspondent’s lot in the Middle East, especially in Israel.

Myre, predictably, was taken to task for working for the New York Times, which many Israelis consider hopelessly pro-Palestinian, and, to her embarrassment, Griffin and her straight reporting were praised despite herself for the hawkish pro-Israeli editorial line often associated with Rupert Murdoch’s television mouthpiece.

Anyone concerned with the increasing dangers faced by foreign correspondents would do well to read the pages devoted to the harrowing detention of two Fox crew members by the particularly unpleasant Daghmush clan in Gaza in 2006. Such dangers in Gaza and many another clime have only increased since then.

To the couple’s credit, the book sparkles with details of the kind of foot-leather reporting increasingly sacrificed in the world of ego-enhancing blogs, Twitter, Facebook, and other electronic instruments of instant and often self-indulgent citizens’ journalism and the sloppiness of the 24/7 news cycle.

On display is an old-school effort of talking to people who aren’t going to tell you even part of the truth on first or even fifth acquaintance, the need to win their confidence by going back time and again. That is, in essence, expensive ‘slow’ journalism increasingly considered expendable by head-office bean-counters who preside over the death of the craft they claim to be saving.

To single out an example of what such effort can produce, Myre’s sixteen-page account of Palestinian collaborators outed by their own people and forced by their Israeli handlers to live unhappily in Israel is reporting at its gritty best. John Le Carré and David Ignatius cannot hold a candle to the chapter entitled “The Invisible Hand.”

Perhaps inevitably for the authors, who lived in West Jerusalem among Israelis and not in the West Bank amid Palestinians, the color, quotes, and anecdotes tend to concern more Israelis than Palestinians. Despite real efforts to understand the plight of everyday Palestinians living under occupation, the book dishes out harsher criticism of the underdog Palestinian politicians, especially the late Yasser Arafat, than of the succession of Israeli leaders who are equally culpable, perhaps more so since Israel wields infinitely more power than do the Palestinians.

Their assigning of responsibility for the outbreak of the second intifada in 2000 does pinpoint Ariel Sharon’s visit to Jerusalem’s Temple Mount, which rekindled his career by provoking the Palestinians. But very little attention is directed at deconstructing the failure of President Bill Clinton’s efforts at bringing peace to the Israeli-Palestinian conflict in the final months and weeks of his presidency in 2000. Only the truest of true believers in Israel still accredit the initial official American and Israeli versions, recounted here, blaming Arafat alone for the breakdown of the negotiations.

And, curiously, only one paragraph of the book deals with paramount American responsibility over the years in allowing the pro-Israeli lobby in the United States to dictate the policy of what still remains the world’s only superpower. Yet America’s complaisant tolerance of muscular Israeli actions over the decades is no longer disputed even in the United States (outside the Congress, where recently senators and representatives jumped to their feet dozens of times to applaud Netanyahu as he shredded President Obama’s timid suggestions for Israeli concessions).

At times, the book seems fuzzily out of focus. Long gone are the days when George W. Bush’s Secretary of State Condoleezza Rice infelicitously celebrated the Israelis’ ill-advised, poorly executed, and ultimately embarrassingly unsuccessful second war in Lebanon in 2006 as “the birth pangs of a new Middle East.” Five years later a new, still inchoate Middle East indeed is coming alive, whether Israel, the United States or the Palestinians like it or not. Alert to the promise of the Arab Spring and conscious of each other’s internal weaknesses, a diminished Hamas and the remnants of the Palestinian Authority at least feel compelled to say they want to stop their violent rivalry and cooperate despite major wrangling over key details. Clearly, the chronicle of this intractable conflict is not complete. 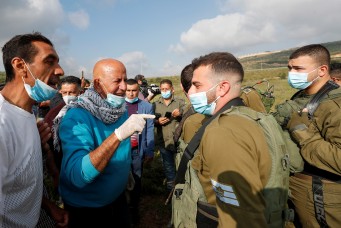 Is Washington a Land of Honest Analysts or Snake Oil Salesmen?