In January 2014, as business leaders and politicians congregated in Switzerland for the annual World Economic Forum, Oxfam released a report on inequality that would generate headlines around the globe. The charity’s figures showed that the richest eighty-five people share a combined wealth of $1 trillion, equivalent to the total wealth of the world’s poorest 3.5 billion individuals.

Since the 2008, financial crisis there has been growing consensus that inequality is a bad thing. This might be one of the few points of agreement between the protesters who camp outside Davos every year and the canapé-cruising delegates within. Yet opinions quickly diverge on what to do about it.

Concerned policy makers can deploy two strategies. The first favors equality of outcome, through redistributive tax and welfare policies. The second promotes equality of opportunity, a perspective that at its most extreme suggests that in a perfect meritocracy, income inequality would not be a problem. European countries have leaned towards the former, but America’s nation-defining dream is an expression of the latter: anyone willing to work hard should be able to make their fortune.

The statistics tell a more complicated story, however. According to the Organisation for Economic Cooperation and Development (OECD), the United States, United Kingdom, France, and Italy have the lowest levels of social mobility in the developed world—in these countries over 40 percent of the economic advantages high earning fathers have over low earning ones are passed on to their sons. So what should be done?

Conventional wisdom would suggest reforms to education, to ensure that low-income children can access high quality schooling, or perhaps quotas in the workplace or higher inheritance tax to chip away at unearned wealth. But Gregory Clark, a professor of economics at the University of California, Davis, argues that when it comes to social mobility, mainstream thinking has got it all wrong.

In The Son Also Rises (his previous book, Farewell to Alms, is also a Hemingway pun), Clark argues that standard measures of social mobility are inadequate. Economists have tended to quantify intergenerational social mobility by comparing an individual’s educational attainment or income with those of their parents; in a perfectly mobile society the correlation would be zero as your parents would have no impact on your success. The problem with this method is that it cannot discount for the randomness that shapes most people’s careers: they happened to perform well in that interview, or they flunked their exams because they weren’t feeling well. It is also one-dimensional: it could suggest that the son of an oil tycoon who becomes a university professor has slipped down the social ladder, although his career is arguably of higher status.

To remedy this, Clark proposes a measure that takes into account profession, education, income, and wealth and that tracks mobility over multiple generations—indeed over hundreds of years. His method is ingenious: he studies surnames.

Surnames can be very effective markers of socio-economic background. In medieval Britain, for instance, the artisanal classes often took their name from their profession: Baker, Plumber, Potter. The elites were usually named after their ancestral home, and the “super-elites” could trace their names to the Norman conquerors listed in the 1086 Domesday Book: Sackville, Percey, Neville. By the late 1300s these surnames were often inherited, so by studying the names of those attending the grand medieval institutions of the church, Oxford and Cambridge universities, and parliament, Clark can estimate how often Bakers and Plumbers escaped their class background.

It turns out that Medieval England was no less socially mobile than modern Britain, or indeed Sweden or the United States. The UK’s slow but persistent rate of social mobility was, curiously, unaffected by even radical changes such as the industrial revolution and the introduction of universal education. Simply knowing that a British person is related to someone born in 1830 who died wealthy is enough to predict that they are six times more likely than average to study at Oxbridge. “From shirtsleeves to shirtsleeves in three generations” the proverb goes, yet in reality this process takes between ten and fifteen generations.

Clark deploys similar techniques to study social mobility in the United States, Sweden, Japan, Korea, Chile, India, and China. In America, for instance, he identifies surnames associated with Native Americans (a fine selection including Manygoats, Goldtooth, and Twobulls). It turns out that Native American surnames only occur at 6 percent the expected rate on the American Medical Association’s Directory of Physicians.

Clark’s surveys are painstakingly detailed, but his conclusions are strikingly broad. All countries possess the same slow but steady underlying rate of social mobility. “Social status is inherited as strongly as any biological trait such as height,” Clark writes, and it is here that his argument becomes a little problematic. He refrains from concluding that social status is a genetic trait, but argues it does behave like one. An individual’s social status is little affected by the number of siblings they have or their country’s school system, which Clark believes implies that “nature” rather than “nurture” is a greater determinant of success—but few biologists would agree that such a sharp distinction exists between the two.

Families possess an “underlying social competence,” to which individuals regress over ten to fifteen generations. For reasons he can’t fully explain (though he suggests it is a useful area of research), the “underlying social competence” of some groups is higher than others: that of Coptic Egyptians in America is extraordinarily high, while that of African Americans is lower.

This conclusion feels deeply uncomfortable—for a start, the term “competence” suggests that low status is a problem internal to individual family members. It seems it must be partly socially determined: the oldest Americans to be born after the Civil Rights Act will turn fifty this year, and discrimination can have a long-term affect on mobility.

Clark’s book is an extraordinary work of scholarship, and one that poses a challenge to those concerned we are entering a new Gilded Age. As well as prompting several new questions—not least around his observations that some groups possess higher “social competence”—it offers one immediate and important conclusion. Given that government policy appears to have no effect on social mobility, those concerned with inequality would do best to focus on redistributing income between rich and poor. Whether it’s through chance or genetic inheritance, there will always be people with low social status—but considering the starkly different social welfare policies in the two countries, it’s better to be at the bottom of the pile in Sweden than in the United States.

Sophie McBain is an assistant editor at the New Statesman. She has written for the New Republic, FT Weekend, Guardian, Monocle, and Spear’s. From 2008 to 2011 she worked as communications assistant for the United Nations Development Programme and a consultant for the African Development Bank based in Tripoli, Libya. On Twitter: @SEMcBain. 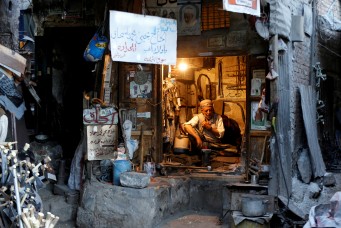 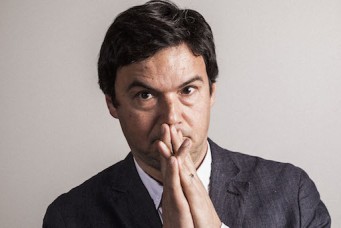