Carrying dual citizenship is a widely accepted practice. But despite common perceptions, it is not merely a function of an increasingly globalized world, or of facilitating systems and technologies. InThe Scramble for Citizens, David Cook-Martin explores how the concept of dual citizenship has evolved in legal and policy decisions made by state builders over the past two centuries.

Cook-Martin offers a case study of a migratory system linking Italy, Spain, and Argentina. He shows how in the late nineteenth century, Italy and Spain adapted their citizenship and immigration policies in response to Argentine state-making strategies. During the period between the first and second world wars, a consensus emerged in international law that people should be affiliated with only one state, and that states themselves should avoid tolerating dual nationality, as well as statelessness. But fearing potential demographic crises from then-shrinking populations, Spain and Italy sought to retain some control and influence over citizens immigrating to Argentina by adopting policies that permitted dual citizenship. After the Second World War and into the 1990s, the situation became reversed: with the rise of the Italian and Spanish economies and the decline of Argentina’s, Argentines increasingly sought opportunities by immigrating to Italy and Spain. And these host counties had inadvertently facilitated access to citizenship for would-be Argentine immigrants due to their own earlier policies permitting dual citizenship.

Cook-Martin is ultimately concerned with a question at the center of an enduring debate among citizenship scholars: In our modern age, has citizenship become more, or less, valuable? The ‘nationalists’ argue that since naturalized citizens make up merely 3 percent of the global population, the nationality one is born with matters a great deal. ‘Post-nationalists’ counter that the value of citizenship has declined considering the spread of dual citizenship and the granting of permanent residence status that effectively provides people with citizenship rights in practice if not in name. Cook-Martin asserts that part of the problem with this debate is that citizenship is rarely studied from the vantage point of the key actors—the migrants themselves.

In an ethnographic approach to understand the status and opportunities gained by holding a second nationality, he traces the complex process of obtaining dual citizenship through the voices of individual migrants as they interact with various state and private actors, as well as interactions with what Cook-Martin deems the “paper industry”—the network of people who profit from obtaining the documents required by official procedures. Following an initial fact-finding foray through centuries-old government and private archives, migrants can wait years to find out whether their claims for dual citizenship have been accepted. The ability and willingness of would-be migrants to navigate this complex system in creative and entrepreneurial ways speaks to their ambition and perseverance. Hence, Cook-Martin concludes, the sagas of Argentines seeking dual nationality underscore the value of citizenship.

Kelsey Norman is a fellow at the Center for Migration and Refugee Studies at the American University in Cairo. She has worked as a researcher in Canada, the United States, Egypt, and Croatia. She is pursuing a doctorate in political science at the University of California, Irvine, where she is studying the impact of migration on understandings of citizenship.

Only Active Citizens Can Save Their Precarious States 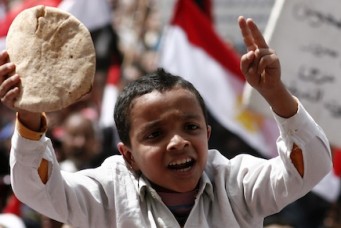 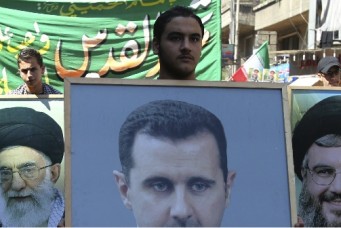