At the end of July, the State of California and Mexico signed a memorandum of understanding to enhance joint cooperation on a variety of climate change-related priorities. The MOU signing ceremony included a joint appearance by Pedro Joaquin Coldwell, Mexico’s energy secretary, and California Governor Jerry Brown. Despite the fact that California is not empowered by the American Constitution to conduct its own foreign policy, no one thought this initiative was peculiar.

Indeed, the agreement fit into a pattern of forward-thinking activity by the state, spurred in a large part by the failure of climate legislation at the federal level, as well as the disappointment felt by many in the lack of progress made through the United Nations Framework Convention on Climate Change (UNFCCC). California operates one of the United States’ only two carbon emissions trading programs. In 2013, it entered into a similar pact aimed at combating climate change with Oregon, Washington, and the Canadian province of British Columbia. Two of its cities, Los Angeles and San Francisco, participate in the C40 Cities Climate Leadership Group, a network of megacities around the world dedicated to emissions reduction.

Such efforts represent a change in the perspective of international relations. While the frame of reference has long been centered on intersections between nations, the world has opened new avenues for studying events and actors below the surface of high politics. The focus on the transnational has risen partly out of the “bottom-up” historiography of the 1960s and 1970s. But it is also due to other factors: the realities of globalization, which have accelerated in the past three decades with political and economic openness within post-communist countries, and the diffusion of technology that has lowered barriers to competition.

How this new perspective changes our understanding of the global effort to fight climate change is the subject of Transnational Climate Change Governance, a collaboration of ten American and European scholars. At the heart of this study is a database of sixty initiatives, screened by the authors and organized into a series of analytic categories. The initiatives encompass cross-border efforts by a variety of actors to mobilize some sort of action against the challenge of climate change, broadly conceived. These actors include not only governments on the federal, state/provincial, and local level, but also private enterprise, non-governmental and civil society organizations, and global governance organizations such as the World Bank. All of these actors, to some extent, seek to “govern” reactions to climate change, by which the authors mean how networks of actors go about “establishing and contesting what the legitimate social purpose of responding to climate change entails.”

Transnational Climate Change Governance proceeds on two tracks: one empirical and the other theoretical and discursive. The empirical track interrogates the database, attempting to discern patterns with the current snapshot of governance efforts. Along the way, the authors puncture a lot of conventional wisdom about what the constellation of transnational climate change governance efforts looks like. For example, initially one might think that the bulk of these initiatives is centered on the long-standing industrialized countries in North America and Western Europe. After all, not only do they bear the lion’s share of historical carbon emissions, suggesting an opportunity to “make amends” through various policy avenues, but they also possess significantly more expertise, financial firepower, and a well-developed civil society and NGO infrastructure. That is certainly a causal factor as to why many high-income countries initiate these efforts (only one out of the sixty initiatives under study includes more than two Global South countries among its founding members). Yet, the database shows that participation is quite broad—77 percent include at least one actor from the developing world.

Nor is there some grand pattern or schema behind how actors chose which issues their governance efforts will address, including how those efforts are actually organized. While the database identifies four major concentrations—energy, carbon markets/finance, carbon sequestration/forests, and infrastructure—no single category of actors dominates participation in any of them. If this gives the impression that transnational climate change governance is an unstructured space, with projects cutting across one another in a way that does not suggest much efficiency, then the authors have likely conveyed the truth of the matter.  The universe of transnational climate is still in its infancy, and, as the UNFCCC process continues to be hampered by disputes between developed and developing nations, efforts will continue to proliferate in an anarchic and iterative process. Had the authors done nothing but compile and parse their own database, the book would have been a valuable contribution.

The second track attempts to further unpack the meaning behind these trends through the use of three distinct theoretical lenses. One is an agency lens, which focuses on how actors consciously conceive of their interests and fashion specific strategies to meet them. The second is a social and system dynamics one, which takes a broader view, attempting to show how actors fit within the world around them—the institutional frameworks, mores, and discourses that set up the boundaries of what is deemed acceptable behavior. Lastly, there is a critical political theory perspective, which warns that much of the progress on advancing transnational climate change governance serves only to reinforce dominant orthodoxies. In particular, many initiatives may advance the interests of the global market economy, which allows for the bare minimum of effort to combat climate change but fundamentally does not alter the insatiable quest for natural resource-fed economic growth that put our planet on this path in the first place.

While one suspects that some combination of the collaborating authors is sympathetic to one of these lenses, they refrain from trying to make overreaching judgments, given the admitted limitations of the sample, as well as the relative newness of the subject itself. Each lens has something interesting to say about the issues covered, the rules that govern these initiatives, and the extent to which transnational governance has advanced the debate about how the world should respond to climate change. While it is far too early to accurately assess the actual impact of these initiatives on the climate, it is clear that our understanding of what constitutes climate change governance has shifted.

The authors have succeeded in their central aim: they have “offered an initial step in the right direction.” Further academic studies on the subject will be incomplete without relying on their database. For those in the policy community, the questions at the heart of this study will hang over not only the kinds of projects that currently populate the transnational climate governance space, but also future efforts to build networks to fight climate change. In setting out an ambitious line of inquiry, Bulkeley et al. have given us a solid foundation for future work.

Neil Bhatiya is a policy associate at the Century Foundation in New York, focusing on U.S. foreign policy in South Asia. He was previously a research fellow at the Streit Council for a Union of Democracies. On Twitter: @NeilBhatiya. 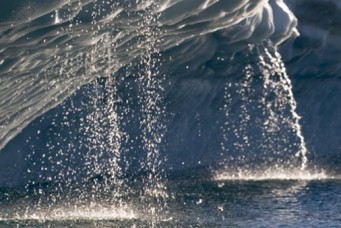 A Checklist For Arab Change 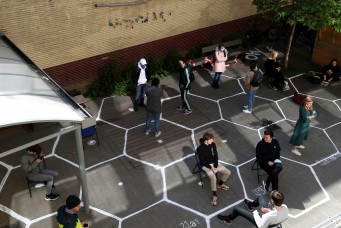