The horrific bombings of a peace rally in Ankara on October 10 were a terrible shock to a country already on edge. Despite government claims that Islamic State militants were behind the attacks, some Turks saw the government’s divisive nationalist rhetoric as an underlying cause of the violence. President Recep Erdoğan’s government, which has done much to poison the current political climate, appears to be betting that doubling down on security fears and Turkish nationalism will give it a boost at next week’s polls. That remains far from certain.

The challenges facing the ruling Justice and Development Party (AKP) in the imminent parliamentary elections are considerable. Current polls suggest that the AKP will be unable to form a simple majority government after November 1, despite recent attempts to defame its political opponents. If that turns out to be true, the party will be forced to take up difficult coalition negotiations once again.

This time an alliance with the Kurdish-led People’s Democratic Party (HDP) will be an impossibility, as Erdoğan recently called the HDP “an extension of the terror group [PKK]”. Divisive rhetoric towards the left has also made a coalition with the country’s longstanding center-left party (CHP) much harder than before. Erdoğan’s only option might be the Nationalist Movement Party, which supported the government’s return to war with Kurdish forces this summer. Such an alliance would likely make Turkey a much more dangerous and unsettled place.

Many of the AKP’s current difficulties are of its own making. The government called off its ceasefire with Kurdish insurgents in July, leading to a rapid escalation of Turkey’s simmering ethnic conflict. The AKP belatedly joined an international coalition to fight the Islamic State group that same month, but immediately turned most of its military attention on Kurdish forces that it blamed for reigniting violence in Turkey.

Turkey’s floundering strategy in Syria has also backfired, leading to new refugee flows and putting the country on a collision course with Russia. All of this is against the backdrop of a determined government attack on media freedom and attempts to degrade independent political and civic institutions. Given Erdoğan’s increasingly personal dominance of the AKP, it is not surprising that dissention among traditional party supporters is increasing.

Since the government’s return to war with the PKK, anti-Kurdish provocations in Turkey have spiraled, making a post-election return to security and normal politics very difficult. For more than two years, Turkey and the Kurdish PKK insurgents had been cautiously entwined in a peace process designed to bring the longstanding rebellion to an end. Through this process Erdoğan had also hoped to secure Kurdish support for his broader political ambitions to enlarge the role of the presidency.

These hopes collapsed after Turkish inaction against atrocities towards neighboring Syrian Kurds led to domestic riots, followed by the surprisingly strong performance of the pro-Kurdish HDP in June’s parliamentary elections. The HDP’s electoral performance prevented the AKP from winning a parliamentary majority that could push the president’s constitutional agenda, and appeared to provoke the government to once again seek an impossible military solution to the Kurdish question.

Security has deteriorated further in recent months as a result of the evolution of the Syrian civil war. Two million Syrians have now taken refuge in Turkey, and there is the potential for more to come as Russia’s new air campaign targets areas close to the Turkish border. The AKP’s longstanding objectives in Syria, to support rebels seeking to overthrow the Bashar Al-Assad regime and to create a safe zone along the Turkish border, are now further away than ever following Russia’s September 30 intervention. The Syrian conflict is likely to lead to further instability across the Turkish border, whether through refugee flows, Kurdish activism, or militant Islamists, all of which will make the AKP’s job more difficult and may provoke punitive and unproductive responses.

On the domestic front, the last few months have seen further deterioration in media freedom, with increasing government pressure on independent institutions. This is largely the AKP’s doing, as many of Turkey’s finest journalists and editors have been arrested on dubious allegations of defaming the president, or broadcasting “terrorist propaganda” reflecting Kurdish political aspirations.

The Doğan media group came under physical attack twice by AKP supporters in September, and state prosecutions of independent media have significantly accelerated. Reporters Without Borders recently ranked Turkey in the bottom 20 percent of countries in the world for press freedom. A future AKP-led government would likely see additional attempts to undermine independent media and sources of opposition, leading to a deterioration in civil liberties, particularly for the Kurds and for Erdoğan’s perceived rivals, such as the once-favored Gülenists.

All of this has led to increasing dissatisfaction within internal AKP circles. Divisions within the party were on public display earlier this year, over a diverse set of issues including the AKP’s Kurdish policy, draft transparency legislation, and the independence of the central bank. Erdoğan has also fallen out with his co-founders in the party,former President Abdullah Gül and former Deputy Prime Minister Bülent Arinç, over concerns regarding democracy and the rule of law (in the case of Gül), and the Kurdish peace process. While it appears that the party is trying to maintain a show of unity in the face of an uncertain November electoral result, Erdoğan is increasingly retreating into an inner circle of supporters and has failed to bring the full party along with his controversial and self-serving political choices.

Despite these growing concerns, Erdoğan’s political charisma should not be written off. He continues to have wide support among a large and important portion of the Turkish public. His numerous supporters continue to see him as a strong leader reflecting many of their core values of nationalism, populism, and moral conservatism.

As his following has eroded both within his party and among the public, however, Erdoğan has sought to shore up support with increasingly intolerant rhetoric and actions that have created new enemies for the AKP, both real and imagined. In the process, Turkish politics has become increasingly illiberal, polarized, and violent. Regardless of the outcome of November’s election, the deepening fault lines created by the AKP’s pre-election choices will make their future governance of the country much more difficult.

Quinn Mecham is an assistant professor of political science at Brigham Young University. He has written for the Washington Post and is the author of numerous academic articles on Turkey and on political Islam. 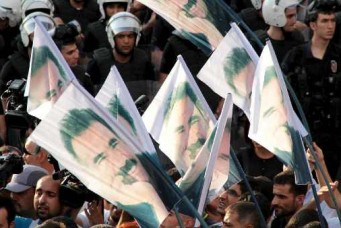