Few predicted the Arab awakening that swept through the Middle East and North Africa in 2011. It served as a reminder for Arab leaders that their constituents, especially the youth, were tired of the perpetual political status quo that had created and enabled the repressive regimes to stay in power for over three decades. The youth demanded their right to join the liberal world order and reap the benefits that would come with it: democratic institutions, better governance, a more open society, and economic growth. They were in search of meaning, for their identity as young Arab members of liberal societies.

The year 2016 has demonstrated that the West, the liberal order the Arab World sought to become a part of, was going through an identity crisis of its own. In many liberal democracies those who feel left out, pushed aside, or forgotten by their establishment politicians spoke out for change, against the maintenance of the status quo. Few analysts predicted that Britain would leave the European Union, that Donald Trump would become the next president of the United States, or took seriously the rising tide of rightwing populist politics gaining ground in Europe and beyond. The rise of populism in the post-2008 financial crisis era has demonstrated that liberal democratic systems were neither perfect nor immune to an awakening in the age of globalization.

There are many reasons for this. The appeal of populism in the West grew when economies became sclerotic and establishment politicians seemed to favor the status quo. Wages stagnated, jobs for decades had moved from the rural areas to the urban centers, and low-paying jobs offshored to India and China. At the same time, education and living costs increased while political leaders assured their constituents that things were getting better. The richest 1 percent were getting richer, which to many indicated that globalization was benefitting mostly the wealthiest sectors of society, the elites, who had the resources to benefit from offshoring and the seemingly borderless flow of capital from London to New York to Hong Kong. The political and corporate elites appeared above the law while heavily regulating the lives of others.

For many the frustration that ensued is exacerbated by the liberal and internationalist norms that come with globalization and are espoused by many elites and cosmopolitans: more openness, be it in terms of free trade or the promotion of multiculturalism and diversity.

Especially after the start of the Syrian civil war and the subsequent refugee crisis overwhelming the European Union, immigration has become an increasingly contentious issue. Immigrants, coming from the global south, were seen not only as catalytic, stealing the jobs of the working class, but more importantly as changing the social fabric in many Western countries. Even though globalization had increased the flow of capital, goods, information, ideas, and people, it had not undermined attachment to national identity or enhanced the level of tolerance in our societies. Globalization and cosmopolitanism have failed to offer the same sense of belonging that adherence to national identity can foster. In fact, for many, globalization had resulted in the degradation of their nations. Populist slogans that tout the need to “take back control” and “restore our country” appeal to those feeling alienated by globalization and cosmopolitan norms that impinge upon national sovereignty.

People began to lose their faith in international and regional institutions whose job was to facilitate the process of globalization and economic integration while maintaining and promoting the liberal international order. The forces opposing globalization saw their countries being bound by transnational rules and international laws that reduce policy options available to domestic policymakers, thus impinging upon their national sovereignty. Russian President Vladimir Putin has argued that this liberal world order was politically motivated and directed by the West. Many governmental authorities in the Middle East and beyond share this belief. Thus, the politics of Putin and Trump are seen by many as a positive force in the global arena, steering the focus from promoting liberalism to a more realist approach to domestic affairs and international diplomacy.

The current world order was established in 1945 after World War II. This order has resulted in the longest period of peace among states and spurred unprecedented economic growth, especially in the West. It has also brought Europe from the brink of destruction, lifted millions out of poverty throughout the world, and spread new freedoms to many countries. However, the liberal world order has failed to secure national and other in-group identities. The promise of secular democracy based on liberalism has not been able to offer citizens a strong enough sense of meaning and belonging. It is not only the Middle East where young people are losing faith in politics; in the West people are becoming tired of the technocrats in liberal democracies maintaining the status quo.

Let’s not, however, draw the wrong conclusions. Recent events do not prove that the aspirations of the Arab awakening or the principles of Western liberalism are wrong. But the turmoil and call for change did underline that both required wise leaders and inclusive governance.

Nabil Fahmy, a former foreign minister of Egypt, is the dean of the School of Global Affairs and Public Policy at the American University in Cairo. He served as Egypt’s ambassador to the United States from 1999–2008, and as envoy to Japan between 1997 and 1999. On Twitter: @mnabilfahmy.

Ennahda and the Challenge of Power 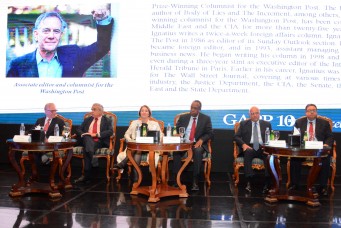 The World To Be 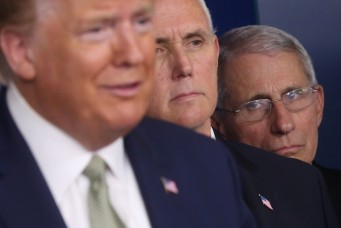 The U.S. Pandemic Response: The Challenge of Competing Narratives 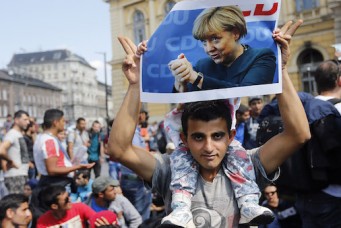