The origin story of the Global Fund for Women resonates with many. Forty years ago Anne Firth Murray, a pioneer in grantmaking and women’s rights, asked her boss why she was earning 20 percent less than her male colleagues and was told that she was “making a good salary for a woman”.

Murray realized that she wasn’t the only one that the foundation world was leaving behind. Her workplace was resistant to funding international women’s initiatives, and before Murray founded the Global Fund for Women in 1987, the Ford Foundation’s support of the Ms. Foundation was one of few partnerships that addressed women’s issues globally.

Murray herself, as part of the network “PeaceWomen Across the Globe,” was nominated for a Nobel Peace Prize in 2005, and now teaches two courses—“Love as a Force for Social Justice” and “International Women’s Health and Human Rights”—for Stanford University.

In a webinar titled “Women’s Human Rights” hosted by the American University in Cairo’s Gerhart Center for Philanthropy, Civic Engagement and Responsible Business on March 3, Murray explained the multitude of inequities that women face throughout their lives. She also outlined how the world has responded and offered suggestions for the future.

When Murray began the Global Fund for Women, she had to answer one question: why women?

“Across the life span, there is this sort of sad discrimination against women, beginning even in childbirth,” she said. Indeed, norms valuing sons over daughters are responsible for rampant gender-based sex selection, wherein fetuses are terminated upon the determination of their gender as female.

As the United Nations Population Fund notes, gender-based sex selection creates a quantitative imbalance between men and women in a society, which statistically sets women and girls up for harm throughout the rest of their lives. One of the first is postnatal sex selection: female children face disproportionate, fatal neglect simply because they were born female.

As girls grow up, they encounter disproportionate trafficking. Around the world, 18 percent of human trafficking comes in the form of forced labor; 79 percent entails sexual exploitation, which overwhelmingly affects women and girls.

Parallel to trafficking runs child marriage, which occurs at least 33,000 times every day, and early childbirth. Failures in reproductive health systems, like the prevalence of unsafe illegal abortions, are especially salient to young, poor or exploited women. In fact, young women between the ages of 15 and 24 are the fastest-growing demographic in HIV/AIDS contraction.

Violence lies at the heart of all of these forces. When we think of violence against women, we commonly think of domestic violence, trafficking, and sexual assault. There is good reason for that: one in three women worldwide have experienced physical or sexual violence at some point in their lives. However, violence against women is more than just physical acts. Murray characterized violence as, simply, “the strategy of people to maintain their place in the hierarchy or move up in the hierarchy.” Thus, violence is an entrenched component of economic, social, and health inequalities.

Take education, for example. When girls are married young, their schooling is often terminated. Not only is a woman’s time then likely absorbed by rearing children, but potential job prospects are limited. Murray draws a parallel to the way a country stalls during war: “When you have violence in the house, nothing else can happen.”

In times of crisis, social and physical violence against women becomes increasingly prevalent. Since the beginning of the COVID-19 pandemic, violence against women has skyrocketed as isolation has brought women into greater proximity with their abusers, who are often their partners. War has the same effect, as traditional linkages to the community collapse. Murray points out that this is partially because, in times of economic distress like we see now, women are often the first to lose their jobs.

The Work Being Done

In the grand scheme of history, international work toward women’s human rights has been relatively new. It was only four decades ago that Murray’s boss defended paying her a reduced wage, for example. Moreover, Murray points out the extent to which violence is normalized in the public consciousness: “Nations use violence, we go to war,” she said. With gendered norms of inequality and violence so deeply entrenched, barriers to progress may seem insurmountable.

Yet, in the thirty-four years since its inception, the Global Fund for Women has already done tremendous work. In 2020 alone, the Fund awarded over $9 million to partner organizations in seventy-nine countries. Murray marks 1995, the year of the Fourth World Conference on Women, as a turning point. That year—exactly a decade after the close of the UN Decade for Women—saw a tremendous increase in data surrounding global women’s rights, as governments prepared to send their representatives to Beijing.

“That was the first time in a long time that really very good research was done,” Murray remembers. Still, many of today’s relevant works on women’s human rights come from this time period. After the Beijing Conference, women became a permanent fixture of global discourse as universities worldwide began to offer programs in international women’s studies.

Murray recalls the influx of letters that the Global Fund for Women received between its inception and the 1995 conference. The Fund gave numerous women’s groups the financial support necessary to attend the NGO Forum held in parallel to the governmental conference the same year. In her description of the era, Murray imparts two lessons: that the movement is global, and that the younger generation is key. She describes asking each organization to select two members to attend the conference—one of which had to be a younger member—and partnering with a nearby language institute to ensure communications could be conducted in any language.

Murray points to an increasing sophistication of women’s groups and greater visibility of young women within them as a good sign. Additionally, we see women in global leadership roles. Twenty-one countries currently have female heads of state. Though this number nowhere near matches the number of seats occupied by men, it is a tangible departure from modern history.

Still, there is still work to do. In discussion, participants suggested that international instruments for women’s human rights often fail to holistically improve the situations of marginalized women. Murray points out the necessity of education and communications infrastructure in facilitating change. Here, the necessity of community is emphasized.

The word “community” has been a mainstay of Murray’s discussion of women’s rights: it is one of a woman’s core losses when her rights are neglected, and an essential component of moving forward. When asked what a path to change could look like, Murray laughs: “We all become much nicer people,” she surmises.

This transformation entails a serious conversation about masculinity. Of late, there has been a rise in conversations questioning gender norms, and what “masculinity” means. The task at hand now is to apply that conversation to violence against women. No Means No Worldwide, which works on global assault prevention, has an education curriculum specifically geared toward men and boys. The goal of such programs, Murray says, is to teach men that “women being equal is not a threat.”

Inspired by Gandhi’s characterization of love as the antithesis of violence, she speaks of the role that love can play in deconstructing gender hierarchies by facilitating empathy. This is likely why the Global Fund for Women partners with so many organizations like No Means No Worldwide, which focus on peer learning. Other initiatives, like the Roots Lab, empower women through emphasis on working in small groups and networking in the broader sphere.

Programs like these recognize that isolation—from jobs, media, and support systems—lies at the core of much of the inequity experienced by women. This is where the concept of community comes in. Communication is the active expression of community. Many of the Global Fund for Women’s grantee partners work with other grassroots organizations, and funding for media and tech justice has become a burgeoning interest. 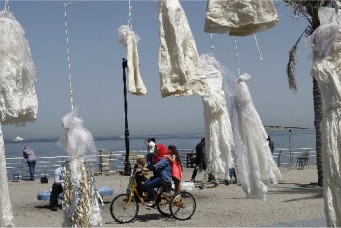 The Long Struggle for Women’s Rights 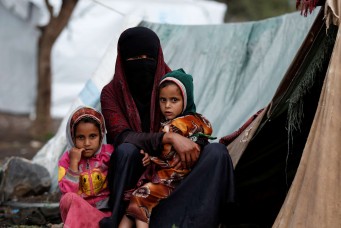