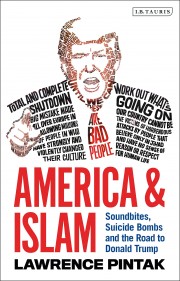 On the occasion of Muslim Women’s Day in 2018, New York justice activist Faiza Ali tweeted: “Q: What’s the status of Muslim women? A: Fierce.” Her tweet suggests that American Muslim women need to be fierce to confront the misguided assumptions about Islam spread not only by the anti-Muslim right in the United States, but also by the Donald Trump administration and many liberals. Her tweet is featured in Lawrence Pintak’s latest book, America & Islam: Soundbites, Suicide Bombs and the Road to Donald Trump, which delivers an informed and timely account of the intensity and fraught relationship between American politics and policy, and Islam and Muslims over the past several decades. By giving voice to a diverse number of Muslims both inside and outside America, the author directly challenges the current xenophobic narrative and explains why it has created problems for the United States overseas.

Pintak draws our attention to the antecedents and price of widespread ignorance and misunderstanding of Islam and Muslims in part one of his book. He examines how politicians paint a picture of a “Muslim bogeyman,” spurred on by right-wing talk radio and television networks like Fox, as well as many of the counter-Fox networks, who fall into the trap of spreading disinformation for the sake of ratings.

It thus joins a list of important texts on the history and politics of Islam and Muslims in the United States and the world, including Nadia Marzouki’s Islam: An American Religion, Darryl Li’s The Universal Enemy: Jihad, Empire, and the Challenge of Solidarity, and Kambiz GhaneaBassiri’s A History of Islam in America: From the New World to the New World Order, among others.

Pintak also highlights in detail the tolls paid by those targeted in the War on Terror— how they suffer harassment, violence, trolling, racism, Islamophobia, and suspicion. In chapter one of part one, titled Media Codependence, Pintak reviews the history of comments made by then-presidential candidate (and even earlier) Donald Trump about Muslims. By saying “there’s something going on,” or “we don’t know what’s happening,” when referring to Muslim immigration to the United States or the threat of ISIS overseas, Trump cast a wide net of suspicion over all American Muslims and Arab–Americans.

“It was a strategy of innuendo to which it was difficult to respond, casting suspicion without an overt accusation. It left its targets off balance and his political rivals scrambling to show they were even more concerned,” Pintak writes.

Yet, it is his recounting of stories accumulated during an illustrious career as an American foreign correspondent covering the Middle East and South Asia that make for the best moments in the book. One intriguing account is in a chapter aptly titled “The Myth of the Muslim Monolith”, which covers what came to be known as the “Hanafi siege” in 1977, when a group later identified as part of a splinter group of the Nation of Islam took over the headquarters of a Jewish service organization, a mosque, and a government building in Washington, D.C. This was Pintak’s first time covering a story involving Islam and it led him to conclude that, “The siege had more to do with black nationalist politics than religion, but it gave me an early glimpse of a reality that would be woven into my reporting for the next four decades: no one person, group, or sect speaks for Islam.” Challenging reporters and scholars who start sentences with statements such as “Islam is…” or “Muslims are…” is a much-needed antidote in today’s toxic American political and religious climate where generalizations abound.

When it comes to documenting the failings of current American foreign policy, Pintak presents damning evidence of the extent to which the strengthening of dubious U.S. alliances with the Saudis, Israelis, and like-minded allies, combined with the generalized chaos and dysfunction of the U.S. political system, is redounding to the long-term benefit of China, Iran, Russia, and Turkey.

In the case of the former, the chairman of the Karachi Stock Exchange Munir Kamal tells Pintak that China is more important to Pakistan than the United States in the long run due to China’s growing global economic and political power. Pintak also documents Turkey’s rising power, explaining how Saudi efforts to isolate Qatar inadvertently empowered the Turks, whose threatened intervention and troop deployment in Qatar, according to Qatari officials, forestalled a Saudi invasion in 2017. Russia and Iran have also benefitted from recent events at the expense of the United States, exploiting the situation in Syria and effectively winning the war there. Documenting these geopolitical shifts and the plummeting prestige of the United States in the region is among the book’s most important contributions.

Other compelling passages in the book include Pintak’s discussion of Pakistan and his description of Muslim inmates in American prisons. Pintak relates a story a fellow journalist was assigned to cover on how devout Muslims in the Pakistani military refused to battle militants fighting in the name of Islam, telling their lieutenant colonel: “This is not a just war. We cannot fight them.”

This is a story rarely heard by Americans who are regaled with accounts of a close alliance between the United States and the Pakistani military in the fight against Islamic extremism. Pintak reveals the dilemmas faced by Pakistani soldiers who are being asked to kill fellow Pakistani Muslims in the name of the state and its allies abroad. Stories like this could help Americans understand why the so-called War on Terror is impossible to “win”.

Turning to American prisons, the scene is equally complex and just as tragic. Pintak introduces us to Jihad Saafir, a young African–American imam in south Los Angeles who runs a social welfare organization and prison ministry. Saafir discusses the important notion of a form of Islam that both shapes and is deeply influenced by local context: “There’s not one Islam. The thing that they imported is the thing that they imported, but it always changes forms.” This encounter allows Pintak to discuss the reasons for the high rates of conversion to Islam among African–Americans and Hispanics, as well as the fact that many of those conversions take place in prison. It also allows him to push beyond tired American stereotypes about prison conversions to Islam, involving the notion that such conversions either provide meaning and direction to lost souls or serve to radicalize unsuspecting and vulnerable individuals.

Pintak includes intense depictions of the trying contexts in which various forms of Muslim community take shape in prisons. For example, he evocatively describes his visit to a county jail with a volunteer prison imam in the Seattle area named Yahya Malik, where he finds out why inmates convert to Islam.

An inmate in his late thirties wearing a skullcap, who had spent much of his life in prison, told him: “‘Islam gave me a path beyond all this,’ gesturing to the locked door and bulletproof guard station across the hall.” When it was time to pray, “about half the men gathered on the mats. The others, who were not Muslim, had just come to listen.”

When Pintak later asked another inmate why he was there, he smiled and said it was better than sitting in his cell. The prisoners were well informed; one had read about Islam in Indonesia and asked Pintak to discuss the impact of the growing Islamist movement on Indonesian politics. Another, who suffered from flashbacks, had converted after returning from a tour of duty in Iraq. After his conversion, the man explained, he had visited Saudi Arabia for several years, during which time he undertook a three-month walking pilgrimage between Medina and Mecca.

It is interesting to juxtapose these encounters with Muslim American prisoners with Pintak’s description of President Trump, Saudi Arabia’s King Salman, and Egyptian President Abdel-Fattah El-Sisi gathered around a glowing orb in Riyadh in May 2017 to celebrate the launch of a new “Global Center for Combating Extremist Ideology,” intended to “expose, combat and refute extremist ideology”.

Given Pintak’s skeptical stance vis-à-vis this summit and his attentiveness to the complexities of U.S. relations with Islam and Muslims, it is somewhat surprising to come across references to “violent Muslim extremists” and “fundamentalist Deobandis,” which is the same type of totalizing language that he criticizes at other points in the book. His reference to the “evolution of the [Muslim] religion” is also off-key given that Pintak learned early in his career that, as mentioned above, “no one person, group or sect speaks for Islam.” It would appear that there is no single “Muslim religion” to “evolve”.

Equally surprising is his commitment to the salvific potential of American law. “Efforts to turn the politics of fear into the law of the land,” Pintak writes, “had been consistently confronted by the power of decency and common sense.” Given the U.S. Supreme Court’s 2018 decision to uphold the “Muslim ban,” it would appear rather that the politics of fear is often written into the law of the land.

This is, however, an important and timely book. Though U.S. domestic politics and foreign policy tend to be artificially segregated in political science classrooms and in presidential debates, Pintak shows that they are part of the same story. America & Islam challenges reporters, policymakers, and scholars alike to pose new questions about these intriguing connections. 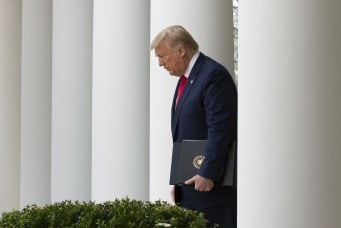 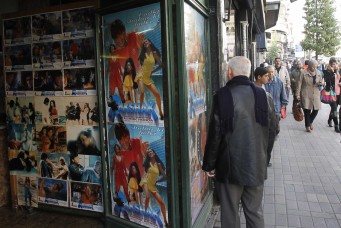