While the world has been preoccupied with the “Islamic State” (ISIS) and its global terrorism threat that emanated from the conflicts in Iraq and Syria, seventeen countries that met in Vienna last weekend agreed on a stunningly ambitious and impressive timetable to wind down the conflict and move Syria towards a political transition within the coming eighteen months. The plan was agreed by all the critical external players, notably the United States, Russia, Iran, Turkey, and Saudi Arabia, all of whom now spend more time funding and fanning the wars within Syria than they do resolving it. I hope dearly that this plan is actually implemented. The odds for that occurring are not high, but neither are they zero.

The single most important step in the plan—the fate of President Bashar Al-Assad and his ruling clique—is not spelled out. This means that all the work and the agreements reached could amount to nothing, if Assad and his clan refuse to play the transition game. I doubt that will occur. I am among those who believe that if the external powers that fund and ideologically drive the various conflicts in Syria agree on moves to wind down the war in favor of a peaceful political transition, the parties on the ground would have trouble continuing with the fighting.

The majority of Syrians clearly wishes to see an end to the chaos. If the various factions of the Syrian people and all their external backers agree on a political resolution, I do not see how those who fight on the ground can go on with their battles. The big question that would arise in the wake of a cease-fire that starts to implement the transition process would be whether the external powers merely shift their discord and battles from the military to the political realm.

Can the most critical parties of Iran, Saudi Arabia, Russia, and the United States agree on whether Assad can run for president in an election in early 2017? Would they fudge the issue by agreeing on a cousin or closely allied Allawite general running for president as a proxy for Assad? Can the dozens of important armed opposition groups agree on a single candidate? How will the hundreds of local coordination committees and de facto local governments in Syria be represented in a national transition agreement?

All such crucial questions would be addressed in the talks between the government and the opposition that should start in January. Yet even if all these questions are resolved, there remains the looming challenge of ISIS and the lands it controls. It would be a fantasy exercise to proceed with the transition plan while ISIS remains in northeastern Syria; so I assume that all the players in the region and abroad will now coordinate closely to militarily destroy ISIS and return its lands to Syria and Iraq.

Who assumes control of the Raqqa and northeast Syrian lands that ISIS now controls after they are liberated? This will be another major bone of contention between the various rebel factions and the government. Perhaps external powers will create a safe haven there for refugees to return. None of this is clear, because none of the most important basic issues on ending the conflict are actually agreed on yet.

The transition principles and actions agreed on in Vienna are like the script for a marvelous play that has neither actors nor a stage to perform it on. Every one of the external parties assumes that each step in the process will favor its allies and proxies in Syria. So Iran and Russia assume that Assad will be part of the transition, while the United States, Saudi Arabia and others expect he would be excluded. Such divergent positions and unspecified important details riddle the entire agreement, which weakens its chances of success but does not detract from its importance.

It is an important agreement because it signals one thing and one thing only: that the fighting in Syria is no longer to anyone’s advantage and must be brought to an end soon. All the external parties are suffering political and financial costs from continuing their support for the fighting parties inside Syria, and all also feel the negative impact of ISIS, refugee flows, and spillover radicalization effects in other countries, like Egypt and Yemen, for instance.

I suspect that important compromise agreements will be attempted in the coming months that answer the central questions about the role of the Assad clique in the transition, coordination among the many rebel groups, and the battle to destroy ISIS. The Vienna agreements have not resolved the Syria war, but have created a serious forum and an agenda to move ahead to do that. The easy part has been achieved, and the really tough bargaining is now to follow. 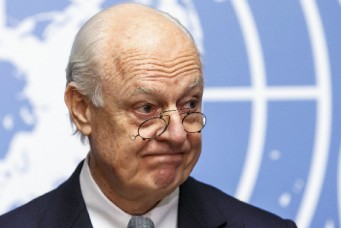 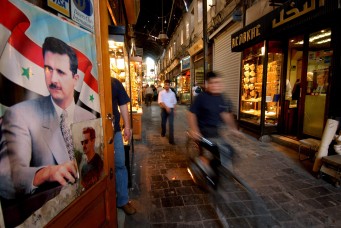