In a year which began and ended with deadly Islamist attacks in France, the January 7, 2015 Charlie Hebdo shootings marked a symbolic turning point in the country. Who knows how differently this anniversary would have been perceived without the November 13 attacks looming so prominently in the public consciousness? But while the January and November attacks were very different in terms of scope, organization, and intent, they solidified an atmosphere of fear in France that has had a dramatic impact on French policy, both abroad and at home. One year on, it appears that France’s motto of “Liberté, Egalité, Fraternité” is progressively being replaced in practice by “Sécurité, Conformité, Laïcité.”

The January 7 attack brought about the famous slogan “Je suis Charlie” as a symbol ostensibly meant to show solidarity with the French satirical magazine and support for freedom of expression. But the pro-Charlie movement often ended up stifling voices that didn’t fall into the uncritical current exemplified by the mass January 11 demonstration, which was attended by many heads of state well known for violating human rights in their own countries.

The number of people being suspected of or tried for “defending terrorism,” many of them relatively young, spiked in the wake of the Charlie attacks. This included the symbolic case of a 16-year-old in Nantes who was held in police custody in January 2015 for sharing a drawing on Facebook whose caption read “Charlie Hebdo is shit, it doesn’t stop bullets”—a drawing which was in fact an adaptation of an old Charlie Hebdo cover on the Rabaa massacre in Egypt with a similar caption: “The Quran is shit, it doesn’t stop bullets.” Many others who condemned the attack on Charlie Hebdo, but nevertheless expressed reservations about the magazine’s work or the consequences of securitarian policies on public freedoms, were criticized for lacking solidarity or somehow justifying the Kouachi brothers’ actions. A national discussion on the meaning and implications of freedom of speech lost out to a painfully simplistic politics, guided by grief and anger.

It is bitterly ironic that, one year after the attacks that stirred up calls to support free speech and laïcité, these very values find themselves betrayed by their own purported supporters. The current public discourse on secularism in France has lost all pretense of basing itself off of the original meaning of laïcité—the need for the state to be religiously unaffiliated—and has instead devolved into pressure for individual citizens themselves (especially non-Christians) to not show visible signs of religious affiliation.

This perversion of the original intent of laïcité has been years, if not decades, in the making, but the Charlie attacks have precipitated an already insidious shift regarding religious freedoms in France. Such a hardened stance can only bring about more painful divisions in French society, exemplified by the hostile treatment received by Latifa Ibn Ziaten, the mother of a soldier killed in a shooting spree in 2012 in southern France by a self-styled Muslim terrorist, when she spoke out in favor of secularism and coexistence while wearing a veil during a conference at the National Assembly on December 8. This kind of antagonism has only become more frequent after the Charlie attacks, and raises worrying questions over the growing intolerance for diversity in opinions and lifestyle in France today.

The government’s drastic reactions in the wake of the November 13 attacks are in part the culmination of a political strategy devised after Charlie. The ongoing securitarianism and hawkishness of France’s so-called Socialist government is strikingly shortsighted and ill-advised, catering to the far right’s incendiary rhetoric. With both Les Républicains and the Parti Socialiste borrowing more and more talking points and policies from the National Front (FN) in the past several years while simultaneously reviling the party, it comes as little surprise that more French citizens are now casting their votes for the real deal instead of the hypocrisy of the two mainstream parties. But it remains a mystery why the government, which was calling for a barrage against the FN during the regional elections just a few weeks ago, would now try to implement constitutional changes regarding the state of emergency and the revocation of citizenship—endangering the very notion of freedom and equality among citizens—which could have even more dire consequences should FN leader Marine Le Pen or her ilk ever reach the highest spheres of power.

In the ongoing debate over revoking the French citizenship of binational terrorists, Prime Minister Manuel Valls made a chilling comment while brushing aside the outcry from critics. “Part of the left is straying in the name of grand values and forgetting the context, our state of war, and the president’s speech in front of the Congrès,” Valls told Le Journal du Dimanche in late December.

France has endured some of the most distressing moments of its recent history in 2015. But if, one year after Charlie, grand values—like those of the national motto—are no longer deemed crucial or even relevant to the government in the name of fighting terrorism, then terrorism, for all intents and purposes, has already won in France.

Chloé Benoist is a journalist based in the West Bank. From 2012 to 2015, she was a reporter and senior news desk editor at the Beirut newspaper Al-Akhbar English. On Twitter: @chloejbenoist. 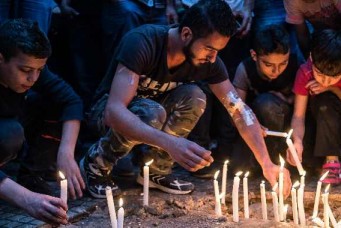 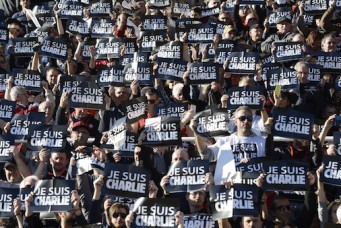 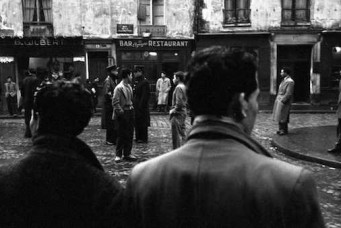 The Paradox of Arab France