In early July, Apache helicopters roamed low above Cairo, an expression of force following the military’s overthrow of President Mohammed Morsi. Early this month, sixteen F16s flew in formation over the city, practicing for the commemoration of the October 1973 war. Since Morsi’s ouster, U.S. military hardware has been a stark feature of Cairo’s skyline. But American policy—the reason for that military aid to Egypt—remains ambiguous.


This week Washington announced a downgrading of aid to Cairo, which flows annually to the tune of $1.3 billion. The U.S. will withhold $260 million in cash funding and halt deliveries of military hardware, as part of a “recalibration” overseen by President Barack Obama. Despite the cuts, most security cooperation persists. In a conference call with journalists on October 9, a senior U.S. official speaking on condition of anonymity said that Washington would “continue assistance that advances our vital security objectives like countering terrorism, countering proliferation, and ensuring security in the Sinai. We will also continue support like military training and education, and will continue spare parts, replacement parts, and related services for the military equipment that we provide.” The freezing of aid was merely a symbolic gesture, and another example that the Obama administration’s Egypt policy is missing in action.

Washington has been unsure of how to address a post-Mubarak Egypt from the get-go. In January 2011, the Obama administration was slow in acknowledging the popular uprising underway in Tahrir Square. In January 2012, Obama’s deputy national security advisor Ben Rhodes told me, “We’re supporting the government as they take steps to implement the transition, and we want to see them follow that road map.” What’s amazing is that nearly two years later, statements from official quarters are equally bereft of substance. Moreover, the U.S. has gone through pains to avoid discussing whether Morsi’s ejection can be called a coup—a word with legal implications for Washington, as U.S. law forbids aid to countries whose elected governments are ousted by the military. My favorite example of such rhetorical acrobatics came from an unnamed U.S. official speaking to the New York Times in July: “We will not say it was a coup, we will not say it was not a coup, we will just not say.” Orwell would scoff at Washington’s reliance on the most “ugly and inaccurate” aspects of the English language. It’s no substitute for strategy.

The aid programs that will continue are perhaps more significant than the cash financing that is being slashed. Egyptian officials enjoy studying at U.S. war colleges; not only does it foster relationships between the U.S. and Egyptian militaries but it is also a generous freebie, the equivalent of junkets for journalists or sabbaticals for academics. “[O]ur military training education… [is] really a symbol of our long-term relationship with Egypt,” said an administration official on Wednesday’sconference call. By giving opportunities for Egyptian military personnel to study alongside American counterparts, Washington rewards Cairo’s intransigence as it deepens ties between the two militaries. That runs in stark contrast to what another unnamed senior official said on the same conference call—that the downgrade sends “a pretty clear message that we care about the things that we say we care about.” Could the message be any less clear?

Instead, Washington has avoided explicitly criticizing the Egyptian junta and its misuse of U.S. military hardware. The military has violently cleared peaceful protests, cracked down on Islamist groups, and launched destructive military operations, notably in the Sinai. But administration officials offered watered down answers to the press corps with regard to the aforementioned events. On the October 9 conference call, one official said, “…frankly, there are also developments that point in the different direction, like the extension of the emergency law and some press restrictions and the Morsi trial… and a lot of opposition leaders in prison without charge.” But none of these issues appears to have been discussed in Secretary of Defense Chuck Hagel’s phone call with General Abdel Fattah El-Sisi, the twentieth such call between the two since July.

The influential Washington think tank community focuses on the question of U.S. leverage over Egyptian domestic policy as the cause—and drawback—of cutting aid. News agencies generously quote these talking heads, mostly former officials themselves. Beltway analysts draw the same conclusion: U.S. aid has not bought leverage over Egypt. Their argument is that cutting aid is futile and actually detracts from U.S. interests. It’s quite a tautology. Since American assistance doesn’t buy leverage, Washington should keep the aid flowing. If we agree that American assistance doesn’t do much, then why continue it? The basis of this gargantuan military aid package is the 1979 peace accord between Egypt and Israel; that should be the topic under discussion rather than the idea of “leverage” in the abstract.

By making grand caveats along with their grand pronouncements, U.S. officials have failed to deal with a more destructive problem at hand. In Egypt, the American brand has lost its cache. More often than not, Cairenes ask me why Obama supports “terrorists,” derogatory shorthand used to describe the Muslim Brotherhood. Vitriol against Washington, and former Ambassador Anne Patterson in particular, has reached an all-time high. The attacks are personal. In signage and cartoons, Obama and Patterson have been cast as Osama Bin Laden.

Furthermore, Washington has done itself a disservice by evacuating non-essential embassy staff on July 5, warning against travel, and cancelling the Fulbright fellowship program (full disclosure: I was one of the Fulbrighters affected). These precautions are understandable on a security level, but they’re a blow to public diplomacy.

Contradictory diplomatic and military messages suggest how enfeebled the U.S. has become in dealing with one of its closest allies in the Middle East. If Washington is going to cut aid, it must carry out the policy change a bang, not a whimper. It could start by expressing disgust at the military’s flooding of urban centers with tanks and APCs and excessive overflights (with one of the highest F16 crash rates in the world, it’s absurd that fighter jets are flying over Cairo almost daily). But cutting aid while maintaining a high level of training and cooperation is worse than just maintaining the status quo: it’s an acknowledgement of Washington’s powerlessness in Cairo. The scariest part is that the Obama administration has shown no indication of a positive, prescriptive strategy for Egypt’s “transition.” In fact, Washington does not even know what it expects from Cairo.

Jonathan Guyer is a senior editor of the Cairo Review of Global Affairs. 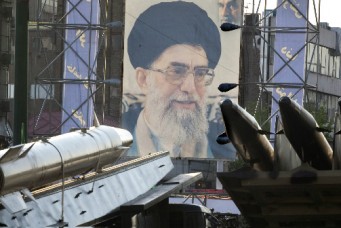