There is near consensus that because Egypt has enormous cultural influence on the Arab world, the direction the country takes after the 2011 revolution will be an indication of the direction of Arab politics in general. To understand the dynamics shaping Egyptian socio-politics, observers need to reflect on five dichotomies that mould Egyptian psyche.

Egyptians are acutely aware of their rich history and their country’s domination of the Middle East over many centuries, under different faiths, empires and dynasties. Egyptian history instils in most Egyptians a sense of superiority over their regional neighbors. Over the past 35 years, Egypt’s distorted capitalist experiment and the consequences of the rule of two corrupt, unimaginative administrations (the later part of Sadat and all of Mubarak) exacted their cost on the country’s living standards, economic situation, educational system, and even social codes (attitudes, refinement, and finesse). At the same time, the Arabic societies in the Gulf, and to a lesser degree in the Levant, significantly improved their rankings in these areas. The result was a relative deterioration in the power of “brand Egypt.” The Egyptian who was seen in the Gulf or North Africa in the 1950s and 1960s as a teacher or able administrator became, in the majority of cases, a lower level employee or laborer. The cultural and artistic center of gravity in the Arab world shifted away from Cairo and Alexandria, initially to Beirut, and later to competing centers in the Gulf. The sharp contrast between Egypt’s glamorous history and its present, especially in comparison with the rest of the Arab world that it supposedly leads, troubles the Egyptian psyche. This dilemma is especially felt by young Egyptians who find it very challenging to reconcile their glorious heritage with their cheerless present.

There is another dichotomy between, on one side, what Egyptians perceive as the prerogative of their leadership role in the Arab world, and on the other, their actual means. In a society in which more than 35 million people earn less than $1.50 per day, and an economy with many structural challenges that suffers critical low productivity across a number of industrial and service sectors, very limited resources could be deployed in international relations. Whilst Saudi Arabia was able to deploy its petrodollars to buy influence across many parts of the region (and beyond), and in many cases, steer the internal politics of certain Arab countries, and while Qatar was able to use its gas fortunes to attempt to manouver in the intricate complexities of Lebanese and Sudanese (and increasingly Libyan) politics, Egypt’s approaches in most regional problems in the past three decades were confined to rhetoric and tactics with limited impact.

The society’s identity dilemma further complicates the situation. Since the heyday of Egypt’s liberal experiment in the first half of the twentieth century, Egyptian society was torn, on one hand, between a unique Egyptian identity, drawing on the country’s splendid history, and looking north across the Mediterranean toward Europe, aspiring to import the foundations of “a Paris on the Nile,” and on the other, the Arab nationalists who placed Egypt’s identity and fate in the heart of the Arab world. Egyptian society repeatedly tried to skirt this identity problem. Some creative thinkers framed the different societal orientations as cultural richness. Indeed, in certain artistic and cultural circles, the exposure and links to different civilisations yielded fascinating waves of creativity. The works of Taha Hussein, Tawfik Al-Hakim, and Abbas Mahmoud Al-Akkad (three of the thinking giants of Egypt’s liberal experiment) show the intellectual inventiveness that a rich and multi-dimensional cultural milieu­­–in this case Egypt’s Islamic, Arabic, and Mediterranean heritages–can give rise to. But such peaceful, smooth, and enriching coexistence between cultures did not take place amongst the lower middle class and poor segments of Egyptian society. The heritage of Egypt’s liberal experiment continues to inhabit the rhetoric of the country’s intelligentsia; Arab nationalism remains a potent notion in Egyptian middle classes’ thinking about foreign policy and Egypt’s role in the Arab region; and Islamism (or sectarianism) gradually came to dominate the social code and the frame of reference of a very significant percentage of Egyptians. But the society remains unable to bring these different world views together in a social discourse that the vast majority of Egyptians would embrace.

Throughout the entire twentieth century, Egypt’s elite repeatedly emphasized Egypt’s liberalism, rich cultural heritage, tolerance, and cosmopolitanism­–a discourse that was unremittingly negated by the social realities of the lives of the country’s lower middle classes and poor, by far the society’s largest demographic blocs. Throughout the 1990s and 2000s, Egypt’s liberals invoked the country’s leadership in the Arab world’s cultural and socio-political landscape, at a time when Egyptian civil society, literature, and theater underwent a low period. The society’s socio-economic descent in the last 35 years exacerbated this divergence between rhetoric and reality. As a result, a gap opened between the country’s elite and the bulk of society. Increasingly, some privileged classes came to see themselves as detached from–or above–the rest of the population. This social divide was manifested in literary and cultural productions, in political discourse, as well as in the emergence of (and dramatic growth in) Cairo’s and Alexandria’s gated communities and rich, isolated suburbs–a neatly constructed world away from these old cities’ bustling lives.

The rising sectarianism–Islamism versus Christianism–added to the discrepancy between how the society wanted to view itself and the real picture. A very different historical experience for Egyptian Muslims and Christians (since Islam became the religion of the majority of Egyptians in the eleventh century), and a number of cultural and socio-economic factors from the 1950s onwards, led to a gradual but consistent dilution of Egyptianism. For tens of millions of Egyptians, especially the young, the overarching societal frame of reference was increasingly muddled between religious identities, rising religious establishments, and a decaying notion–and confused  understanding–of what Egypt means. This problem is usually set aside while invoking “national unity,” or diluted to a focus on “sectarian violence.” However, the different historical experiences of Egyptian Muslims and Christians, especially over the past half century, remain an aching dichotomy between an idealized view of the society and reality–a social problem that few seem willing to address.

The decline of the country’s political system to shocking levels of oppression, suppression, and coercion over the past two decades, and the excruciating economic conditions that rendered Egypt an increasingly difficult place to inhabit, aggravated the pressures that these dichotomies gave rise to. Most observers saw Egypt’s 2011 revolution as an uprising against an oppressive regime. True, but at a deeper level, it was young Egyptians’ rejection of the entire structure that, for decades, had fueled these dichotomies.

There is a historic opportunity for Egypt’s new generation to use the momentum unleashed by the revolution to find innovative answers to the dilemmas these dichotomies created. Slowly, Egypt’s youth should confront their social dilemmas and courageously put forward new narratives that are to be debated, discussed, and altered in an open setting–free not only from political oppression, but crucially from social and intellectual repression. New, creative ideas–and solutions–would certainly materialize. The resulting positive dynamism would set off a new wave of regeneration that will spread across the region. In such circumstances, Egypt would again lead a new progressive stage in this region’s history. A genuine “Arab Spring” could materialize. But the momentum could instead disintegrate under the weight of the many contradictions that Egyptian society lived through over the past decades. These dichotomies could paralyze the Egyptian mind. If that happens, Egypt would remain hostage to its demons, and a gloomy “Arab Winter” would ensue.

Tarek Osman is the author of Egypt on the Brink: From Nasser to Mubarak, published by Yale University Press in 2010. 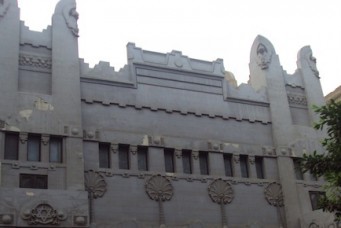 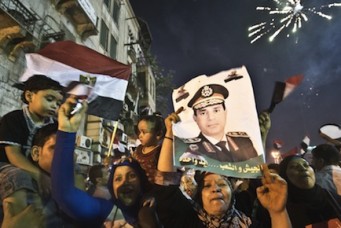