Will Egypt’s political scene remain as violent and hollow as it is now—violence on a popular level that portends fighting, the extent of which no one can predict, and hollowness on an elites level that portends the exclusion and discarding of some of the wise, who might otherwise be able to extract the nation from its crisis?

There are two factions attempting to impose a solution on the crisis: one that prefers the Muslim Brotherhood’s survival over the survival of Egypt; another that prefers the vanquishing of the Brotherhood, even if that leads to Egypt’s destruction. Both factions participated, during the month of Ramadan, in political and ethical vice; both ‘fasted’ from prioritizing the interests of a nation. Instead, they moaned from injury. Egyptian elites had all imagined that they were pious enough to be compelled to reconsider the mistakes of their governance and refrain from shocking practices. Elites had also imagined that they were highly committed to the principles of liberalism, be they tolerance of the other, equality of citizens, and the realization of a nation of law—only to abandon these principles at the first juncture. Two fig leaves have fallen, those of religion and liberalism.

At the same time, some of the leadership in political Islam resorted to investing in party discipline. Such Islamists perpetuated a “receive-and-obey” approach, pushing youth to commit acts characterized by a great deal of violence, and exposing them to undue risk out of a martyr-based rhetoric that confusedjihad, or striving against the enemy, with the divergence of opinion among compatriots. The opposing faction’s elites, on the other hand, worked to consolidate hatred between supporters of the two, driving a wedge between the factions, and generalizing blame for the mistakes of the leadership. The cost is that a reconciliation process is even more difficult.

The Brotherhood has no doubt failed miserably in the administration of the state. The Brothers engaged in exclusionary practices, undertook unnecessary battles with numerous strata of Egyptian society, and, for the first time in their history entered into a confrontation with the people—or at least the majority of people—as opposed to being limited strictly to the ruler. Still, there remains a pressing question: Hasn’t the result of this practical experiment been enough? Enough for the Brotherhood, whose irresponsible actions on the Egyptian street increased the hostility directed at them? And enough for the other faction, who, unless motivated by the desire for revenge, had no need to direct more blows to a group that had already proved itself incapable of administering the state?

A number of exceptional personalities have accepted a leadership positions at a time when public offices are a liability.  The practice of intellectual terrorism and blackmail directed at these personalities, simply because they suggested initiatives for resolving the crisis and avoiding bloodshed, is astounding. It would seem to indicate that revenge on the Brotherhood comes before the country’s interests, and before its safety and integrity. It also demonstrates that there is an inability among many to organize their priorities, and that the appetite for revenge supersedes the nobility of justice; that controlling institutions in the short term is preferred to stability in the long run, and lastly, that there is an inclination towards reactionary and reckless action. Brotherhoodization of the state’s apparatuses may not have succeeded. Will the same remain true when it comes to Brotherhoodization of the liberals?

In some circles of elites, the matter has escalated to the ‘moral assassination’ of a number of personalities who have played a patriotic role, reaching its apex when personalities such as Mohamed ElBaradei were accused of treachery by the very same people who fought alongside him in the same ‘trench.’ That some would even accuse him of being part of a Brotherhood sleeper cell is no longer inconceivable. The issue, however, was not limited only to ElBaradei, but included a number of other respected personalities like Amr Hamzawy who was accused by one member of the media—in a futile attempt to characterize him as a remnant of Mubarak’s regime—of being Gamal Mubarak’s friend.

It is a strange thing when the political elite, along with some media outlets, attacks political initiatives, not as a result of their objection to the content of the initiatives but for the sake of refusing them, as though the suggestion of initiatives to resolve a national crisis is itself an act of treason. It becomes even stranger, when an attack such as that against the ‘Third Square’ initiative is launched—an initiative that did not espouse violence, so far as I am aware—without so much as an attempt to understand what this Square was calling for. All this represents a chain of rigidity in prescribing the conditions of a possible resolution, and the refusal of any suggestion, without even knowing what ideas it may contain, that would neutralize, or even appear to neutralize that particular resolution. Everyone is contributing to charting a course of fascist ideology, and Egyptian society is rapidly sliding down it. The only things agreed upon by the two sides is a preference that both sides lose, rather than that they both win.

Instead of searching for a framework within which both sides can emerge as winners (if only relatively), each faction is striving to ensure that the other loses everything, even at the cost of emerging themselves from the battle empty-handed. It may be useful that we not limit ourselves to diagnosing the case, without analyzing the trauma. It may also be useful to delve deeply into understanding these practices, in light of the prevailing values, which are not adequately supported in the raising and upbringing of child (forgiveness, respect for the other, objectiveness, relying on facts as opposed to impressions, and precision in ascertaining verified information).  The disappearance of these values results in deviant practices, which contribute to the inability to reach a consensus, and, in turn leads to a deeply complicated political scene.

In order that my message not appear unfounded, I would ask my readers to allow me to share with them the results derived from a global poll, carried out in Egypt in 2008— that included a question about the values on which Egyptians raise their children. In it, the values of forgiveness, tolerance of the other, imagination and inventiveness came in at a relatively low ranking, while the value of obedience came in relatively highly ranked (in Egyptian society as compared to others). Perhaps we should not look towards the negative phenomena revealed by the political scene, without exploring the cultural and societal reasons underlying it, so that we might change our reality, if only over the long term. This would lead us to a conclusion that, in essence, that we need a cultural revolution to re-establish the human values that govern Egyptian society. 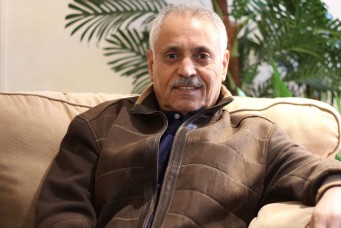 Lose Your Privileges or Gain a Homeland?

Public Attitudes on the Eve of Morsi’s Fall