Israeli Prime Minister Benjamin Netanyahu’s address to the UN General Assembly may go down in retrospect as a sign of two linked issues: how badly out of touch he is with the rest of the world, and how the traditional Zionist use of scare tactics to maintain virtually absolute American support for any Israeli action is steadily wearing thin.

His two principal points were that Hamas, Iran and ISIS emanated from the same roots and had similarly dangerous and predatory global aims, and that it was foolhardy for the United States and other Western powers to negotiate an agreement with Iran on nuclear issues and removing sanctions. All of those basic points he made are factually wrong. Consequently, because he has repeated them so many times without offering any proof beyond his own deep frowns and wild exaggerations, these points do not gain traction among the American public. They have also created the greatest strains in top-level U.S.-Israeli relations for generations.

The accusation that Hamas and ISIS are two branches of the same tree is palpable nonsense. The only thing they have in common is that they draw on Islamic doctrines and values as their guiding principles — in the same way that all recent American presidents and some weirdo, kookie Texan cults have all based their actions in Biblical texts and values. In both cases, though, each group interprets the religious text in very different ways, leading to very different actions that are worlds apart.

The repeated mistake Netanyahu makes — or perhaps it is a deliberate lie — is to see any movement or rhetoric in the Middle East that references Islamic values as a dangerous threat. Indeed, Iran, Hamas and ISIS all claim to act on the basis of religious principles, even dictates, but they operate in three very different universes that Netanyahu conflates into one.

Hamas is a resistance movement that was born in the 1980s primarily to fight against the Israeli occupation of Palestinian lands. Iran is a strong and proud ancient civilization and country that lingers under the fading influence of its 1979 Islamic Revolution, but mostly is powered by a determination not to bend to Western colonial manipulation and threats anchored in double standards. ISIS is a violent, cult-like movement that emerged in recent years from the post-1990s legacy of Al-Qaeda, and both reflect a fringe micro-minority of Muslims who react to the despicable way they have been treated for decades by their own power structures and invading foreign armies alike (American, British, Soviet and others).

It is telling that Al-Qaeda and, more recently, ISIS have tried repeatedly to harness mass support among Arab public opinion, but always without success. The masses of Arabs who are discontented with their socio-economic or political conditions and look to their faith for succor, hope and strength, chronically reject the cults of death, destruction and terrorism that ISIS and Al-Qaeda represent; instead they support the nationalist-, resistance- and community-based strategies of groups like the Muslim Brotherhood, Hamas, Hezbollah and others of this kind. ISIS has only been able to control some lands in Syria and Iraq by the threat and use of brutal force, rather than by the consent of those whom it rules (with very, very few exceptions that prove the rule).

Hamas and Hezbollah are very similar groups that are anchored in Islamic values and operate in several arenas that reflect widespread public sentiments: resistance to and liberation from Israeli occupation, building more equitable and less corrupt societies, and, in their words, defiance of American-led Western and Israeli hegemonic aims. Their relative successes have earned them significant indigenous support; their real problem is that they have not been able to offer their people a long-term strategy or national vision that transcends military resistance and regular bouts of savage and destructive wars with Israel. Netanyahu refuses to acknowledge that Hamas’ birth and development are almost totally a reaction to Israeli policies of occupation, annexation, colonization, death, mass imprisonment and racist-like repression.

Iran is a totally different story, and one that has evolved recently with the election of President Hassan Rouhani, whose government has negotiated seriously with world powers to resolve disputes related to nuclear issues and sanctions. The fact that the United States, European Union, Russia, American public opinion, and practically the entire world support the negotiations with Iran indicates how isolated Israel is in its hysteria about Iran’s potential threat. Netanyahu’s claim that Iran is the greatest threat to world peace should be viewed in the context of the most recent WIN/Gallup International Global Survey of 65 countries that identified the world’s most dangerous threat to world peace as the United States (24% of respondents), followed by Pakistan (8%), China (6%), North Korea, and then Israel and Iran (5%).

Rami G. Khouri is editor-at-large of The Daily Star, and director of the Issam Fares Institute for Public Policy and International Affairs at the American University of Beirut, in Beirut, Lebanon. On Twitter: @ramikhouri. 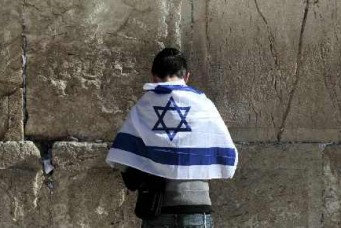 Netanyahu and the Iranian Threat 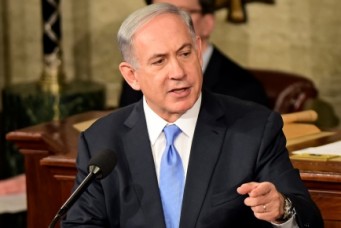