The Supreme Council of the Armed Forces (SCAF), which has governed Egypt since the fall of Hosni Mubarak—and apparently wants to hold on indefinitely—can’t justify itself on its record. Especially when it comes to human rights.

SCAF presented itself as the shepherd of Egypt’s transition to democracy. Instead, SCAF trampled rights of Egyptians across the board, repressing speech and public gatherings and preserving an unfair justice system. In some areas, SCAF has outdone Mubarak.

Take the Emergency Law instituted in Mubarak’s first year in power and maintained ever throughout his rule, which, among other things, allowed officials from the Interior Ministry to detain people indefinitely without charge. It also permitted trials in state security courts that did not provide the right to an appeal, did not allow defendants adequate access to lawyers outside of the courtroom, and did not investigate allegations of torture. In 2011 alone, more than twelve thousand civilians, including children, faced unfair military trials that failed to provide the basic due process rights of civilian courts—that is more than the number of military trials of civilians during Mubarak’s entire thirty-year rule.

Just two weeks after Egypt’s newly elected parliament let the Emergency Law finally expire at the end of May this year, the SCAF-appointed Ministry of Justice decreed that members of the military police and intelligence services  have the right to arrest civilians. This would also give them jurisdiction to bring those civilians before a military court—effectively reinstating key aspects of the Emergency Law. A court overturned the decree.

SCAF took steps to expand its reach into government with a vague decree resuscitating the National Defense Council, an institution from the past with an undefined mandate. Eleven of its sixteen members would come from the military and decisions would only be taken by absolute majority, theoretically prolonging SCAF by another name. In June, right after dissolving parliament following a court ruling, SCAF granted itself legislative powers and removed the control of the military from presidential purview.

If evidence was needed that military justice cannot be trusted to hold military law enforcement officers accountable for abusing citizens, one only has to recall the acquittal in April of a military officer who administered so-called “virginity tests” on unmarried women detainees following their arrests at a demonstration.

Throughout last year and into 2012, police and soldiers still habitually beat and tortured peaceful demonstrators. As recently as May, soldiers beat detainees as they dragged them from Tahrir Square and again in detention. Whips, sticks, and boots are the favored tools although some detainees also receive electric shocks. Soldiers have arrested medics and journalists as well.

The SCAF interregnum also features assaults on free speech and the press, including military trials of protesters and bloggers, numerous interrogations of journalists, and the suspension of granting new satellite television licenses.

The importance of human rights in Egypt’s power struggle should be clear: no Egyptian constitution has protected citizen rights against a secretive and unelected military operating as the real power in the state. A new constitution should clearly and unequivocally defend all Egyptians from arbitrary arrest, torture, indefinite detention, and a host of other long-standing abuses. And laws should punish such wrongdoing.

SCAF has shown a single-minded approach to keeping power while tossing civil liberties aside. Yet, the divided groups that overthrew Mubarak—Islamic and secular, left, right and center—have never set out their notions of the immutable rights of Egyptians.

The elected president, Mohammed Morsi, ought to be leading the way in this. It is not enough to tell Egyptians he loves them all, as he did in his unofficial inaugural address in Tahrir Square on June 29. Morsi has defied SCAF by trying to reinstate parliament but he should now apply equal energy to insuring that any future government respects human rights.

In all dealings with SCAF, its post-uprising record should be kept firmly in mind. And Egyptians of all political stripes should come together to support the rights of free expression, assembly, and independent, fair and open justice.

Daniel Williams is a senior researcher in the Emergencies Division of Human Rights Watch. He was previously a foreign correspondent for the Washington Post, Los Angeles Times, Miami Herald, and Bloomberg News. 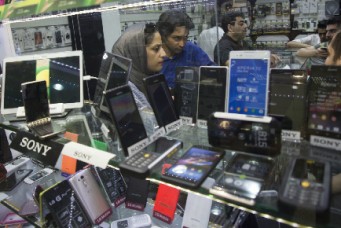 A Year On, Have We Lost the Plot?