Witnessing the popular and democratic revolutions sweeping across the Middle East, it is ironic to see that the United States and the West are focusing only on the perceived threat of Islamists coming to power democratically. While it is no surprise to us that the West is ready to forego its cherished democratic principles when it comes to Islamists being popularly elected (see Algeria and Palestine), it is all the more disturbing that they do not seem preoccupied about more dangerous extremists gaining influence in their own countries. This all points to a skewed Western worldview and a loosening grip on global reality.

In Europe, the same extremist forces that led the world to war are regaining influence, through social intolerance and right-wing parties gaining momentum across the continent. In the United States, the entire host of Republican candidates form a frightening bunch of populist, misinformed and misguided politicians. These mainstream extremist forces in America seek to break the social contract, to constrict government and further cut spending at a time when the economy needs it most. The austerity logic at work in Europe is equally foolish, as Paul Krugman admirably pointed out in the New York Times.

While Islamists coming to power in the Arab world is a phenomenon driven by hope, moderation and the popular ideals of the Arab Spring, America and Europe are seeing a rise of true extremism driven by fear. If anything, what the Arab world is trying to tell the world today is that extremism does people and society no favours. They have been down paths of extremism and chaos and they emerged from impossible circumstances to bring popular elections and a new Arab hope. I am confident that America and Europe will recognise that their politics and economics cannot be driven by fear, but rather by courage and hope.

I also trust that the West will reconsider its one-sided vision of Islam and Islamism. The Arab world is grounded in Islam and its values of assisting the less fortunate, striving to better oneself and ones society, while leading through moderation and tolerance. The history of Muslims in Spain and in Europe is an example of these deep-seated values and history. It is only to be expected that Muslim people who have gained much in their lives from Islam should also vote for parties based on those same values. The West must stop branding Islamists as the enemy, as it is this that can lead to a self-fulfilling prophecy of confrontation.

As the West adapts its attitudes to the Arab world, it will also have to recognise that Arab Gulf countries now stand with India and China as the most reliable lenders to the West and most dependable partners in rescuing the world economy. Through their sovereign reserves, the Gulf has done a great deal already to support the dollar and the Euro and Gulf countries will play an important role in the next round of economic recovery measures. This is a role that it must fully assume today by reorganising itself as an important helping partner to the West with equal say in recovery talks, and with no hint or suggestion of coercion.

It is time for those in the West to take a long hard look at themselves, rather than focus their fear on misinterpreting positive new forces of change elsewhere. The world is a different place today, with new partnerships and new models of governance. The Arab world has moved ahead. It is time for the West to follow.

Hassan Yassin, a former head of the Saudi Information Office in Washington, is a political consultant based in Riyadh. 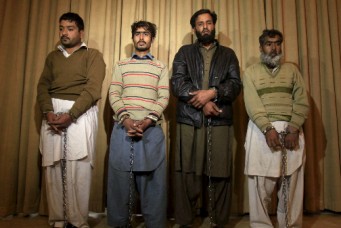 The Arab League and the European Vision