At a private gathering last week, the Middle East editor at one of the world’s leading newspapers described the Arab world as “a comprehensive mess.” Is it?

Civil wars and a new type of jihadism rage across the eastern Mediterranean. Islamism and nationalist secularism polarize North Africa. Sectarianism divides Iraq and Yemen, and threatens the Gulf. In the last three years, about quarter of a million Arabs were killed, and over two million lost their homes. The region, indeed, looks like a comprehensive mess.

In a way, this mess is transitional. In the last half century, the Arab world was exceptionally stable. Up until three years ago, the average tenure of Arab presidents was a quarter of a century. Several Arab ministers were in their positions for more than three decades. Political scientists put forward explanations why the “waves of change” that had transformed Eastern Europe, Latin America, and increasingly Asia, never materialized in the Arab world. Some scholars questioned whether “the Arab mind,” “Arab heritage,” or “Islam” made “the Arabs different.”

Suddenly, change came to the Arab world. Most observers imbued this change with huge potential because it materialized in the form of peaceful demonstrations by educated and world-exposed young Arabs. For many, it was the “Arab Spring.”

Then demonstrators went home; political processes were put in place; and it was elections season in many parts of the Arab world. In almost every single real election in North Africa and the eastern Mediterranean, the Islamists won. Few paused to reflect on what those Islamists had intended to do, on whether their ascent to power represented a progress or regress. The key point was that the promising, secular, young Arabs who represented the “Spring” had been marginalized. Observers began to talk of an “Arab winter.”

And then the democratic transitions trailed. Fissures started to open across the region. Blood started to flow. The dynamism, clashing ideas, opposing identities, and social soul-searching that were suppressed for decades—under not only autocratic, but unimaginative and lethargic regimes—have boiled to the surface. It would have been impossible for Arab societies to confront all of these demons emerging from the past (dark) half century, in a peaceful way. Edmond Dantes did not get out of Chateau D’If and decide to talk to those who conspired against him. The Karamazov brothers did not sit with their father to discuss the past over tea and cakes. Revenge is a powerful feeling, a compelling cause. And when injustices have been ignored for decades, anger acquires a special potency.

This desire for revenge, for making right what went wrong, for standing up for ideas and identities that were crushed for decades, is a key reason why most fighting groups in the Arab world today proclaim, and believe, that they are “the righteous group,” “God’s party,” or  “the representatives of the people.” In a sense, they all represent some people.

The Arab world is undergoing its most dramatic transformation since the fall of the Ottoman Empire. It will be a long and very bloody transition. But it is a transition, which means that the current state is only a phase. There is a destination, a different order of things, that the Arab world will arrive at in the medium term.

There will be a lot of blood—much more than we have already seen—en route to that destination. Sectarianism, polarization, the battle for and against Islamization, and the battle between opposing identities, and between powers entrenched in their places and powers trying to dislodge them and take their positions—all of these will claim many more lives. It is a sad historical moment. But it is a moment, and it too shall pass.

Nations cannot escape history. Arab societies were denied the experiences of growth, of coming of age, that many European, Latin American, and Asian societies had undergone. The blame does not fall only on the authoritarian Arab regimes that had dominated the Arab world in the last half century. Large social segments across the Arab world have preferred the comfort zone of the customs, traditions, heritages, and political structures that they have known for decades, even centuries. They rejected experimentation. They were not daring enough.

Now, these societies confront the energy, pains, wrath, desires, wants, aspirations, ugliness, hate, and fury that were suppressed and ignored. These feelings are now emerging randomly, colliding with each other, creating chaos.

But, after a while, this energy will abate. The colossal social groups in the region—young Arabs and the growing middle classes—will gradually pull the reins on the loose forces. And herein lies the potential that the current “comprehensive mess” disguises.

This moment of transition and despair correlates with the changing role of the state. Since the late 2000s, the Arab private sector has replaced the public sector as the largest investor in almost all Arab economies. For the first time since the early 1960s, the Arab private sector has become the largest employer in the region. The state is no longer the paymaster of the largest sections of Arab societies. Arab business and social entrepreneurship are thriving—and not just in the Gulf’s glittering cities and the posh neighborhoods of Amman, Beirut, Cairo, and Casablanca, but also in dozens of socially deprived places. Learning English and computer skills is mushrooming across the Arab world.

There is a massive socio-economic force in the region that has not made its demands clear, since early 2011. Crucially, the reasons that led millions of young Arabs to take to the streets in 2011 remain in place. The Arab world continues to suffer from authoritarianism, dismal respect for political and civil rights, a blurring between power and wealth, and a shocking disconnect between older Arab generations and the 180 million under 35 years of age.

Right now, Arab youths and middle classes are marginalized. They seem to be quiet observers. Meanwhile militias, jihadist groups, forces of political Islam, royal families, and military regimes fight amidst the crumbling of the Arab order of the previous half-century. Confusion and fear of a complete disintegration of the notion of the Arab state make the young and the middle classes cautious, absorbing the avalanche of developments unfolding across the region, and weighing their options. But these colossal social groups will take action, sooner than many observers think. Their action could stir another round of demonstrations, which almost certainly will beget more violence and blood. But it is the dynamism, interests, exposure, and desire for change of these social groups that will rescue the Arab world from this phase of transition, and lead it towards the next phase.

The region will then move beyond the obsession with revenge, clashing identities, and settling historical scores toward sustainable ways of living together, toward cherishing its diversity. The realization that this is the sole route to survival will sink in. This will be the dawn of a new Arab order. The Syrian poet Nizar Qabbani put it succinctly: “realizing the offences we have perpetrated; realizing the roots deep inside of us; the rise will happen from under the rubble; like an April almond flower emerging from sorrow; for revolution is born out of grief’s womb.”

Tarek Osman is the author of the international bestseller Egypt on the Brink. 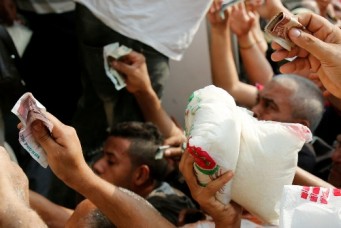 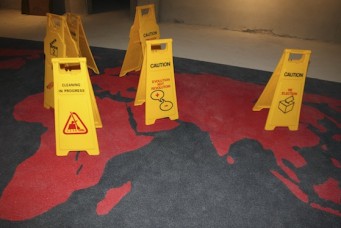