The incoherent and problematic verdicts in the case against former President Hosni Mubarak and his sons and associates are an important measure of Egypt’s troubled and chaotic transition. How a nation in transition accounts for past injustices is a telling indicator of the overall health of transition. Egypt has changed in tangible and consequential ways. Yet, the initial promise and the sense of transformational possibility that marked the fall of Mubarak is now something of a distant memory. The Mubarak trial encapsulates many of the flaws that have undermined the prospects for fundamental change in Egypt.

In the prosecution’s central case related to the violent crackdown against protesters, Mubarak and his former minister of  Interior, Habib El-Adly, were both found guilty in relation to those killings, but only as a result of their negligence in failing to stop the crackdown. Senior operational decision-makers within the Ministry of Interior, however, were exonerated for their roles and found not guilty. These verdicts staked out an implausible ground, shrinking the scope and nature of culpability while leaving unaddressed the fundamental question of how the decision to use lethal force against protesters was made and who made that fateful decision. In keeping with the tale told by the verdicts, it seems no one in all of Egypt was actually responsible.

This outcome was reflective of an ill-conceived process and a lack of fidelity to the possibility of justice. Security institutions chose not to cooperate with investigators and prosecutors—depriving them of irreplaceable evidence—and thus remained free to act with impunity.

Thorough-going transitional justice has been preempted by a reconfigured variant of the old regime, which has moved to consolidate its power. The modalities of transitional justice have consequently been tightly harnessed to this internal re-ordering. The absence of accountability is a sign of the failures of political change.

The struggle to establish accountability and come to terms with Egypt’s repressive past will almost certainly carry on. Its ultimate success or failure will be tied to the political fortunes of those segments of society that continue to push for a program of genuine reform. If those forces are eventually successful, then transitional justice may be deferred, but it will not be abandoned. Documenting the reality, mechanics, and legacy of repression may take years, decades even, as other transitioning societies have demonstrated. However, the very existence of a continued push to end impunity, establish mechanisms for accountability, and address the rights of victims is a critical facet of any effort to create a more open and responsive political culture and lay the foundations for a sustainable political process.

While the decision to prosecute Mubarak is an important one, it has, as things turned out, served as a prophylactic to change, too. The soap opera of the Mubarak trial—with the former president wheeled in on a gurney and confined in a courtroom cage with his two once-powerful sons, Gamal and Alaa—has obscured the continuity of Egypt’s post-revolution military rulers and the omnipresent state bureaucracy with the former Mubarak regime. By appearing to heed the demands of Tahrir for justice, the trial undoubtedly slowed the momentum for revolutionary change—including broader efforts to examine the legacy of authoritarian rule.

The outcome of the Mubarak trial was a reflection of a reorganized and revitalized old regime that has become increasingly confident in asserting its authority and hindering pathways to accountability and reform. The fragmentation of the Egyptian political class is partly responsible for this unfortunate state of affairs, which has facilitated the retrenchment of military rule. With the transition period dominated by the struggle for political power, the animating rationales that sustained the Egyptian uprising have largely been put aside.

To the extent that transitional justice modalities have been brought to bear, they have almost exclusively hewed to  the political imperatives of the Supreme Council of the Armed Forces (SCAF). The pattern points to the military’s efforts to diminish rivals while ensuring a stable but minimalist transition. Successful prosecutions have largely been limited to the business elite that grew up around Gamal Mubarak and the tight inner circle of advisors surrounding the former president. There has been a lack of serious vetting within the Ministry of Interior to bar police officials responsible for past abuses from continued participation in government service. There has also been an unwillingness to hold police accountable for the deaths of protesters—even the senior leaders charged and prosecuted alongside the former president. These omissions have similarly played an important role in cementing a hierarchy of power that has placed SCAF in a position of clear superiority to the police while limiting any possibilities for retaliation from within that ministry.

Prosecutions by their very nature are selective, and may raise rule of law quandaries. They may exacerbate the polarization of a divided society. They are also time-consuming and resource-intensive. They cannot, as a matter of practicality, shoulder the entire burden of transitional justice. There should be other elements, such as the convening of truth commissions and victims’ rights processes. Nonetheless, the initial decision to prosecute Mubarak was important and correct. Accountability remains a core goal of transitional justice. A methodical investigation coupled with the scrupulous application of existing Egyptian law would have been extremely laudable first steps in the effort to lay the foundations for a rule of law culture and would have had cascading effects on political reform.

There is a lack of consensus in Egyptian society about the meaning of the revolution. Nearly half of Egyptian voters cast ballots for a man who served as Mubarak’s last prime minister. Certain segments of the population are in denial about January 25, allowing some Egyptians to attribute regime-perpetrated violence to outside infiltrators and to the protest leaders themselves.

The fate of one man and of his close associates pales in comparison with the enormous challenges facing Egypt. But prosecuting Mubarak, and producing the beginnings of an unimpeachable historical record of abuse, repression, and  criminality, would have created a genuine and necessary basis upon which national reconciliation could proceed.

The struggle for power is not over. Nor is the pressing need to expand the boundaries of inquiry to include the broader historical framework in which the Mubarak regime was simply the most recent stage. The normalization of repression and its systemization over decades must be acknowledged through prosecutions and other mechanisms of transitional justice if Egypt is ever to fulfill the promise of January 25. Expedient amnesia will further the possibility for the entrenchment of authoritarianism, which will in turn undermine the prospects for democracy and kill the chance of realizing liberal political goals.

Michael Wahid Hanna is a fellow at The Century Foundation. He focuses on international security, human rights, post-conflict justice, and U.S. foreign policy in the Middle East. He is a regular contributor to the Atlantic and Foreign Policy’s Middle East Channel, and can be followed on Twitter at @mwhanna1. 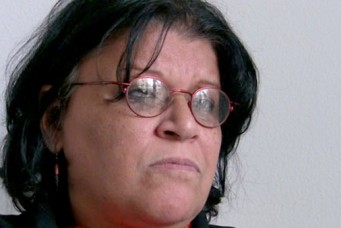